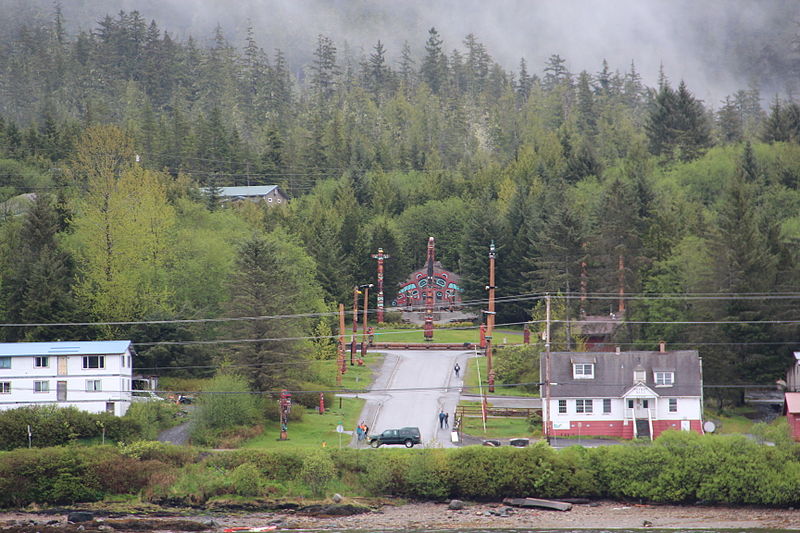 A view of Saxman Totem Park.

Saxman, Alaska (KINY) - May was a busy month as the City of Saxman spent a lot of time mitigating the hazard of spreading COVID-19 to staff and residents.

According to City Administrator Lori Richmond, the city received $293,120 in CARES Act funding that was distributed by the state on behalf of the U.S. Treasury.

“Additionally, I was able to secure another $367,775.00 from the [Ketchikan] borough as pass-through funds," Richmond stated in her monthly report to the city council.

Richmond added that staff and the council have attempted to edit a list of tasks that are mandatory in order to successfully handle a "surge capacity" as well as keep employees, staff, and residents as safe from exposure as possible.

“This task will be paid for by CARES Act funding as they meet the guidelines provided by the U. S. Treasury,” Richmond stated. “I also requested the city attorney review the projects and make an opinion on the legitimacy of each one to meet the CARES Act guidance.”

Also of note, the city is working toward a new website and live streaming of council meetings.

“I am excited to get started on the website and webcasting of council meetings,” Richmond stated. “This is one thing the council can do to eliminate the risk of transmission … while adhering to the requirement that the people have access to their government.”

Richmond added that she is growing concerned about the state of the totem poles that are
currently in the Saxman Totem Park. She states she is actively working on getting inspections and brainstorming ways to get them repaired or re-carved.

A new master plan is being started by Corvis Design, and Richmond stated the first step is to have an economic feasibility study done in order to help guide how to make the park financially solvent while re-establishing a plan for improvements.