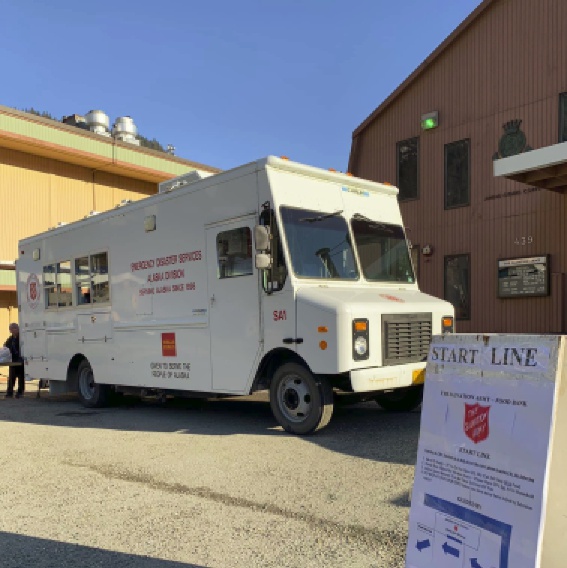 Juneau, Alaska (KINY) - The annual Salvation Army Thanksgiving event, hosted by The Hangar on The Wharf for the past 23 years, will be held on Nov. 26.

This year it will take on a new form, pooling the efforts of United Way of Southeast Alaska and partners, The Salvation Army, The Glory Hall, and two other Juneau restaurants—In Bocca al Lupo and TK Maguire’s, preparing a total of 600 meals between them.

Meals will be served by Salvation Army volunteers from the silver cantina parked at the Downtown bus terminal by the parking garage.

The unsheltered and all families in need in the community may collect meals from 11 a.m. to 1 p.m. Salvation Army volunteers will also be delivering meals to those that are unable to collect them.

Reecia Wilson, the owner of The Hangar, said, “Although it will look different from the customary dine-in event, I’m proud that we could come together as a community, and carry on with this tradition, despite the challenges of the so-called ‘new normal’. In particular, I want to acknowledge the contributions of my fellow restaurateurs, and donations we received from United Way and Salvation Army, and Dick Hand of Alaska Seafoods, who has smoked the turkeys for the past 23 years.”

“With this event and the CARES Act distribution of over 30,000 meals it is heartwarming to see Juneau pull together in times of need ... a lot to be thankful for,” said Kirk Stagg of United Way.