Running on Rain: Juneau welcomes electric bus to its lineup 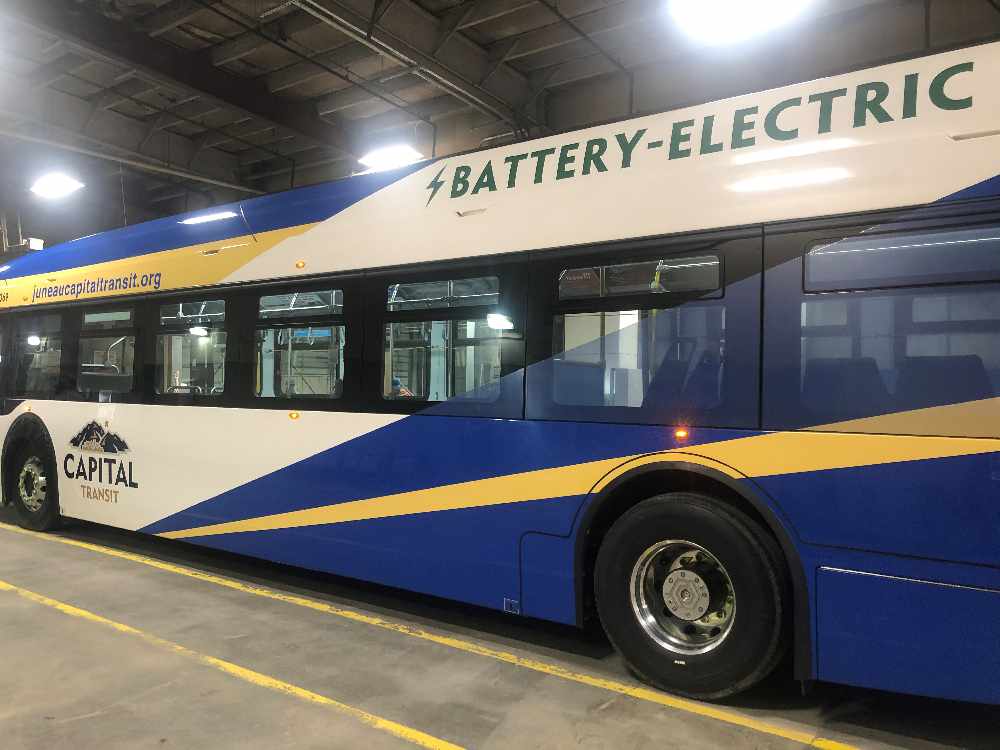 The Proterra ZX5 will be the first fully-electric bus owned by a public transit agency in the state, according to a release from the City and Borough. It marks the beginning of a transition from diesel to electric-powered buses that Capital Transit is undertaking.

"It'll be one of seven here shortly" said Juneau Mayor, Beth Weldon, in an interview with News of the North as she rode on the inaugural drive of the new bus. As the older vehicles age, the city plans on replacing them with electric versions. So far, funding has been secured for seven additional buses, out of the 18 total in Juneau's fleet.

Several other speakers gave remarks at the event, including Governor Mike Dunleavy. He called the new bus a great step forward for the state, and mentioned the possibility of using Alaska resources for developing more electric vehicles. "You're gonna need some of the materials to build these batteries, we can do it better we can do it right here in Alaska," said Gov. Dunleavy. "That stuff has to come from somewhere."