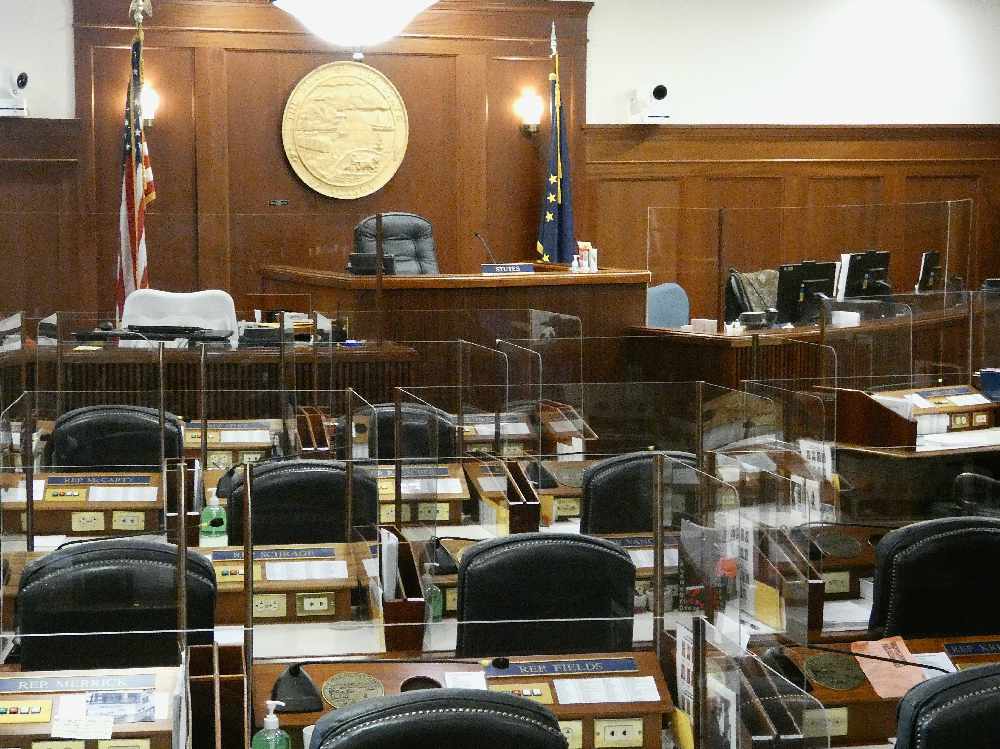 (Alaska Beacon) - Republicans hold 21 of the 40 seats in the Alaska House of Representatives after the first full run of Alaska’s new ranked choice voting system, but their ability to form a governing majority isn’t certain.

“I guess I’m still a little bit stunned,” McKay said. “I had kind of braced myself for a loss.”

Elsewhere on the ballot, all three incumbents for statewide office entered the day ahead of their opponents, and all won reelection handily.

Gov. Mike Dunleavy became the first Alaska governor reelected to office since Tony Knowles in 1998 and the first Republican to do so since Jay Hammond in 1978. He finished with more than 50% of the vote, avoiding the need for a ranked choice voting redistribution in his race.

For the U.S. Senate, incumbent Republican Lisa Murkowski led three challengers before the final tabulation, then had 53.7% of the vote after the ranked choice process. Her closest challenger, Republican Kelly Tshibaka, had 46.3%.

In the Alaska Senate, former Senate President Cathy Giessel, R-Anchorage, will return to office after defeating incumbent Republican Sen. Roger Holland, the man who defeated her in 2020.

She was among 11 Republicans elected to the 20-person Senate.

Four of those Republicans, including Giessel, were elected despite the disapproval of local party officials, who preferred other Republican candidates.

Some Republicans, including Giessel, are expected — as soon as Friday — to announce the formation of a bipartisan coalition Senate majority that includes the Senate’s nine Democrats.

Wednesday’s results are unofficial and the Division of Elections expects to certify them on Nov. 29. Recounts are possible. State law allows a losing candidate to request one in any race, but the candidate must pay for the recount unless the result is within 0.5%.

The final number of ballots cast was 266,573, which was the lowest since 2010 and more than 18,000 fewer than in 2018, the most recent midterm election. Turnout dropped particularly sharply in the four western and northern rural House districts.

Because Dunleavy finished with more than half the vote, no ranked choice sorting was needed.

In a celebratory message posted online, Dunleavy thanked his supporters and said he looks forward to working with the Legislature in his next term.

Gara and his lieutenant governor candidate, Jessica Cook, said in an emailed statement, “We wish Governor Dunleavy and Lt. Governor Dahlstrom well in navigating a road ahead that would be difficult no matter who won this election.”

Celebrating with supporters at 49th State Brewing in Anchorage, Peltola said, “It’s a two-year contract, and I will be happy to work for Alaskans as long as they’ll have me.”

After Bye and Begich were eliminated and their voters’ subsequent preferences calculated, Palin trailed Peltola by about 10 percentage points, a wider margin than Palin’s loss to Peltola in an Aug. 16 special election to temporarily replace Congressman Don Young after his death.

Peltola said she intends to work on reducing partisanship during her term.

“Alaskans are ready for an Alaskan to represent them who isn’t spouting kind of the canned messages that we hear nationwide. I think it shows that Alaskans wholeheartedly embrace nonpartisanship, embrace working together and tackling the issues that Alaskans face,” she said.

Murkowski earned her fourth full term in the U.S. Senate, defeating two Republican challengers and a Democratic opponent. In a prepared message, she thanked supporters and said she looks forward to continuing her work in the Senate.

Murkowski entered ranked choice tabulation as the first preference of 43.4% of voters, ahead of Republican Kelly Tshibaka (42.6%), Democrat Pat Chesbro (10.4%) and Republican Buzz Kelley (2.9%), who suspended his campaign and endorsed Tshibaka.

After Kelley and Chesbro were eliminated, Murkowski had 53.7% of the vote and Tshibaka the remainder.

Before tabulation day, Tshibaka had suggested that she might legally challenge the result if Murkowski won via ranked choice sorting. On Wednesday night, she issued a statement saying that she was disappointed in the result but, “It’s clear from the ranked choice tabulations that Sen. Lisa Murkowski has been re-elected, and I congratulate her on that.”

Alaskans elected 11 Republicans and nine Democrats to the 20-person Senate, enough for Republicans to hold the majority if they stick together. In a public message earlier this week, Senate Majority Leader Shelley Hughes, R-Palmer, urged Republicans to form a majority, but that seemed a slim possibility on tabulation day.

For years, the Senate’s Republican majority has been split by a variety of issues, and the budget has advanced from the Senate only because Democratic members have been willing to support the proposals of some Republicans.

At least five Republicans are expected to join Democrats in a coalition majority before the start of January’s legislative session; several senators-elect said they were awaiting the results of tabulation day before announcing their new organization.

The 21-19 split in the Alaska House after tabulation day is similar to the one the House experienced after Election Day in 2020. After that election, Republicans were unable to organize a majority, and in February, after the start of the legislative session, Rep. Louise Stutes, R-Kodiak, and Rep. Kelly Merrick, R-Eagle River, joined a coalition majority.

Legislators elected Wednesday said it’s too early to tell what will happen in the House now.

Asked whether he will seek a recount of his four-vote defeat, Wells said he doesn’t have an answer yet but will be having conversations about his options.

McKay attributed his victory to comments from the second Republican in his race, David Eibeck.

“His message to his voters was to rank me second. Publicly I need to thank David for doing that. Because he didn’t have to do that. And that obviously enabled me to catch up,” McKay said.

“Denny Wells worked really hard, and he deserves recognition for putting in a lot of hard work. And this has to be probably a little bit tough for him to see,” McKay said.

Hopkins was placed in a Republican-leaning district during the state’s once-per-decade redistricting process.

In North Anchorage, Groh said he was “thrilled” by the result of his race, which saw a Republican district flip Democratic.

Though he and fellow Democratic candidate Lyn Franks ran ads asking their supporters to rank the other Democrat second, he said he was “by no means certain of the result.”

He and other candidates attributed their success to door-to-door campaigning, and Groh thanked his supporters for helping in that effort.

On the other side of Alaska’s largest city, Coulombe said she and fellow Republican candidate Ross Bieling formed “somewhat of a united front” that allowed her to overtake nonpartisan candidate Featherly in the final tabulation. More than half of the voters who chose Bieling first switched to Coulombe after Bieling was eliminated.

Featherly called his loss “disappointing” but said he knew entering the race that it would be difficult to win a Republican-leaning district, even as a moderate independent.

He simply ran out of time to meet and convince voters to choose him, he said.

“It’s just great that we have a democracy and that voters speak and they choose their representatives, and then we move forward,” he said.