Republican to hold Alaska US Senate seat after ranked voting 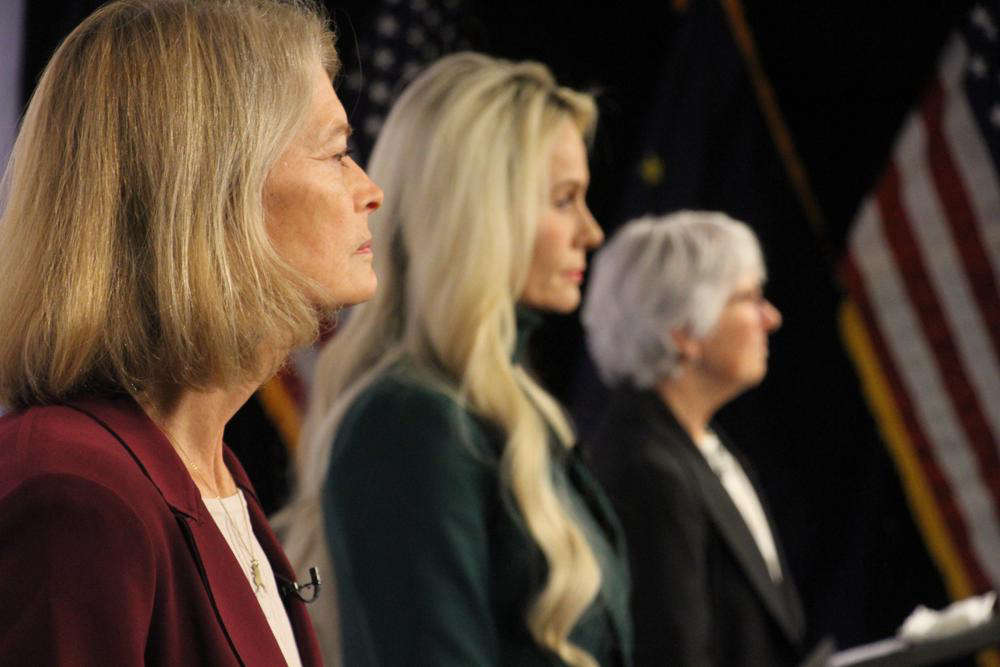 Under ranked voting, ballots are counted in rounds. A candidate can win outright with more than 50% of the vote in the first round. If no one hits that threshold, the candidate with the fewest votes is eliminated. Voters who chose that candidate as their top pick have their votes count for their next choice.

Murkowski touted her seniority and willingness to work across party lines to advance Alaska’s priorities. Murkowski is the most senior member of Alaska’s congressional delegation, following the death in March of Republican Rep. Don Young, who held Alaska’s House seat for 49 years.

But Tshibaka argued it is time for a change. She noted that a Murkowski has held the Senate seat since 1981; before Lisa Murkowski, it was her father, Frank Murkowski. Tshibaka, after voting on Tuesday, told reporters she was “excited and confident.”

Murkowski in a recent interview said she felt good about the support she’s received but said voter turnout is key. She said in 2010, many of her supporters “kind of took for granted that I was going to be OK,” and she lost her Republican primary to tea party upstart Joe Miller. She ultimately held onto the seat with a general election write-in campaign that year.

This year’s elections were conducted under a new system, approved by voters in 2020, that replaced party primaries with open primaries and instituted ranked voting in general elections. In this year’s August primary, Tshibaka finished second, behind Murkowski, with about 38% of the vote.

Chesbro, who joined the race late, struggled to gain traction, but Alaska Democratic Party leaders urged Democrats to “vote their values” and rank her first.

Tshibaka, a former commissioner of the state Department of Administration, said she worked during the campaign to shore up Republican support. She indicated that she did not rank Murkowski on her ballot.

“I didn’t vote her, either,” Murkowski told The Associated Press while sign-waving at an Anchorage intersection Tuesday evening.

Murkowski, who was censured by state Republican party leaders last year over grievances including her vote to convict Trump at his second impeachment trial, has a reputation as a centrist. She also cast herself as a coalition builder.

In ads, she said she is “for Alaska, always,” a nod to what she has said is her commitment “to the people, not to a party.”

Trump, who in that trial was acquitted, last month criticized the Senate Leadership Fund, a third-party group affiliated with Republican Senate Minority Leader Mitch McConnell, for running ads against Tshibaka. Tshibaka expressed frustration with the ads, too, saying that money would be better spent helping Republican candidates in other states.

She said she heard from Alaskans turned off by the TV ads and mailers. She has said she would not support McConnell for majority leader and dismissed suggestions she might be marginalized, if elected, in a McConnell-led conference.

Murkowski “can be controlled. I can’t be,” she said. “I think that’s exactly what Alaskans want, is somebody who’s not going to be controlled by D.C. but is an independent voice for Alaska.”

A spokesperson for the group, Jack Pandol, said Murkowski “has been a tireless advocate for Alaska and we are proud to support her reelection.” The group said its policy is to defend Republican incumbents.