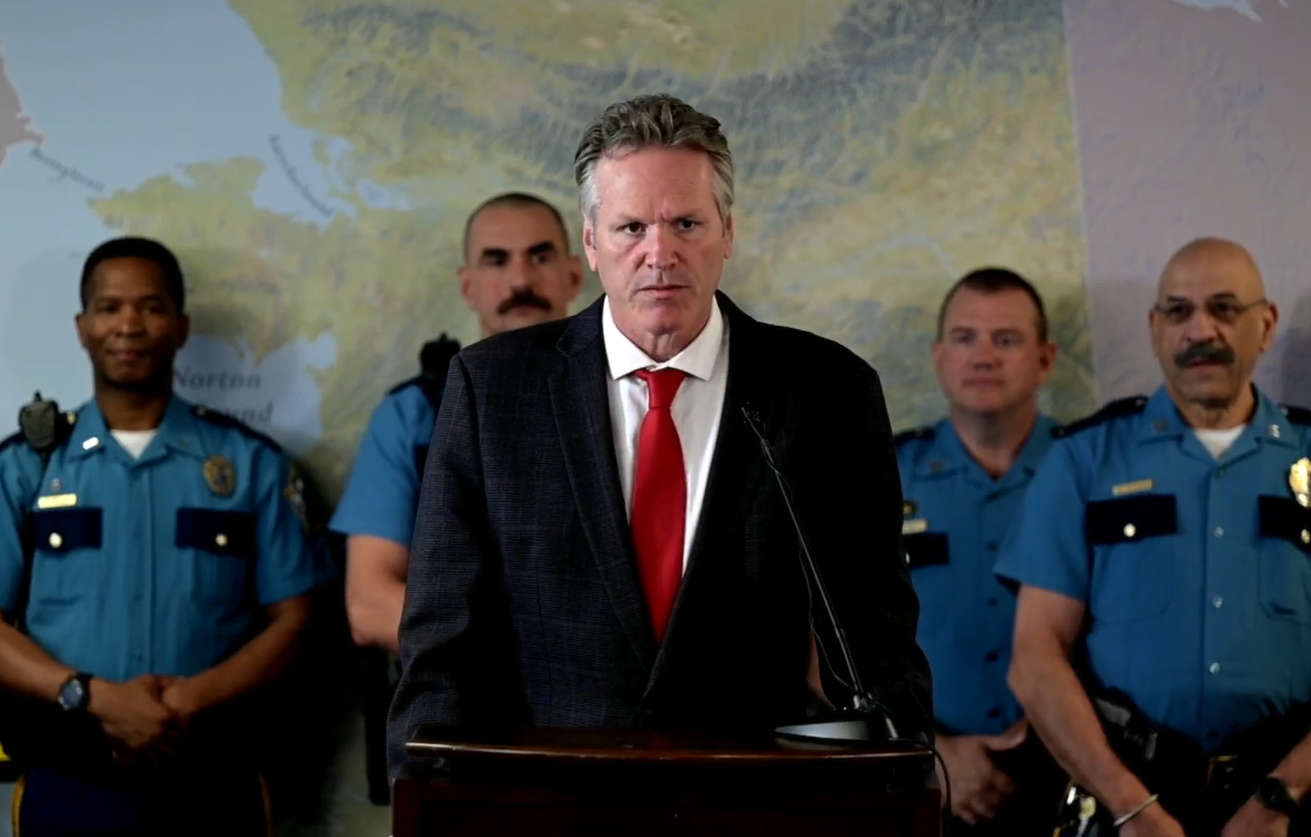 JUNEAU, Alaska (AP) — Alaska Republican Gov. Mike Dunleavy is vying to become the first governor in the state since Democrat Tony Knowles in 1998 to be elected to back-to-back terms.

His main opposition comes from former Gov. Bill Walker, an independent, and Democrat Les Gara, a former state lawmaker. Walker, who was governor from 2014 to 2018, dropped his reelection bid shortly before the 2018 race won by Dunleavy.

Republican Charlie Pierce is also running. The former Kenai Peninsula Borough mayor was sued along with the borough in the lead-up to the election by a woman who said he sexually harassed her when she worked as an assistant. Pierce rejected calls to suspend his campaign following the lawsuit. In August, he announced plans to resign as mayor to focus on his bid for governor.

Pierce’s running mate, Edie Grunwald, withdrew from the campaign after the lawsuit was filed in October.

Gara and Walker criticized Dunleavy for participating in just a handful of debates and for what they say has been a lack of leadership or vision for the state. Dunleavy argued the state, which struggled with deficits for much of the last decade amid low-to-middling oil prices, is in a better position than it was four years ago.

Oil prices earlier this year soared amid the fallout of Russia’s invasion of Ukraine, prompting rosier revenue outlooks for the state. Prices for North Slope oil have fallen from around $125 a barrel in June to the low-to-mid $90 range more recently.

Dunleavy defended his leadership during the pandemic and efforts aimed at improving public safety. He touted as substantial the dividend paid to residents this year from the state’s oil-wealth fund, which combined with a one-time energy relief payment totaled $3,284. Last year’s dividend was $1,114.

Debate over the size of the dividend has overshadowed other issues in the Legislature, contributing to drawn-out, divisive sessions. The amount available for dividends for years was determined by a formula. But Walker in 2016, amid deficits, vetoed about half the funds available. The size of the checks has been set by lawmakers since. Lawmakers have also begun using earnings from the oil-wealth fund, long used to pay dividends, to help pay for government, creating tension each year over how much money should go to each.

Dunleavy for years pushed unsuccessfully for a dividend in line with the formula, which many lawmakers have said is unsustainable. He later proposed dividing the annual withdrawal from earnings 50/50 between dividends and government expenses. This year’s dividend was in line with that approach.

Walker expressed concern that high dividends would put Alaska in “the express lane for high taxes.” He said he wanted a dividend that is “as high as we can possibly have” but not at the expense of other state programs or services. Alaska has no state sales or personal income tax.

He criticized Dunleavy over the lack of a state fiscal plan, an issue he struggled to get lawmakers to act on while he was governor.

Gara called for changes to Alaska’s oil tax structure that he said would provide revenues for “strong” dividends and prevent situations in which Alaskans are fighting over money for dividends, schools, the state construction budget and other programs. He said he sees changes in oil taxes as a source of revenue for the state that the public would accept.

“We can’t keep telling Alaskans they have to battle each other over crumbs,” he said in an email to supporters.

This is a ranked choice election, in keeping with a 2020 voter initiative that replaced party primaries with open primaries and instituted ranked voting for general elections. Under ranked voting, ballots are counted in rounds. A candidate can win outright with more than 50% of the vote in the first round. If no one hits that threshold, the candidate with the fewest votes is eliminated. Voters who chose that candidate as their top pick have their votes count for their next choice.

No Alaska governor has been elected to back-to-back terms since Knowles, who won reelection in 1998.