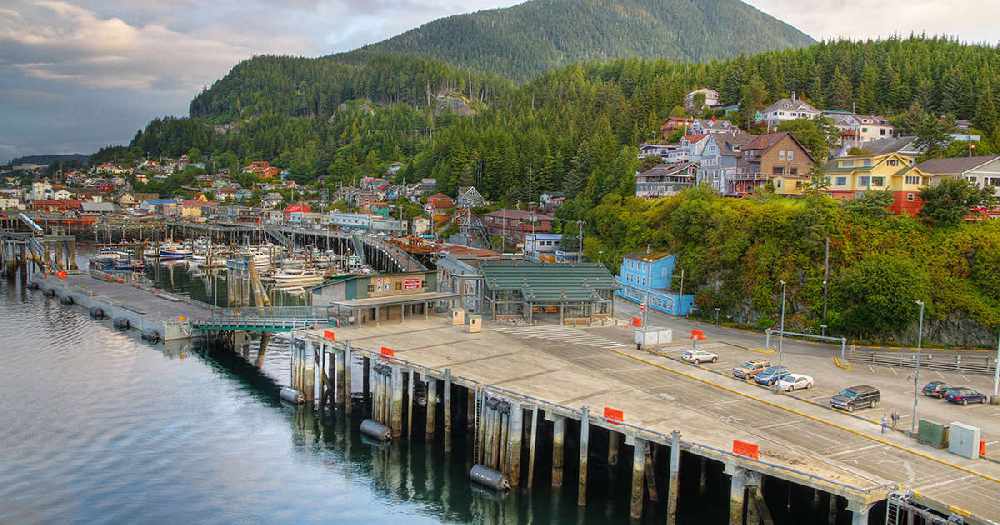 ANCHORAGE, Alaska (AP) — A pilot saw a flash on his left side just before his plane collided with another plane in Alaska, killing six people, according to a preliminary accident report released Wednesday.

The two planes carrying Alaska cruise ship passengers were returning from a flightseeing tour of Misty Fjords National Monument when the collision occurred May 13 northeast of Ketchikan, the National Transportation Safety Board said in the report. The collision was the first of three fatal plane crashes in eight days in the aviation-reliant state.

The surviving Otter pilot, who sustained minor injuries, told investigators he had not seen any conflicting air traffic on a device in the Otter that broadcasts a plane's location and picks up locations of other planes. The Beaver also was equipped with flight-tracking equipment, according to an earlier NTSB briefing on the collision in George Inlet.

The Otter pilot said the flight had proceeded normally until he descended and was maneuvering the plane to show passengers a waterfall when the collision occurred.

"According to the pilot, the DHC-3 airplane then rolled right and pitched about 40 degrees nose down toward the water in George Inlet," the report states. "He stated that he was able to maintain some control and flare the airplane prior to impact. The pilot estimated that the airplane impacted the water about five seconds after the collision. The pilot, some passengers, and some bystanders helped the passengers of the DHC-3 evacuate the airplane and move to the shore."

The smaller plane broke apart on impact, its wreckage was strewn over water and mountainous terrain. Much of the wreckage of the larger plane was submerged in 80 feet of water, nearly 2 miles from the other wreckage, according to the report.

Neither plane was equipped with a cockpit voice recorder or black box.

The collision was the first of three fatal plane crashes in little more than a week. Altogether, nine people have died.

In the latest crash, a 75-year-old man died after he became trapped inside a small plane that crashed in Prince William Sound on Tuesday.

On Monday, a passenger and the pilot of a Beaver commuter floatplane operated by Taquan Air were killed when the aircraft crashed in Metlakatla Harbor. After that second Taquan crash in a week, the air carrier voluntarily suspended operations until further notice.

Last summer, all 11 on board another Taquan Air flight survived when the 72-year-old pilot confused snow on a mountain with a body of water and crashed on a rocky mountainside on Prince of Wales Island.

A pilot and eight cruise ship passengers died June 25, 2015, when a de Havilland DHC-3 Otter operated by Promech Air Inc. crashed into mountainous terrain about 24 miles from Ketchikan, also as it was returning from Misty Fjords.

The NTSB later determined that pilot error, the company's culture and lack of a formal safety program were among the causes of that crash. Taquan Air purchased the assets of Promech in 2016, and currently employs three pilots who worked for Promech, a company spokeswoman said last week.