Report: Is an Australian miner acquiring Kensington Mine? 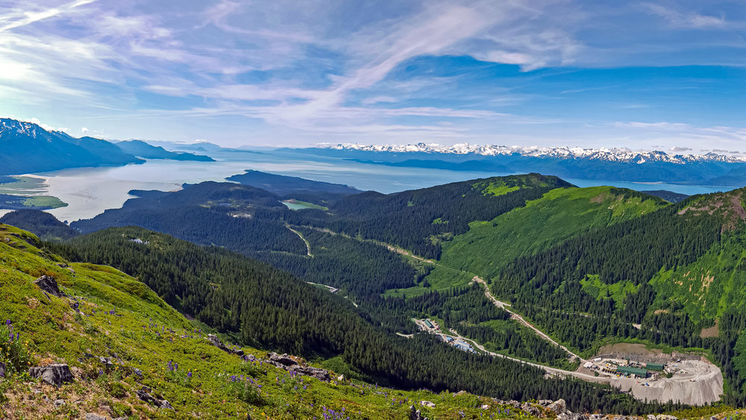 Juneau, Alaska (KINY) - Another Alaska gold mine could soon be owned and operated by an Australian mining company, according to a recent report in a highly regarded Australian business, finance and investment news publication.

According to North of 60 Mining News, Street Talk, a segment of the Australia Financial Review that provides daily updates on Australia's capital markets, recently reported that Federation Gold is in talks to acquire Coeur Mining Inc.'s Kensington underground gold mine in Southeast Alaska.

Federation is currently a private company that is reported to be raising US$35 million ahead of an anticipated US$115 million initial public offering in May, according to the Street Talk team.

This company is led by Mark Le Messurier, a mining engineer who served as CEO of Evolution Mining, an Australian company with a market capitalization of roughly A$5 billion, during its first six years.

Kensington would be a good fit for Le Messurier, who has extensive experience in building and operating modern, underground mining operations.

Following his departure from Evolution at the end of 2017, Le Messurier founded Tasman Mining, a company that holds the Blackwater gold project on the west coast of the South Island of New Zealand.

According to Street Talk, Federation Gold is believed to have the option to acquire Blackwater, a past producing underground mine that hosts 940,000 metric tons of inferred resource averaging 23 grams per metric ton (695,000 oz) gold.

Federation Gold Chairman Jim Askew has more than 40 years of experience in the mining sector and sits on the boards of Syrah Resources and Evolution Mining, both Australian Securities Exchange-listed mining companies.

Officials from Coeur Mining and Federation Gold had not responded to North of 60 Mining News requests for confirmation of the potential Kensington Mine sale at the time of this report.

If Federation Gold does move forward with an acquisition of Kensington, they would be buying an underground mine that currently produces around 125,000 ounces of gold per year.

"We produced over 18,000 oz from Jualin at an average grade of 0.36 oz per ton or 12.3 grams per ton," Coeur Mining Senior Vice President of Operations Terry Smith said on Feb. 20. "The addition of this high-grade ore feed helped to generate record free cash flow of US$33.5 million, while also lowering unit costs by US$140 per ounce or 13%."

Coeur anticipates the Southeast Alaska operation will produce between 115,000 and 130,000 oz of gold this year at a cost of US$900 to $1,000/oz, according to the guidance laid out by the company earlier this month.