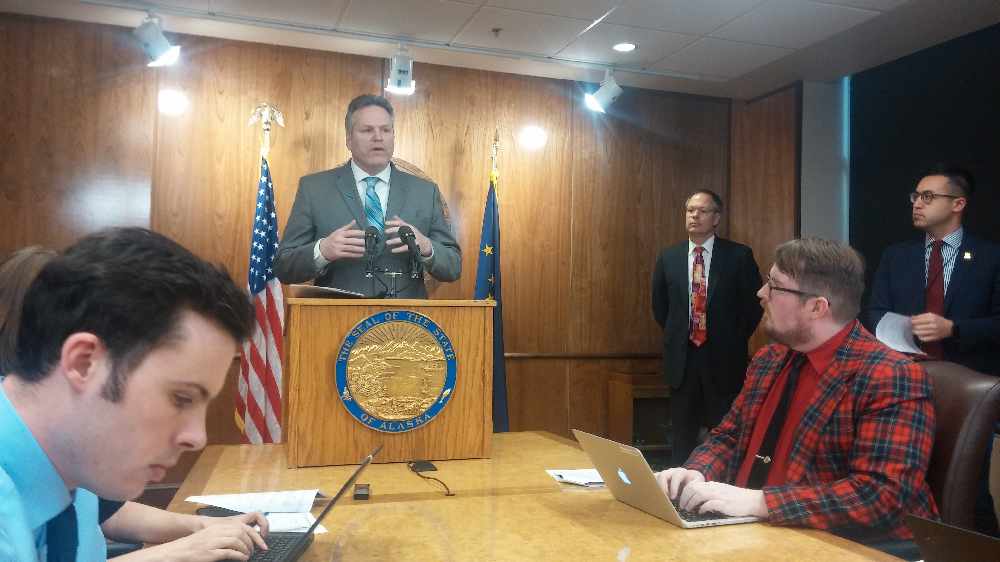 Juneau, Alaska (KINY) - After two days of marathon amendment hearings, the House Finance Committee has passed its version of the operating budget with around $257 million in proposed cuts now headed to the floor for further debate and amendments from the full House.

According to KTUU TV in Anchorage, the House Finance Committee’s version of the operating budget would includes cuts to Medicaid, the University of Alaska, and the Alaska Marine Highway System. The budget also proposes to stop sending money to municipal governments for school construction costs.

While the cuts may be “significant” compared to last year’s budget, the proposed reductions are much smaller than the $1 billion-plus cuts requested by Gov. Mike Dunleavy. The governor has repeatedly signaled that he wants a balanced budget this year, and that he will use his line-item veto power to achieve his goal if necessary.

To fill the remaining deficit, the House Majority appears poised to deliver a reduced Permanent Fund Dividend in line with testimony lawmakers say they received while traveling across the state.

The measure of reducing the amount of the dividend to avoid deeper cuts to state services was approved by the Legislature in 2017 and 2018, but the methodology wasn’t supported by all members of the current House Finance Committee.

Rep. Lance Pruitt, R-Anchorage, said that feelings in the House Minority caucus were mixed, with some who want to deliver a full dividend and others who want to see a “step-down” in the payment size.

None of the House Minority’s proposals for deeper cuts to major spending areas were approved by committee votes.

Pruitt doesn’t sit on the House Finance Committee, but he watched closely throughout the two days of debates on amendments. He said he was appreciative of the reductions that were adopted but, “We’re challenged, and not really getting to the point that’s necessary at this time.”

The full House of Representatives is expected to begin hearing amendments to the budget on Wednesday with hopes to pass the bill to the Senate before the end of the week.

The cuts are “unallocated,” as described by committee vice-chair Rep. Jennifer Johnston, R-Anchorage, meaning the decisions about where the reductions in spending would come from are to be made by the department itself rather than the Legislature.

A presentation by DHSS to a House Finance subcommittee said Medicaid could withstand a $103 million cut. Johnston feared that bigger reductions to the Medicaid budget would result in underfunding the service and the need to pass a supplemental budget to pick up the shortfall.

The cuts would not see a rise in rates and adult preventative dental care would still be included.

The House Finance Committee also voted to eliminate Medicaid-funded elective abortions, which would save the state around $334,000 annually.

In the subcommittee process, $10 million in spending was added to the UA budget, meaning a net reduction of $10 million if passed.

Deeper cuts were proposed by members of the House Minority caucus, but Rep. Dan Ortiz, I-Ketchikan, argued passionately in support of ferries, saying they were vital to connecting Southeast communitie.