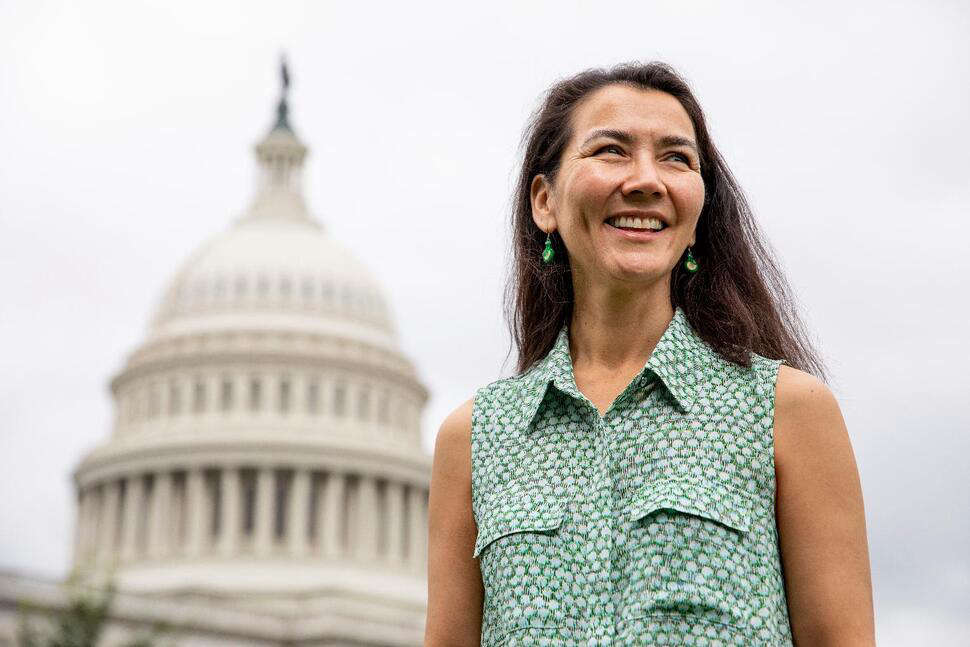 Juneau, Alaska (KINY) - On Thursday, Rep. Peltola released the following statement on the final passage of the POWER Act.

"Today, the House passed S.3115, the POWER Act. My bill of the same title, H.R. 9113, was the companion to this Senate bill in the House, introduced to show my strong support. Both bills address the same flaw in our system-that survivors of intimate, partner-related violence and intimidation often lack the legal resources they need to protect themselves from future injury. In this paradigm, victims are too often unable to escape the perpetrators of their trauma- to devasting effect.

Thankfully, In 2018, Congress offered an avenue to relief. The Pro Bono Work to Empower and Represent Act, sponsored by my Senate colleagues, Senators Dan Sullivan and Jeanne Shaheen, authorized a pilot project calling for each district course to hold at least one event annually in concert with domestic violence service providers to promote pro bono legal services for victims of partner-related violence and intimidation.

Additionally, to address the appalling victimization rates among Alaska Natives and American Indians in particular, the bill also mandated partnerships between district courts and Tribes and Tribal organizations.

Since its enactment, the POWER Act has brought together dozens of service organizations and tens of thousands of lawyers-all with the aim of combatting our sky-high rates of violence and intimidation endemic across many parts of our country.

As one of my first legislative actions in Congress, I was proud to introduce the POWER Act. This bill removes the sunset on the POWER Act and will ensure more victims can protect themselves from further violence and intimidation.

I sincerely appreciate the hard work of Senator Sullivan and his team to get this bill passed out of the Senate and look forward to President Biden signing the bill into law."