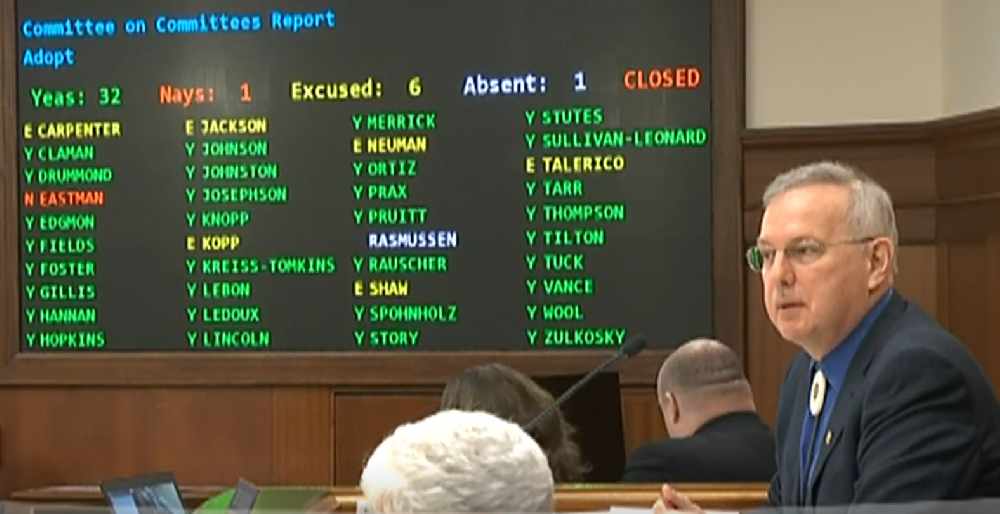 A view of the vote tally on Thursday, March 5 at the Capitol.

Juneau, Alaska (KINY) - The House of Representatives voted 32-1 on Thursday to accept the removal of Wasilla Rep. David Eastman from two committees.

The vote came after the House Committee on Committees met on Wednesday evening and removed Eastman from his seats on the Judiciary and Rules committees.

Eastman spoke on the floor before the vote, saying he would no longer be able to adequately represent the members of his district in the Mat Su Valley.

"As we have not been to binding caucus before now, we were told, and I believed, that the members were free to represent their districts on needs and on any other bills would come before the body," Eastman said. "All that changed today Mr. Speaker, and that is a shame."

House Minority Leader Lance Pruitt, however, said the decision fell squarely with him.

"I will take ownership of this decision," Pruitt said. "I did it in consulting with my caucus. If anyone has issues with this decision now, send all your arrows to me. The burden of leadership means that you take, sometimes, difficult steps, and in this case [Speaker Bryce Edgmon] our caucus, I believe, felt that we needed to take a pause."

According to Pruitt, the removals will likely be temporary, based on Eastman’s future behavior on the House floor.