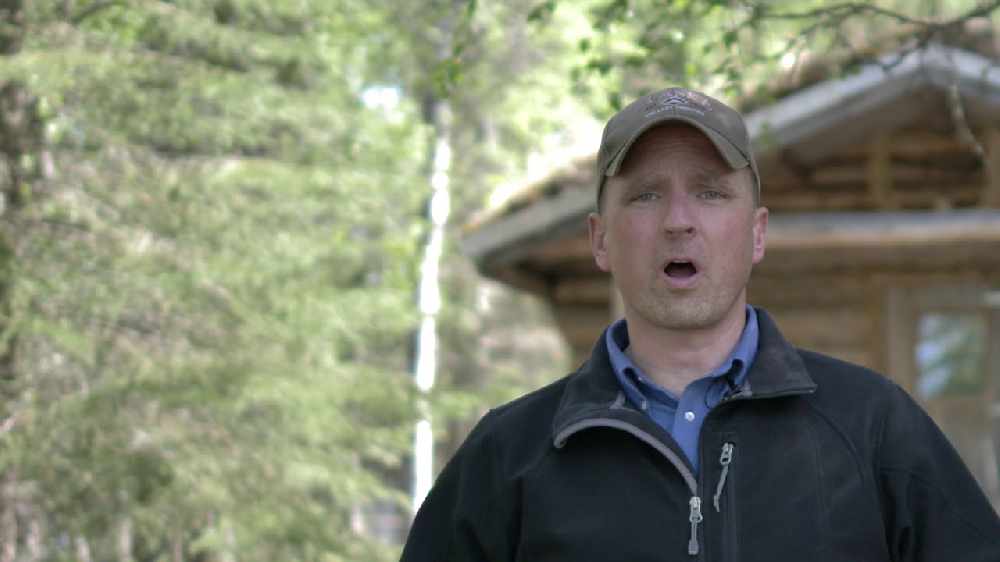 Juneau, Alaska (AP) - Rep. Ben Carpenter defended asking whether stickers that individuals may be asked to wear as part of a Capitol coronavirus screening process will be “available as a yellow Star of David.”

Rep. Carpenter said he was serious in making the comment in an email chain with other legislators. He was responding to proposed protocols aimed at guarding against the virus as lawmakers prepare to reconvene Monday.

The protocols suggest stickers be worn to confirm someone at the Capitol had been screened.

“The point is, tying it to the Star of David shows, who amongst the human population has lost their liberties more than the Jewish people?” he said in an interview. “And if there were more people standing up for the loss of liberties prior to World War II, maybe we wouldn't have had the Holocaust."

“This is about the loss of liberties within our people, and we're just turning a blind eye to it,” he said, adding that virus fears are “causing us to have policies that don't make any sense.”

In his email, Carpenter asked about the screening process. “If my sticker falls off, do I get a new one or do I get a public shaming too? Are the stickers available as a yellow Star of David?”

Rep. Grier Hopkins, a Fairbanks Democrat, responded to Carpenter's email by calling the remark “disgusting. Keep your Holocaust jokes to yourself.”

The state has reported 388 cases of COVID-19 involving Alaska residents and eight cases involving nonresidents. There have been 10 deaths related to COVID-19, the disease caused by the virus, according to the state health department.

The Legislature, which recessed in late March amid coronavirus concerns, plans to reconvene Monday, prodded by a lawsuit challenging the constitutionality of plans to distribute federal coronavirus relief funds.

The sole focus will be on taking action aimed at clearing up concerns about the funding, according to Senate majority communications director Daniel McDonald and a release from the House majority.

Gov. Mike Dunleavy submitted plans for distributing federal aid dollars to the Legislative Budget and Audit Committee under a process set out in law. The process allows a governor to submit plans to accept and spend additional federal or other program funds on a budget item.

The committee signed off despite questions about whether use of that process was appropriate for some of the items. Some legislators argued the items in question should have been taken up by the full Legislature.

A 90-day session limit set in law has passed, but the constitution permits sessions of up to 121 days, a deadline that will be reached Wednesday. The constitution allows a 10-day extension if there is sufficient support for one.