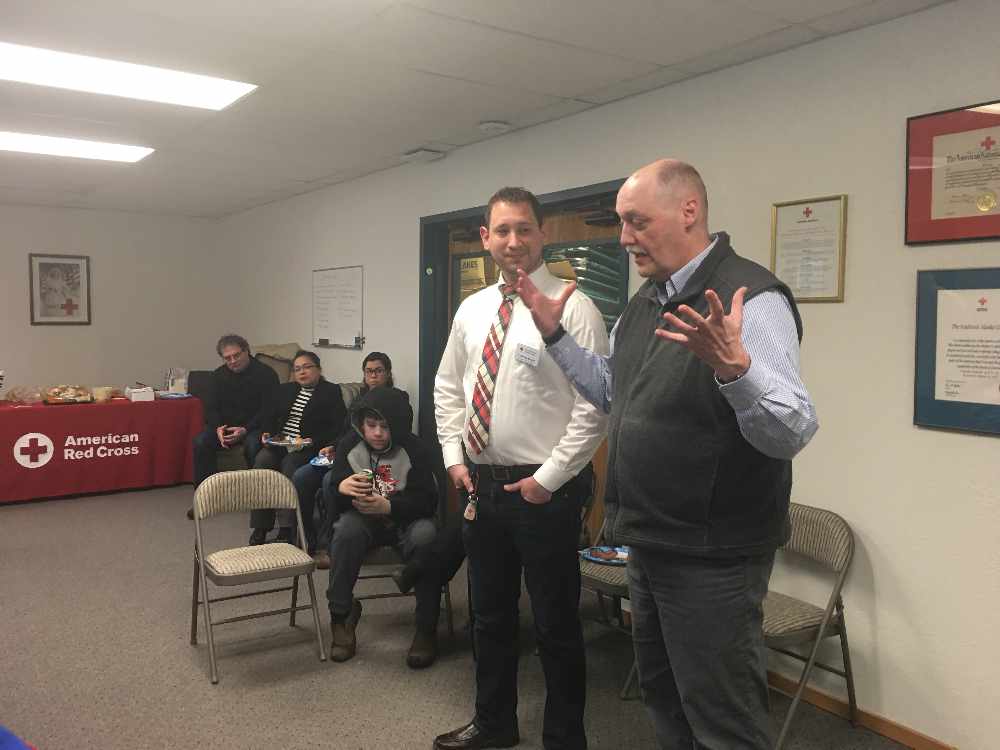 Juneau, AK (KINY) - The Red Cross unveiled a new building that they will henceforth operate out of.

News of the North popped in to check out the new facility and meet some of the people that make up some of the leadership roles at the organization, as well as a few volunteers.

Giving us an overview of how the Red Cross came to be, volunteer Chip Wagoner (who will soon be retiring) pointed out some of the major pillars of the organization and some the history. In Juneau, the Red Cross has been around for just over a 101 years. While many think that the symbol of the cross connects to the Christianity, Wagoner tells us that it is the reverse color scheme of the Swedish flag, which is where one of the founders was from.

Wagoner spoke fondly of the Red Cross and explained some his experiences in disaster relief, like the time he managed a fairly large cooking staff, putting out hundreds of meals a day. He was happy to show us around the new building and kind enough to share that wisdom. 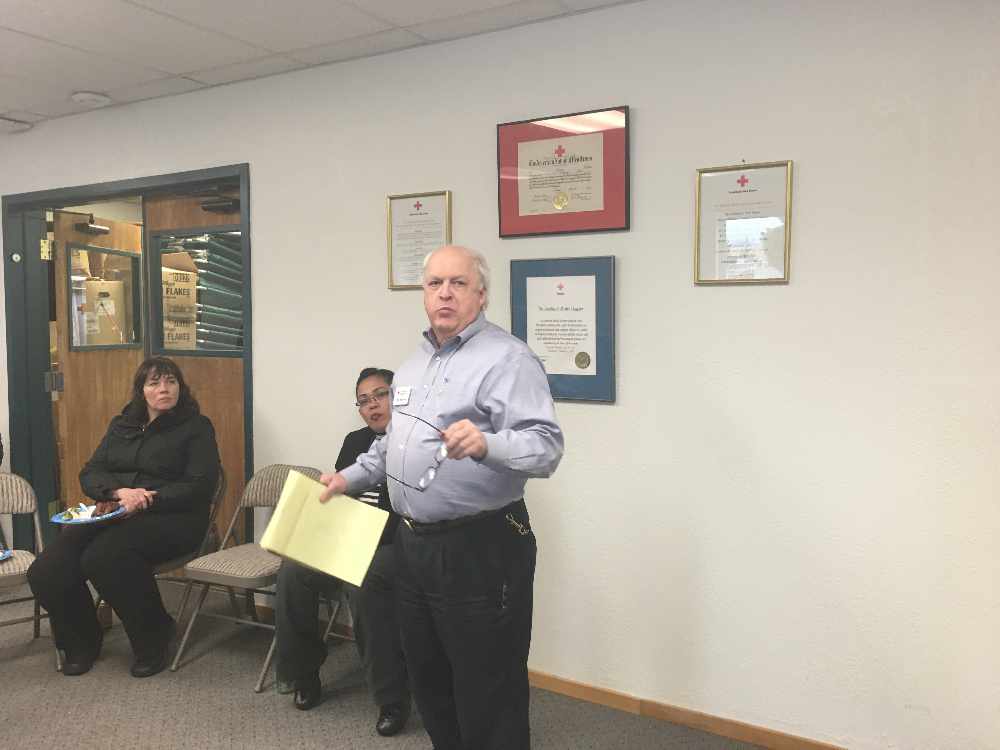 We also chatted with many of the staff that help support Southeast Alaska.

Lori Wilson, who is a liaison for the Southeast region, talked about the significance of the new space.

"This space signifies growth and showing the commitment that the Red Cross has to the Southeast."

Wilson also explained on how the space is driven by volunteerism.

"This is exciting for the volunteers, because they have their own work spaces. A lot of what's being done here is being driven by them, what their needs are, and what they want it to look like."

Andrew Bogar who is the Disaster Relief specialist for Southeast Alaska, talked about how he has loved seeing the Red Cross grow.

"Seeing new volunteers become leaders within our community and step up, really run the program, and make it their own, has been amazing and awe-inspiring. Many times, I've learned more from them, than the other way around."

During a part of the speech, Buddy Custard, who is with the Red Cross Board of Directors, took a moment to recognize the efforts of a young teen who recently risked his life to save another's.

"Iosefa Riley John, a young teenager out at Gold Creek with some friends witness a young boy fall into the creek while the waters were rushing. This young man jumped into the creek and saved that child and get him to the first responders when they arrived. Right here in Juneau."

"That just shows you the people we have in our community." 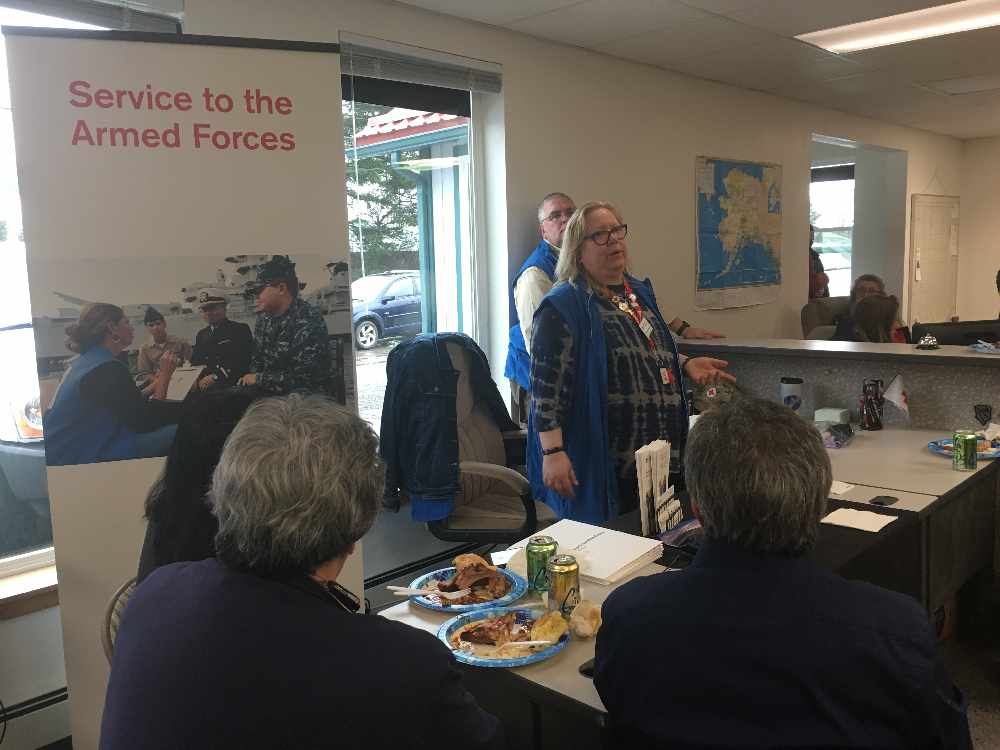 Also in attendance were members of the Sea Dogs, who are a ground-based rescue group using trained canine companions to help find and rescue people. Also a growing group called Services to the Armed Forces were there; they are hoping to offer some quality time with people who serve in the military and those who have, as well as their families with upcoming coffee gatherings.

Whether it's the Red Cross, the Sea Dogs, Services to the Armed Forces, or a brave bystander, assistance in disaster situations is powered by volunteers.

Lori Wilson explained, "We have wonderful volunteers, we always need new volunteers, because that is what makes it happen."

Anyone wanting to sign up for the Red Cross should look into the official website and look for the Southeast Alaska region or they can come to the new facility for some assistance.