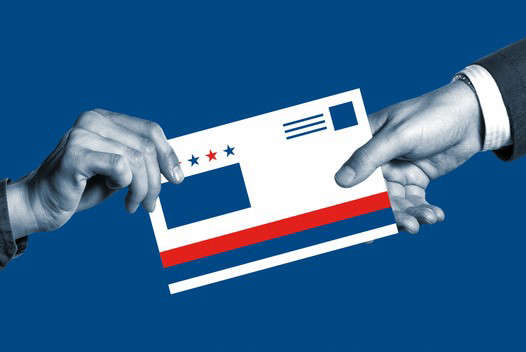 Alaska State law allows up to 15 days for an absentee ballot to be received after Election Day.

Juneau, Alaska (KINY) - The special election for Alaska’s at-large U.S. House seat is less than one week away.

According to FairVote, a publication advocating ranked-choice voting for more than 30 years, this year's election will be the same in some ways, but different in others.

Ranked-choice election results won’t be reported for 15 days following the election. The timeline is set by the Alaska Division of Elections and state law.

Alaska’s extended vote-counting period is not new or unique to ranked-choice voting; Sen. Murkowski’s election win in 2010 was called after 15 days, and Rep. Don Young's and Sen. Dan Sullivan’s wins in 2020 were called after eight days. For primary elections, Alaska law allows up to 10 days for an absentee ballot to be received.

Recent polling data suggests that Peltola may have the most first-choice support, with Begich and Palin splitting Republicans and conservative-leaning independents.

However, when the lower-performing candidate of the two Republicans is eliminated, the other Republican would consolidate the vote and add to their electoral total.