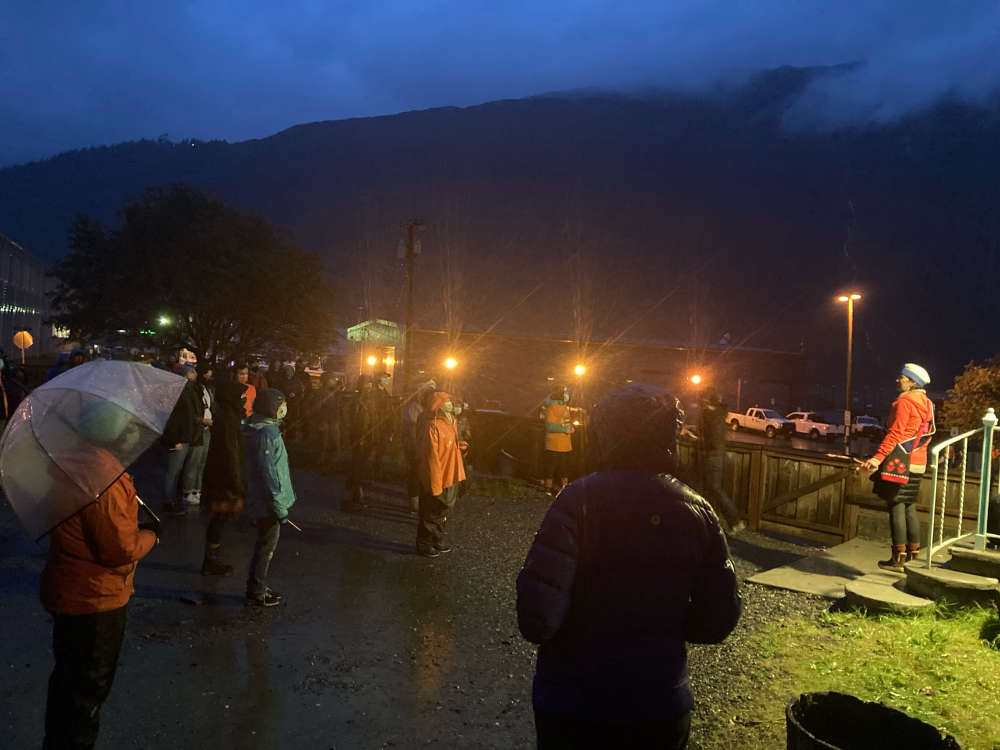 Attendees heard presentations about the history of boarding schools and indigenous cultural assimilation.

A march was held after to the Juneau Montessori School in Douglas, the school that was once a boarding school for native students.

Community member, Fran Houston, said her mother was one of the indigenous children that went to a boarding school in Wrangell and talked to Houston about her experience.

"The main problem that she had was that she was not allowed to speak the Tlingit language, and when she did, she was punished for it. She told me the type of things that she had just had to do at the institute, and I just told her I said 'Wow, is that the way they treated you as kids? That's pretty mean.' she said 'yes it was.'"

Houston said her mother did not teach her the language, she asked her why.

"She just said, 'Well, I don't want you to go through what I went through. So that's why I'd never taught it to you,' and I said 'well I think if I had learned as a child, I'd be speaking at now.'"

Attendees heard of the history of the 1962 village fire that was done by the then City of Douglas. Community member, John Morris, had occupied one of those homes.

"They found a loophole in the bylaws of the city council that read 'any dwelling that was unoccupied for more than 30 days, could be considered condemned,' and so one by one from the end of the village, all the way to my house which was the last one in the village here, they tacked on notices that 'this dwelling is considered condemned,' and one by one, they started burning them all."

Morris said that after a tour outside mayflower island, he decided he could not carry the burden anymore. "So I forgave. I forgave but I can't forget," he said. "These injustices that have been brought against our people have been going on forever."

Laura Talpey, Executive Director of the Juneau Montessori school in Douglas, addressed the crowd that marched to the school.

"We have these orange ribbons, which serve as cheers of protection as our school commits to reckoning with the history of violence that occurred within these walls, and commits ourselves to active anti-racist actions in hopes of standing in solidarity and support of the indigenous people of this land."

An organizer for the event, Jamiann Hasselquist, was asked what she hopes people will take from the event, she said "the language." She called for the language to be required in schools.

"Tlingit, Haida, Tsimshian geographically wherever it is all over the state, that we have our own language speakers in those schools working and teaching and revitalizing, What was taken through this institutional era."