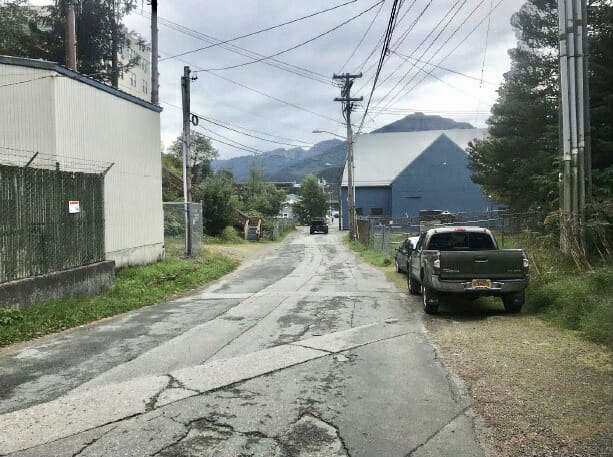 Juneau, Alaska (KINY) - The CBJ Public Works and Facilities Committee took up and passed on to the full assembly a proposal for $150,000 to dispose of contaminated soil that was discovered on Capital Avenue during a reconstruction project over the summer.

The city had conducted testing results of the soil, and Kaite Koester, City Engineering Director, said that they got the results back showing that the soils contained lead and mercury. Koester said these are high-level contaminants and need to be treated out of state.

The funding would be used to ship that waste as hazardous waste and have it treated. John Bohan, Chief Capital Improvement Project Engineer, said in a memo to the committee that the figure is hoped to be less, but the disposal effort is still in the estimate stage and actual final costs will not be known until the material is disposed of.

Assembly member Loren Jones noted that an ongoing issue has been determining who owned what land. He asked if is there a law or ordinance that would allow the city to ask AEL&P for funds since the power plant is nearby. He asked If the soil was their property, or the source of the pollution was their property.

City Manager Rorie Watt points out that with environmental pollution, the liability runs with the creator of the pollution and that sale of contaminated property is not allowed. He also said that whatever contaminated soil is dug up, it cannot be put back in.

"If somebody wanted to make the argument that it would be better to leave it in place, or it'd be a better way to remediate, or don't dig it up at this time - that that could be, but we needed to dig it up to do our utilities and our roadway and once we dug it out of the ground, now we have to bring it to conclusion somehow," said Watt. "So this is the bringing it to conclusion somehow, at expense."

"Now, whether we can conclusively prove that somebody else's pollution liability, maybe we can maybe we can't, but we sort of find ourselves in the situation where we either deal with it and we bring the issue to conclusion and we pursue a claim on somebody else if we think we can prove it later, or we shut down the construction project, in which case we probably pay an awful lot of money as well."

Assembly Member Michelle Bonnet-Hale said that given the location of the site, she is not surprised about the contamination.

"The fact that it's at the bottom of a hill and the fact that it's right next to a big power plant, and who knows what has happened over Juneau's history in that location, it's actually not surprising to me at all that there's contamination, and certainly a good chance that we might not find a responsible party for it."

The proposal to pay $150,000 to dispose of the contaminated soil was passed on to the full assembly for action.

Work on Capital Ave. had begun in mid-April.