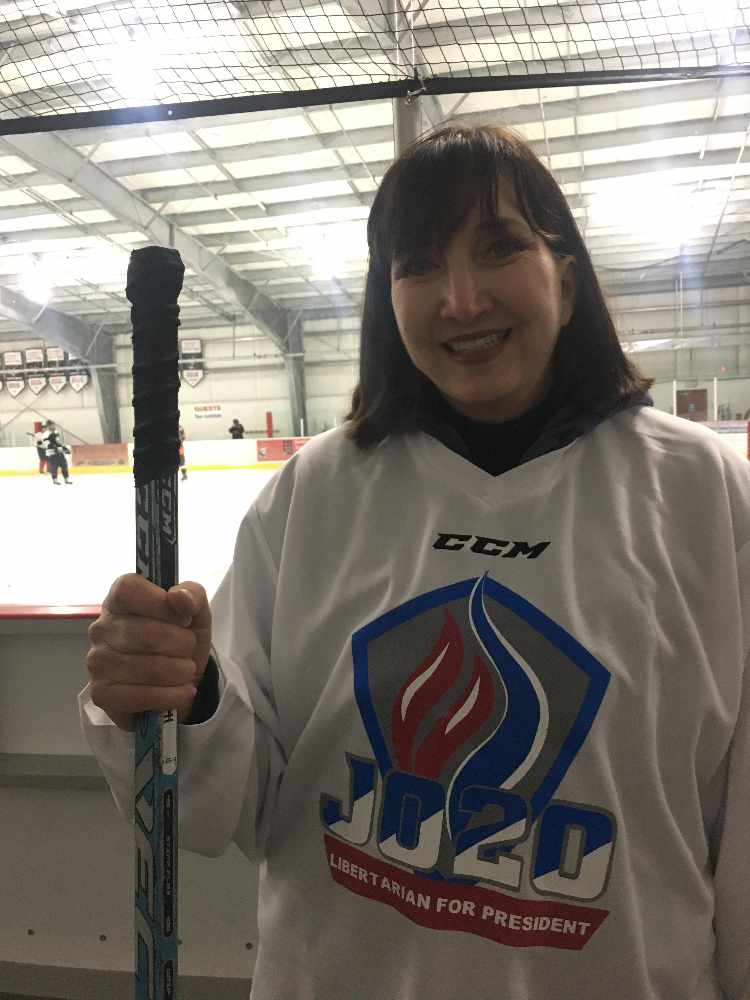 Juneau, Alaska (KINY) - Libertarian Party Presidential candidate Jo Jorgensen played some hockey, talked with local residents, and predicted her party will win a large number of votes in Alaska, during a campaign stop in Juneau Tuesday.

Jorgensen also spent time in Ketchikan, Wasilla, and Anchorage during a three-day campaign swing through Alaska.

She said the media is helping to maintain the two-party system and deciding how Americans vote.

She also spoke on supporting local government powers when it comes to police, energy development, and solving the racial divide in the country.

She maintains many Alaskans share the party view of less government interference in everyday lives.

Jorgensen has worked for IBM and also owned her own company, Digitech.

For the past 14 years, she has been a Senior Lecturer in Psychology at Clemson University in South Carolina.

The party said it wants to cut the $26 trillion in national debt, battle the high costs of health care, and maintain strong environmental programs at the local level.

Jorgensen said the federal government is not good at solving problems.