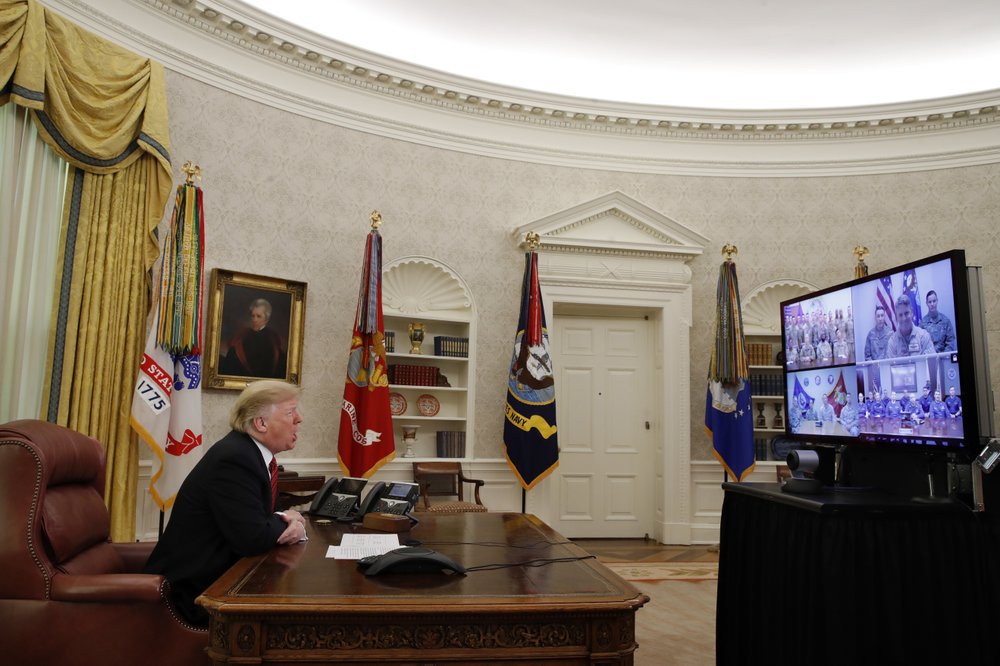 President Donald Trump greets members of the five branches of the military via video conference on Christmas Day in the Oval Office of the White House. (AP photo)

Juneau, Alaska (AP) - President Donald Trump on Tuesday wished U.S. troops stationed in Juneau and around the country and the world a Merry Christmas.

According to The Associated Press, Trump spoke by video conference to members of all five branches of the U.S. military. That included conversations with sailors from the U.S. Coast Guard District 17 command in the Capital City.

“I know it’s a great sacrifice for you to be away from your families, but I want you to know that every American family is eternally grateful to you, and we’re holding you close in our hearts, thoughts and prayers,” Trump said. “We love what you do and love your work. Amazing people.”

The president was spending a rare Christmas in Washington because of a stalemate with Congress that left several government departments and agencies shuttered since the weekend, affecting the livelihoods of some 800,000 federal employees.

Trump usually spends Christmas at his Florida estate. He scrapped plans to travel to Palm Beach because of the shutdown.

“I thought it would be wrong for me to be with my family,” he told reporters in the Oval Office after the conversation with members of the Army, Navy, Air Force, Marines and Coast Guard.