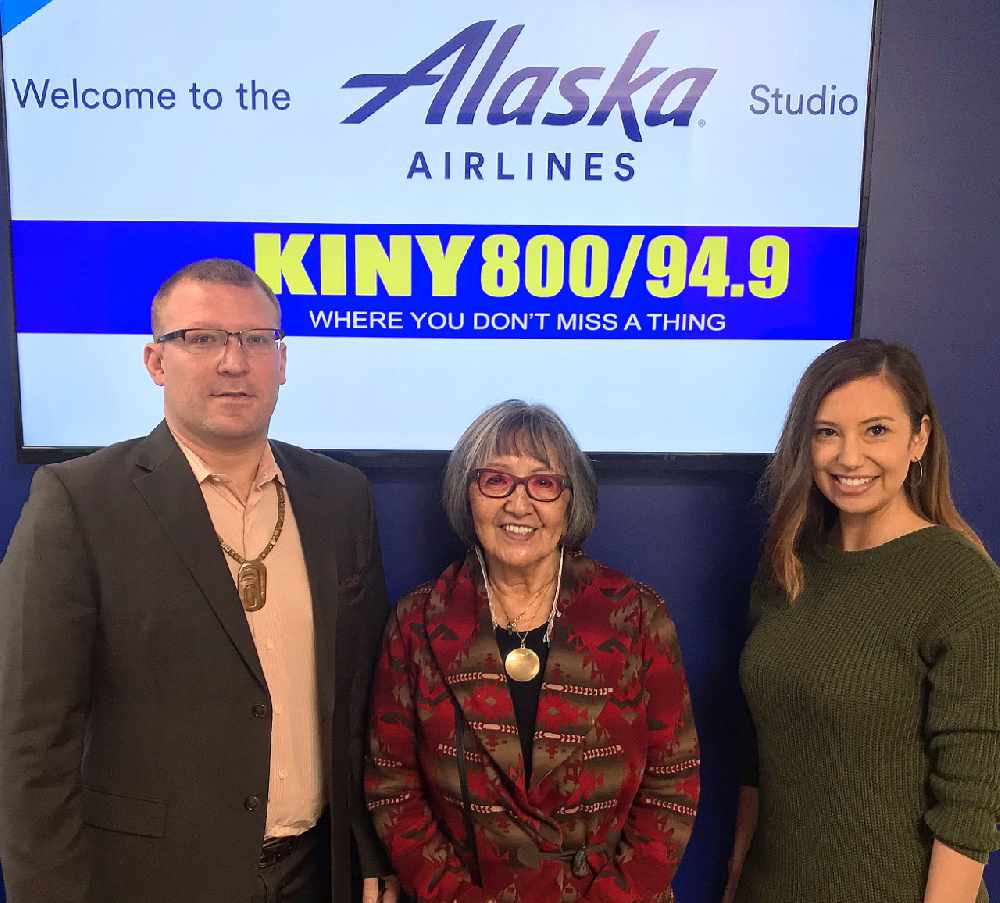 Sealaska Heritage Institute officials on a visit to Action Line

Juneau, Alaska (KINY) - Sealaska Heritage Institute is at work planning for Celebration 2020, a gathering of Native people from all over Alaska and the Lower 48.

Carmaleeta Estrada, the operations officer for Sealaska Heritage Institute, is coordinating the event.  She said that the event is set from June 10 through the 13.

She said its one of the largest events in the state and is still growing.  It has attracted over 6,000 in the past.  The participants include dance groups from across the state and the Lower 48.  Dance group applications open Friday and close March 27.

Other events include the Juried Art Show.  Entries close January 8.  Entries for the Youth Art Exhibit for students in grades 6 through 12 are open until March 27.    Applications for the Indigenous Fashion Show are also open through March 27  and applications for the Native Artist Market will be accepted through May 15.

Applications for the Toddler Regalia Review, for ages 2 to 4,  and the food competition which highlights seal oil, seaweed, and soapberry will be accepted beginning Friday.