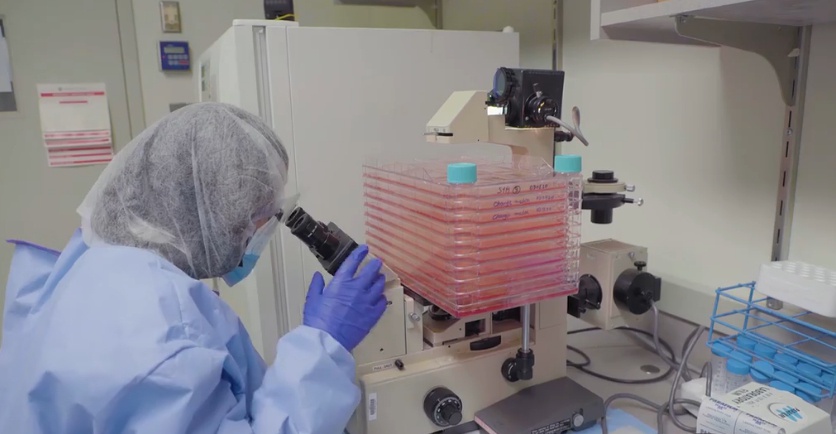 Researchers with UPMC in Pittsburgh are working on a possible COVID-19 vaccine.

Pittsburgh, Penn. (ABC) - Researchers and scientists with the University of Pittsburgh Medical Center announced a potential vaccine against the novel coronavirus on Thursday.

According to a press release they said the development of the vaccine began on January 21. Mice which had been given the vaccine developed antibodies against COVID-19 in about two weeks.

UPMC researchers said, “when tested in mice, the vaccine, delivered through a fingertip-sized patch, produces antibodies specific to SARS-CoV-2 at quantities thought to be sufficient for neutralizing the virus.”

The researchers said the delivery system is in the form of a patch containing a “micro-needle array” made of sugar and protein particles that dissolve into the skin to deliver the vaccine.

“We developed this to build on the original scratch method used to deliver the smallpox vaccine to the skin, but as a high-tech version that is more efficient and reproducible patient to patient,” said Dr. Louis Falo, professor and chair of dermatology at Pitt’s School of Medicine. “And it’s actually pretty painless — it feels kind of like Velcro.”

The researchers said they had previous experience with viruses similar to the novel coronavirus (SARS-CoV-2, which causes COVID-19).

“We had previous experience on SARS-CoV in 2003 and MERS-CoV in 2014. These two viruses, which are closely related to SARS-CoV-2, teach us that a particular protein, called a spike protein, is important for inducing immunity against the virus. We knew exactly where to fight this new virus,” said Dr. Andrea Gambotto, M.D., associate professor of surgery at the Pitt School of Medicine.

While experts have been saying it could take 12 to 18 months before a vaccine is available, UPMC researchers said the timetable would depend on approvals and testing by the federal government, but they said they were ready to begin trials as soon as they receive the go-ahead.