Palin says she learned of divorce plans from attorney 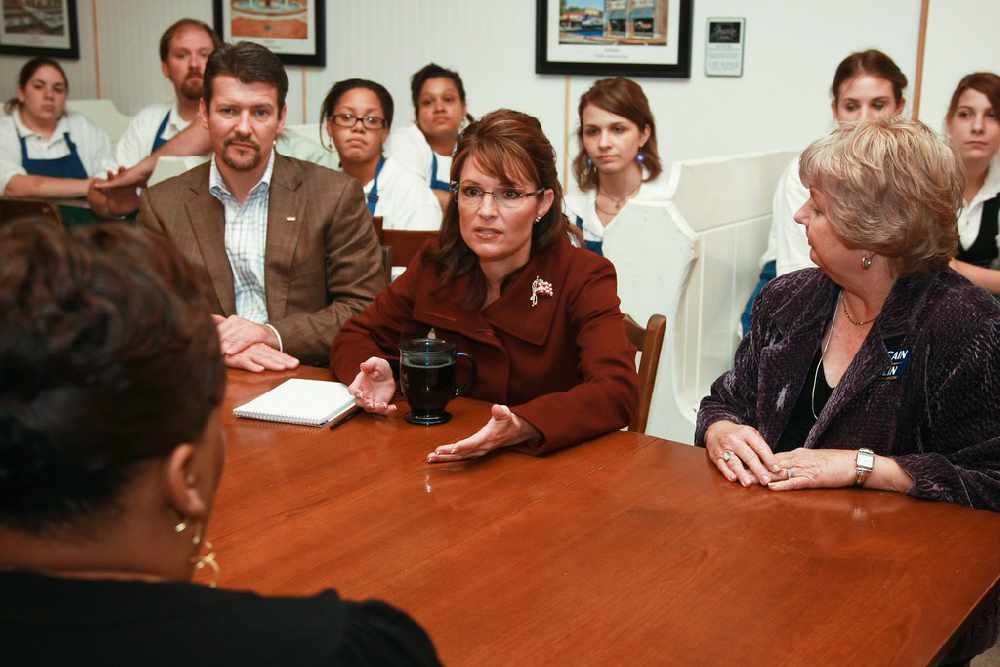 Anchorage, Alaska (AP) - Former Alaska Gov. Sarah Palin told a Christian broadcaster she learned her husband was seeking a divorce in an email from his attorney.

The revelation came in an interview released Tuesday with James Dobson, founder of the Family Talk Christian ministry. He said the interview had been conducted previously.

Palin said she received an email on June 19 from the attorney, almost three months before Todd Palin filed for divorce on his birthday in September.

She described the filing that came shortly after their 31st wedding anniversary as devastating. "I thought I got shot," she said.

Palin said they're going through counseling and their marriage isn't "over, over." She said attorneys are "getting rich" off them.

Dobson had asked how people could pray for her. Palin said the prayer would be for "God's will to be done, but that God would make sure that we know that the grass isn't always greener on the other side ...."

Palin later said God doesn't want families to split up. "And to me, in a general sense, marriage is so extremely important as the foundation of our nation. It helps make America that much greater, is that security of family, and I'm not to the point of wanting mine to be split," she said.

A message seeking comment was left for an attorney believed to be representing Todd Palin.

The Palins have five children, one of whom is a minor.

Palin was the 2008 Republican vice-presidential nominee. She resigned as governor in 2009.

She is a former Fox News contributor who has written books and for years had a political action committee. She described to Dobson the last year as being in a "lull."

She said it wouldn't help to go through this period of her life if the media were "hounding" her. She said maybe that is one of the reasons for the lull.

"Yeah, maybe that's why God has had them not be so interested lately" because God knew what was coming, she said.