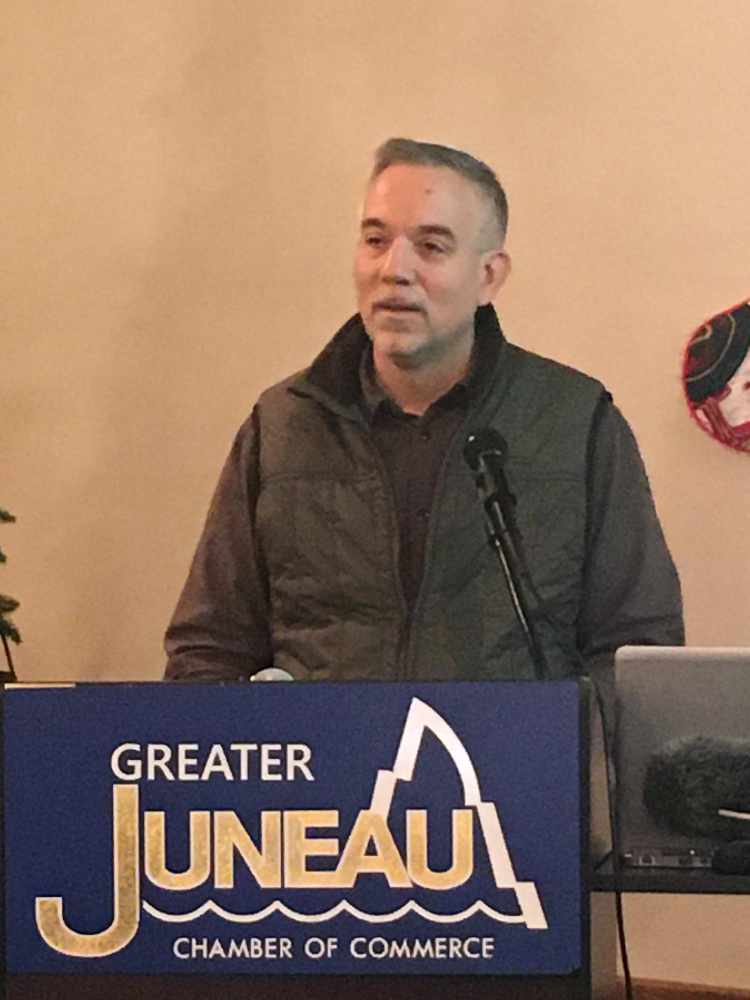 Sherman was the keynote speaker on the final day of the Southeast Conference Mid-Year Summit in Juneau.

A grand opening for the gondola is planned on April 29.

Sherman gave an overview of the company and its projects around the world.  The one project most in attendance were interested in was the Juneau subport.

Sherman said he continues to listen to the community and is working on public-private partnerships.  They also want to build multi-use facilities that can be used year-round.

Another priority will be shore power that eliminates the need for cruise ship engines to keep running in port and throwing out emissions.

They also plan to support the art industry and embrace cultural elements in the buildings.

Sherman said they plan to add parking and have chargers for electric vehicles.  He noted having buses at the subport will eliminate the need to drive through the downtown area.

Other priorities are making the area pedestrian-friendly and tying onto the Juneau seawalk.  They also want to keep the waterfront visible. They plan to build the dock perpendicular so it won't block views of the waterfront.

They are also working with the U.S. Coast Guard to allow them to dock one ship at the proposed cruise ship berth.

Sherman also has talked with supporters of the Ocean Center project and expressed an interest in having that project on the property.

He also mentioned locally-owned restaurants and shops, a small number of condominiums and a daycare facility.

"We will build something that is an enduring asset to Juneau or we won't build at all," he told the crowd.