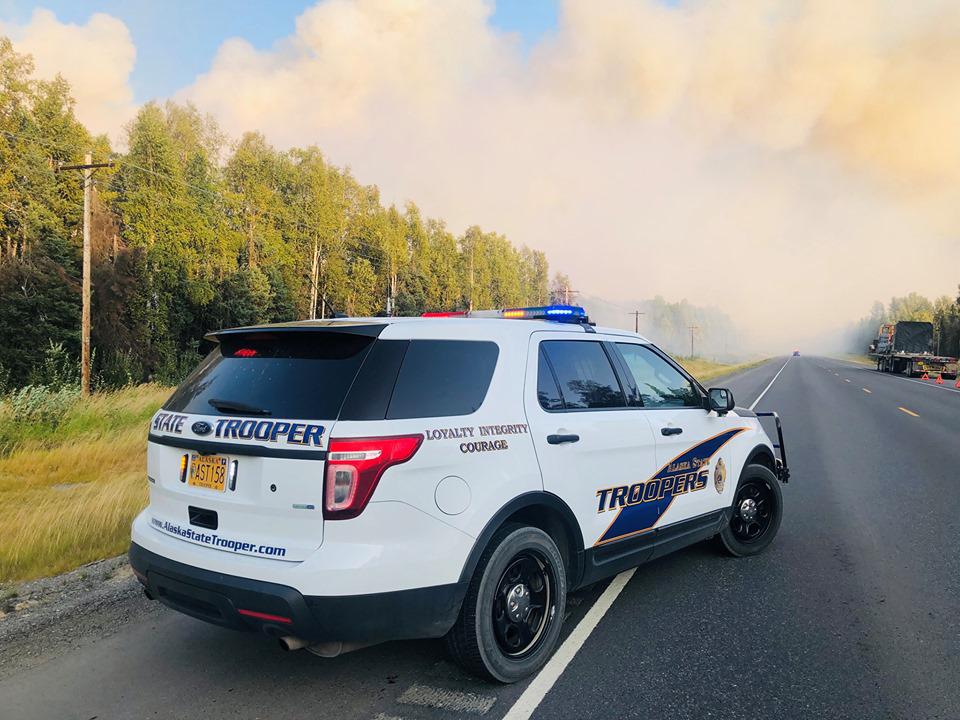 North Pole, Alaska (KINY) - An elementary school in North Pole was put into lockdown Friday during an arrest of a man with multiple warrants.

Troopers were notified that Peterson was walking on a roadway in North Pole, and following the tip, state and local police set up a perimeter.

Peterson was tracked to a wooded area and was able to avoid the perimeter.

He was later located running in the direction of the Ticasuk Brown Elementary School, troopers say he was motioning that he had a weapon.

Ticasuk Brown was put into lockdown as a precaution.

Peterson was taken into custody by police and remanded to Fairbanks Correctional Center on his outstanding warrants.

His outstanding warrants stem from charges of Felony Escape, Violating Conditions of Release, Criminal Mischief, Failure To Stop at the Direction of a Police Officer, Theft, and Misconduct Involving a Controlled Substance, and False Information.