A climber at a distance is seen at about 13,000 ft on what is today called 'Karstens Ridge'. The left hollow is believed to be from the flagpole. (UAF Rasmuson Library Archive photo.)

The photographs found by UAF Geophysical Institute professor Matthew Sturm in the university's Rasmuson Library archives in October show the climbing party at about 16,500 feet-far higher on the 20,310-foot mountain than previously seen.

"The photographs took my breath away. We have never seen pictures of these men climbing. This is photographic evidence that we've never had before," Sturm said.

The New York Times on June 5th, 1910, carried three full pages about the climb under the headline "first account of conquering Mount McKinley" and included a photograph made at about 11,000 feet. Other photographs were from lower elevations and included a fake photo created to illustrate the summit.

The News-Miner had been a big booster of the summit claims.

However, within weeks of the Times story, the climb was largely discredited as a hoax and remained so until 1918 when Hudson Stuck published his book on his successful 1913 ascent of the south and higher summit.

The sourdoughs, Lloyd, Pete Anderson, Charlie McGonagal, and Billy Taylor, didn't know at the time that the North Peak is about 850 feet lower than the South Peak.

The 1910 Sourdough Expedition climb is believed to be the first to summit either peak.

The archive photographs and Sturm's additional research in the diaries of the Stuck party support the claim by Sourdough Expedition members that they indeed planted a flag on the North Peak in 1910.

All of Stuck's team saw the 14-foot spruce flagpole three years after it was placed.

Sturm and climbing partner, Philip Marshall, used maps and digital software to locate where each of the photographs in the Times story and the newly discovered photographs was taken.

Sturm, a climber himself, with some experience in Denali with extensive knowledge about the mountain's climbing history, found the photographs while conducting unrelated research in the donated family collection of Doris Day.

Doris Day is the daughter of a woman who came to Alaska during the gold rush of 1897 through 1903.

Day acquired the photographs upon the death of her mother, who was editor of another Fairbanks newspaper and a friend of Taylor's.

Sturm noticed a reference to a climb on the collection contents list. A folder inside the file box read, "Taylor-Peterson McKinley Climb, March 1911."

There was no 1911 climb, so Sturm knew the folder he had stumbled upon could only be a trove of mislabeled photographs of the 1910 Sourdough Expedition, which occurred in the first week of April that year.

The folder contains photos of the climbers en route, a unique alpenstock climbing staff carried by Anderson, and the flagpole.

One photo looks back down the mountain from about 14,500 feet.

Sturm determined from shadows in this particular photo that the time was about 4 p.m., too late in the day for the men to reach the summit but light enough for them to climb a little higher and make another photograph.

Below: That higher photograph, also in the folder, is a panorama looking down from the surface of Harper Glacier at about 16,500 feet elevation. (UAF Rasmuson Library Archive photo.) This photo is mislabeled as March 1911.

No known photograph shows them any higher than this.

From the assortment of photographs combined with additional research, Sturm theorizes the men tried for the summit two days later.

Sturm and Marshall reasoned that Taylor, Peterson, and McGonagal left camp in the predawn hours from 11,000 feet. McGonagal faltered at some point and was left to wait.

Taylor and Peterson continued and it was then that they planted their 14-foot pole and flag in a rocky area a few hundred feet shy of the frozen and rockless North Peak.

Strum and Marshall reached this theory by relating the Times photos along with the new photos to the correct locations on a map and using information from a 1939 Taylor interview.

Lloyd returned to Fairbanks later in April, about two months before the other three men, and announced all four climbers had reached the mountain's "two summits." He was met with local skepticism, however, because he had no summit photographs and was not physically fit for climbing.

The other climbers remained at Kantishna, working their mining claims, and didn't return to Fairbanks until June after the exaggerated claims of the New York Times story had been published. 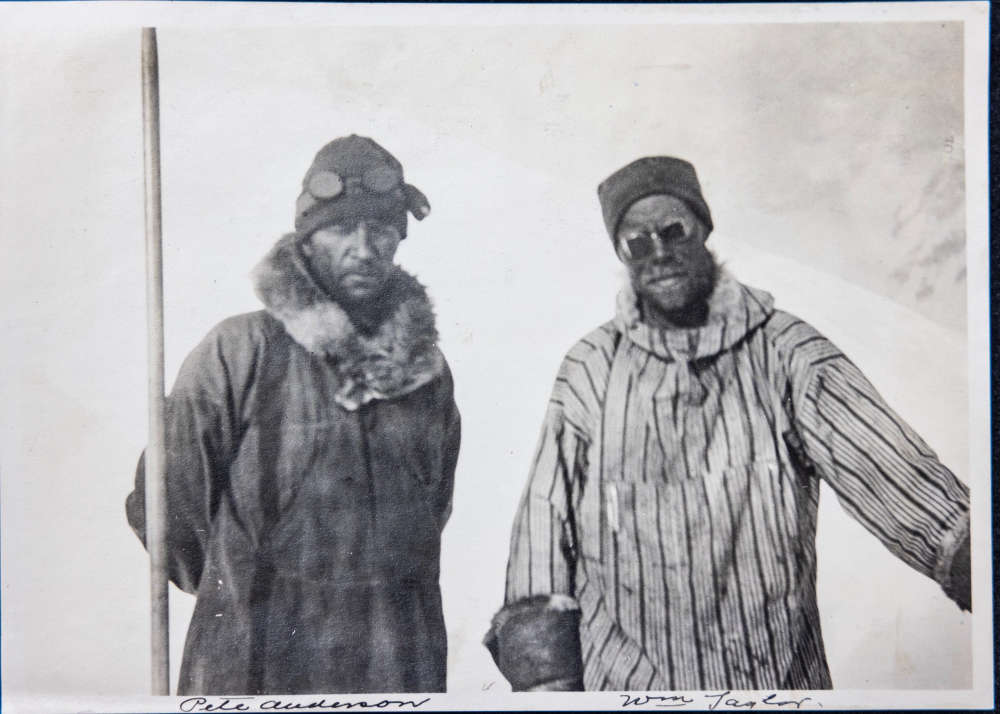 Above: In this photo, previously unpublished as far as is known are McGonagal (left) and Anderson (right), two of the four-man expedition that ascended Denali's North Peak are shown. (UAF Rasmuson Library Archive photo.) Below: Rasmuson Library archivist Rachel Cohen and professor Matthew Strum look at Sourdough Expedition photographs that were unexpectedly discovered by Strum. (UAF/GI photo by JR Ancheta.) 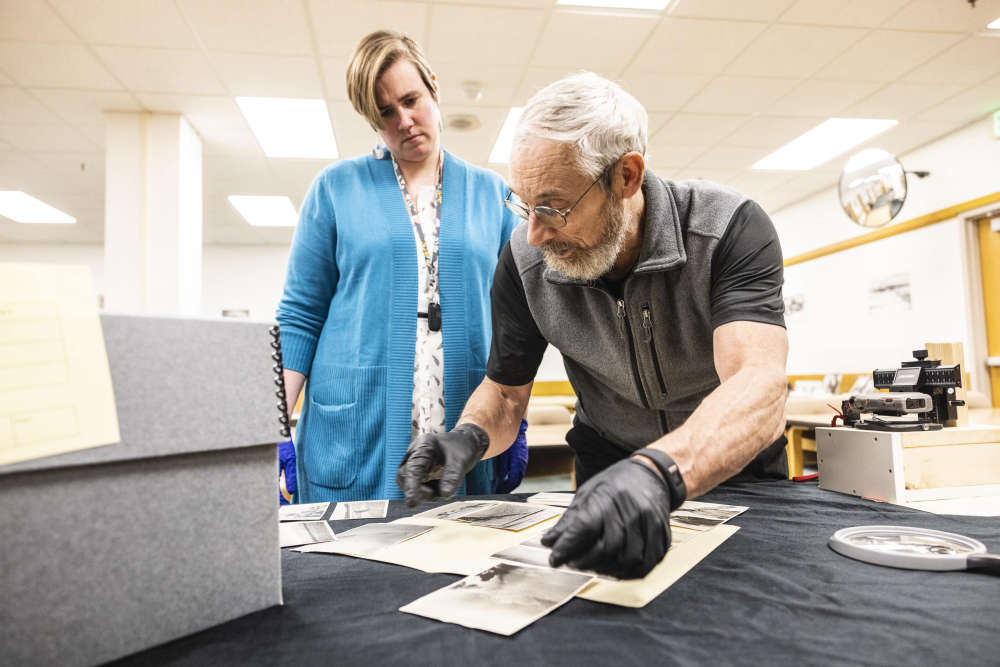 Questions about the Sourdough Expedition have persisted for more than a century. The discovered photos and further research by Sturm illuminate the story.

"What has emerged is a better, richer, more human story about these men and their climb," Sturm stated.