New Eaglecrest 'Pulse' gondola is on its way from Europe 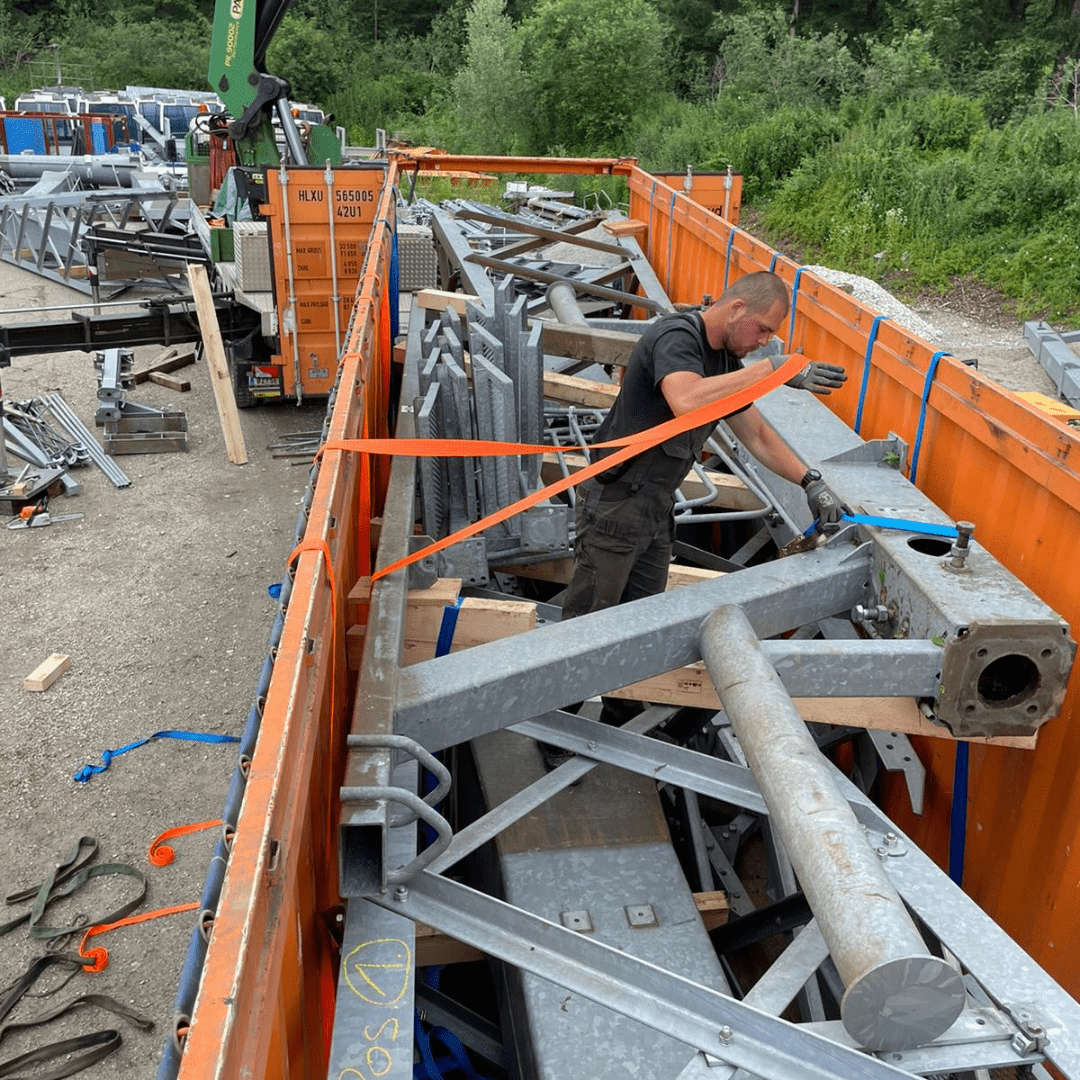 A worker straps down parts of the gondola in preparation for transit from Europe to the United States. (Photo courtesy Eaglecrest Ski Area)

Antwerp, Belgium (KINY) - Eaglecrest Ski Area has announced that the "Pulse" gondola is officially in transit.

General Manager Dave Scanlan has been in Austria overseeing the loading of Eaglecrest’s new gondola.

The packing and shipping process was broken down into two weeks of work. Each week consisted of loading 10-11 containers. The first week, the team loaded 11 shipping containers full of towers, cabins, and sheave wheels and sent them off on trucks to port in Belgium.

Last week, the team finished loading the rest of the gondola cabins, the two bull wheels, and several motor room pieces. Each bull wheel weighs in at 6.2 tons and was originally designed to come apart into two halves, making the shipping process of the parts easier.

The second shipment consisted of 10 containers and 1 flatbed trailer for the bull wheels.

The shipping trucks have made the two-day trip from Austria to Antwerp, Belgium, where the gondola began the sea voyage towards the Lower 48. Once they reach the U.S., ships will offload in Virginia, where the containers will be moved to rail transportation. It will take about 15-20 days for them to reach the West Coast. The bull wheels will travel by truck from Virginia to Washington.

You can track the sea voyage here.

Once everything is in Seattle, the gondola will make its final leg of the journey up through the Inside Passage to Juneau.

Eaglecrest fans can expect the arrival sometime around the first week of September.