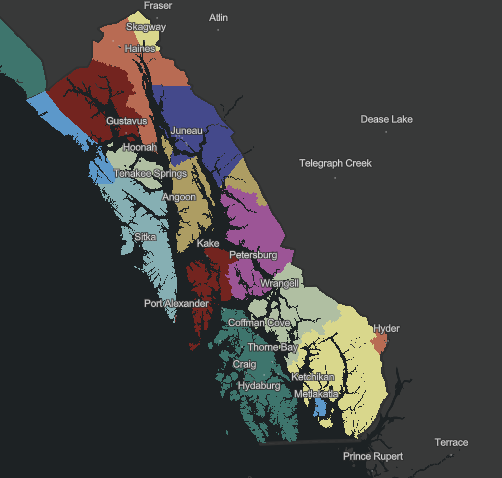 Juneau, Alaska (KINY) - The National Weather Service office in Juneau is seeking public input on new zones they use to forecast and send out warning messaging to residents.

News of the North Spoke with Warning Coordinator Jonathan Suk about the zone changes.

"What's happened because of Alaska's unique system of governments with us having boroughs instead of counties and a lot of our areas still being unincorporated, is that when the zones were last worked on some of our boroughs didn't exist, especially like the Petersburg and Wrangell boroughs, weren't part of the system. And we've gone back through and tried to realign so that the boroughs, which is how some of the warning systems working on a county equivalent basis, don't line up with our warning zones or our forecasts zone. And so our thought is that by aligning them to the boroughs it's going to let people get the warnings they need without over warning them."

They say that the forecast zone realignment will significantly reduce confusion over emergency warnings.

He provided an example of current confusion with the current zones.

"We've got Hyder tucked way back in, at the back of a fjord and the area that warns for Hyder actually includes a lot of the misty fjord region down south, and every once in a while people in Ketchikan will get warnings letting them know that Hyder is going to get over a foot of snow when Ketchikan is gonna stay just rain," he said. "Another one is in the Juneau area. Every once in a while we'll get a warning that goes out on some of the systems for Juneau when the snow is expected only in Haines and that's because the northern boundary with the borough of Juneau and the Haines borough doesn't line up with where our warning zones are."

Suk said that the public can go to weather.gov/juneau and look at their respective forecast zones, or here.