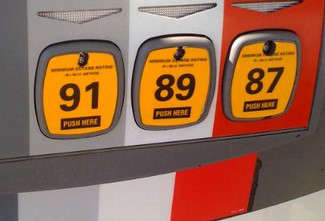 "Current gas prices in San Diego, CA" by instaSHINOBI is marked with CC BY 2.0.

Juneau, Alaska (KINY) - The Biden Administration is pushing back against critics claiming the President is holding up oil production in the US and causing prices to rise.

Spokesperson Jen Psaki says that's not so. "The US produced more oil than in president trump's first year," she said. "Right now there are 9000 unused permits to drill onshore." Psaki saying canceling the Keystone XL pipeline has no effect on current prices because it would haven't been operational for several years.

So as the conflict between Russia and Ukraine continues, crude prices soar, leading to higher pump prices in the U.S.

According to AAA gas prices, the national average is $4.06, which has not been this high since July 2008.

In Alaska, the statewide average price stands at $4.39, with the current average in Juneau at $4.09, a nearly 50 cent increase from last month's average.

They say that the increase in gas demand and a reduction in total supply contribute to rising pump prices.

AAA says that consumers can expect the current trend at the pump to continue as long as crude prices climb.