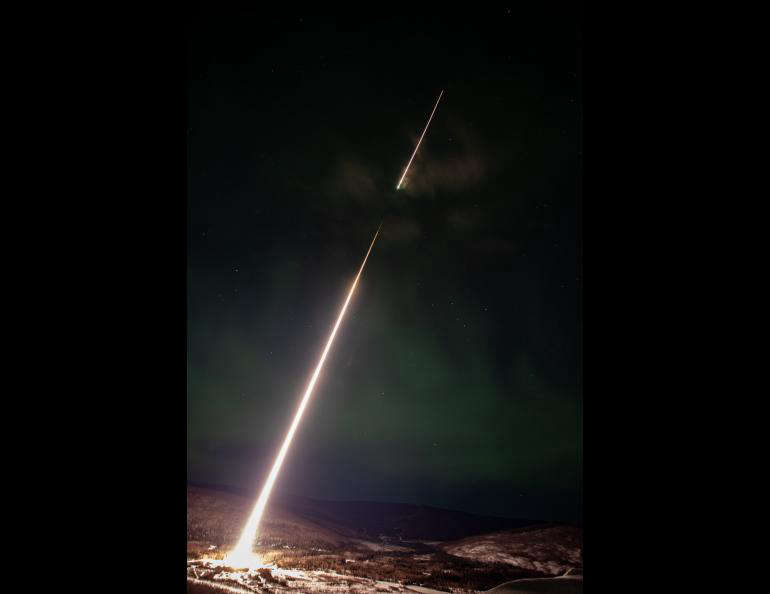 The Loss through Auroral Microburst Pulsations, or LAMP, experiment seeks to determine whether the pulsating aurora is connected to another phenomenon called microbursts, higher-energy electrons from the Earth’s magnetosphere driven toward Earth in bursts that last about one-tenth of a second. That is faster than the pulsating aurora but similar to the flickering inside the pulsations.

A pulsating aurora looks patchy and occurs within minutes or sometimes hours after the conclusion of a discrete aurora, the familiar curtain-like type of aurora.

The launch had been repeatedly postponed since the Feb. 24 opening of the launch window because scientists needed the right combination of active aurora and good weather at a camera site in Venetie, which is located more than 130 miles north of the range.

The launch was the first at Poker Flat since January 2020.

The University of Alaska Fairbanks Geophysical Institute owns Poker Flat, located at Mile 30 Steese Highway, and operates it under a contract with NASA’s Wallops Flight Facility, which is part of the Goddard Space Flight Center.