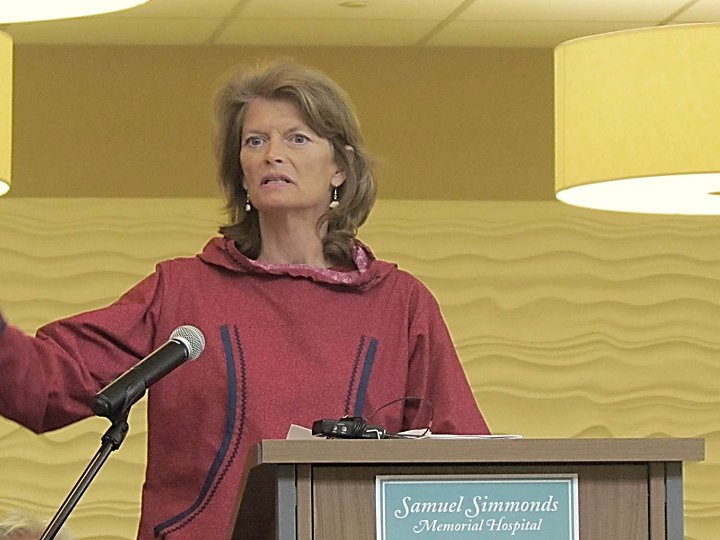 The bills, Savanna’s Act and Not Invisible Act, are both led by U.S. Senators Lisa Murkowski and Catherine Cortez Masto and aim to combat the epidemic by improving the federal government’s response through increased coordination, development of best practices, and creation of an advisory committee on violent crime.

“The rates of Native women that go missing, that are trafficked, or murdered are staggering, especially compared to other populations. Recognizing that a Native woman may be ten times more likely to become a victim than a non-Native woman is overwhelming, horrifying, and completely unacceptable. I have worked hard to elevate this issue at the local, state, and national level and the momentum we have gained, from tribal communities to the administration, has been significant. I thank my Senate colleagues for recognizing the urgency of the need to improve coordination among law enforcement and provide the necessary resources to protect these women from becoming another statistic,” said Sen. Murkowski. “After taking the torch on leading this effort from Senator Heitkamp, I gave her my commitment that we would get these bills across the finish line—that we would get this done for all the women, and children who have been victims of these heinous crimes and whose families are also victims in their own way. Today, we follow through on that promise.”

“For years, grieving Native families and communities have been asking Congress to address the disappearances of their sisters, mothers, and daughters. The Senate is finally heeding their calls by passing these critical bills to improve our response to cases of missing and murdered Native women,” said Sen. Cortez Masto. “I’m pleased by today’s progress, and I’ll continue fighting for policies that support the safety and wellbeing of Native communities in Nevada and across the country.”

Savanna’s Act, sponsored by Murkowski and co-led with Cortez Masto, improves coordination among all levels of law enforcement, increases data collection and information sharing, and empowers tribal governments with access to the necessary law enforcement databases in cases involving missing and murdered indigenous women and girls, wherever they occur.

The legislation, originally introduced by former U.S. Sen. Heidi Heitkamp of North Dakota with Murkowski as a cosponsor, is named for Savanna LaFontaine-Greywind, who was abducted and killed in 2017 in Fargo, North Dakota.

The bill also designates an official to coordinate efforts across agencies and establishes a commission of tribal and federal stakeholders to make recommendations to the Department of Interior and Department of Justice on combating the epidemic of disappearances, homicide, violent crime and trafficking of Native Americans and Alaska Natives.