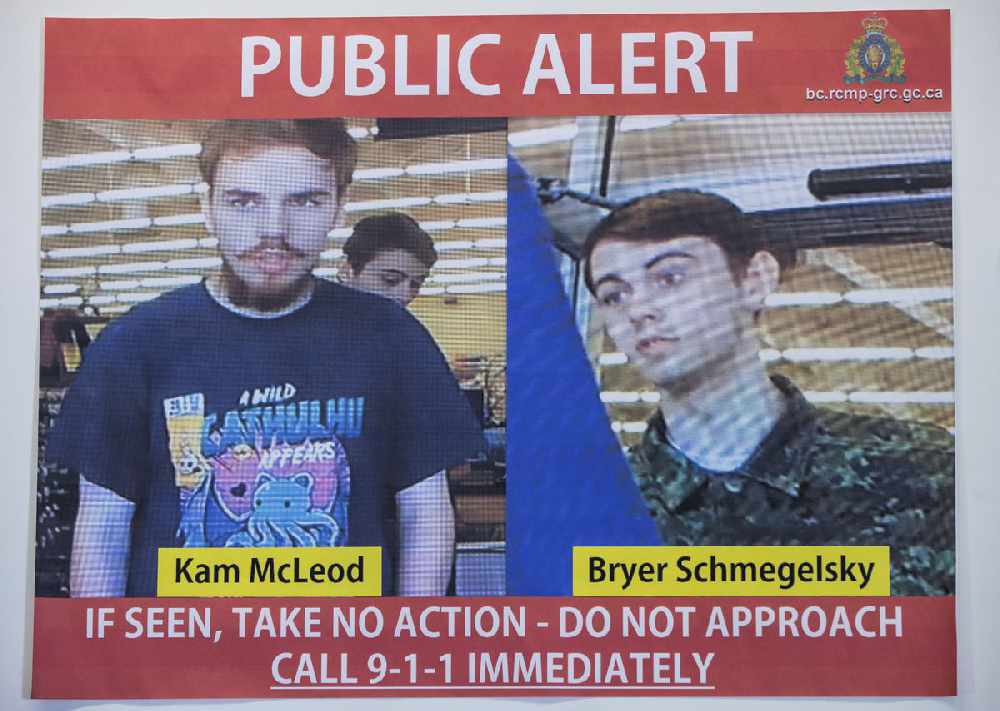 Toronto (AP) — Two young men thought missing are now suspects in the murders of an American woman and her Australian boyfriend as well as the death of another man in northern British Columbia, Canadian police said Tuesday.

The Royal Mounted Police had said Monday they were searching for 19-year-old Kam McLeod and 18-year-old Bryer Schmegelsky, whose burning car had been discovered south of Dease Lake.

During that investigation, they found the body of an unidentified man roughly a mile from the car.

It's about 300 miles along remote highways from the spot where 24-year-old American Chynna Deese and 23-year-old Australian Lucas Fowler were found shot dead over a week ago.

RCMP Sgt. Janelle Shoihet said Tuesday that McLeod and Schmegelsky left British Columbia and have been traveling in northern Saskatchewan in a grey 2011 Toyota Rav 4.

"The RCMP are now considering Kam McLeod and Bryer Schmegelsky suspects in the Dease Lake suspicious death and the double homicide of Lucas Fowler and Chynna Deese," Shoihet said

Shoihet said they are considered dangerous and urged the public not to approach them and to call 911. Police released surveillance photos of the two in Saskatchewan.

The separate discoveries of three bodies and a burning car with missing occupants shook rural northern British Columbia. Murders are rare in the remote region.

The burned vehicle belonged to McLeod and Schmegelsky, both of Port Alberni, British Columbia.

Police had said Monday the two were traveling to Whitehorse in the Yukon to look for work and had not been in contact with their families for the past few days.

Police said Tuesday they were still working to identify the male body that was found nearby their burned-out vehicle, but said he appeared to be in his 50s or 60s. They released a sketch of the man, with a heavy build with a grey beard and grey hair, and asked for public help in identifying him.

Fowler and Deese were found shot dead along the Alaska Highway near Liard Hot Springs.

The couple had met at a hostel in Croatia and their romance blossomed as they adventured across the U.S., Mexico, Peru and elsewhere, the woman's older brother said.

British Deese said the couple was on a trip to visit Canadian national parks when they were killed. He said the family believes they must have had engine trouble in their van.