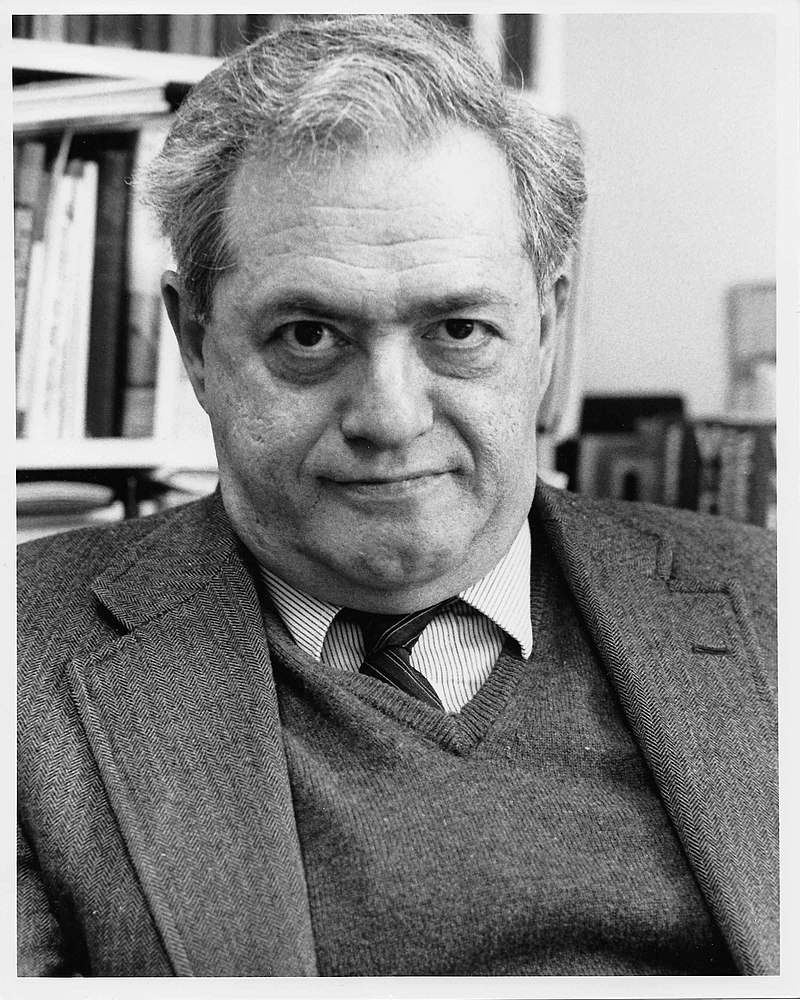 A portrait of Prof. Krauss in his Fairbanks office around 1988, taken by Lisa Favero.

Fairbanks, Alaska (AP) - A linguist renowned for his work with Alaska Native languages has died.

Krauss documented conversations with the last surviving speakers of Eyak, advocated for preserving endangered languages and created a map of Alaska Native languages.

"His sort of skill repertoire, his tool kit with regards to the practical, applied as well to the theory of language, was vast," said Jerry McBeath, emeritus professor at the same university.

"He was a very generous person, an excellent friend and a person who had grown beyond his discipline," he said, citing Krauss' love of music and how played in barbershop quartets with his son and McBeath's family.

Krauss graduated from the University of Chicago in 1953 at age 18 and attended Western Reserve University, studying Romance languages. He earned a master's degree from Columbia University and a doctorate from Harvard for his work with Gaelic.

Krauss moved to Alaska in 1960 and took a job teaching French, though he was not very interested in French, said Gary Holton, former director of the archive and now a professor of linguistics for the University of Hawaii at Manoa.

Krauss was interested in Alaska Native languages and began to focus on the last six people fluent in Eyak, a language spoken in south-central Alaska.

"He at the time in 1961 pretty much decided to focus his career on documenting everything that could be known of those last six speakers of Eyak," Holton said.

Eyak lost its last surviving speaker in 2008 but Krauss continued his work in preserving the language.

"As he got older, I'd say you know his physical energy decreased, but his zeal for what he was doing kind of remained the same," Isaac Krauss said.