Mendenhall Subaru is presenting a check to the Juneau Foundation for the Seward statue. 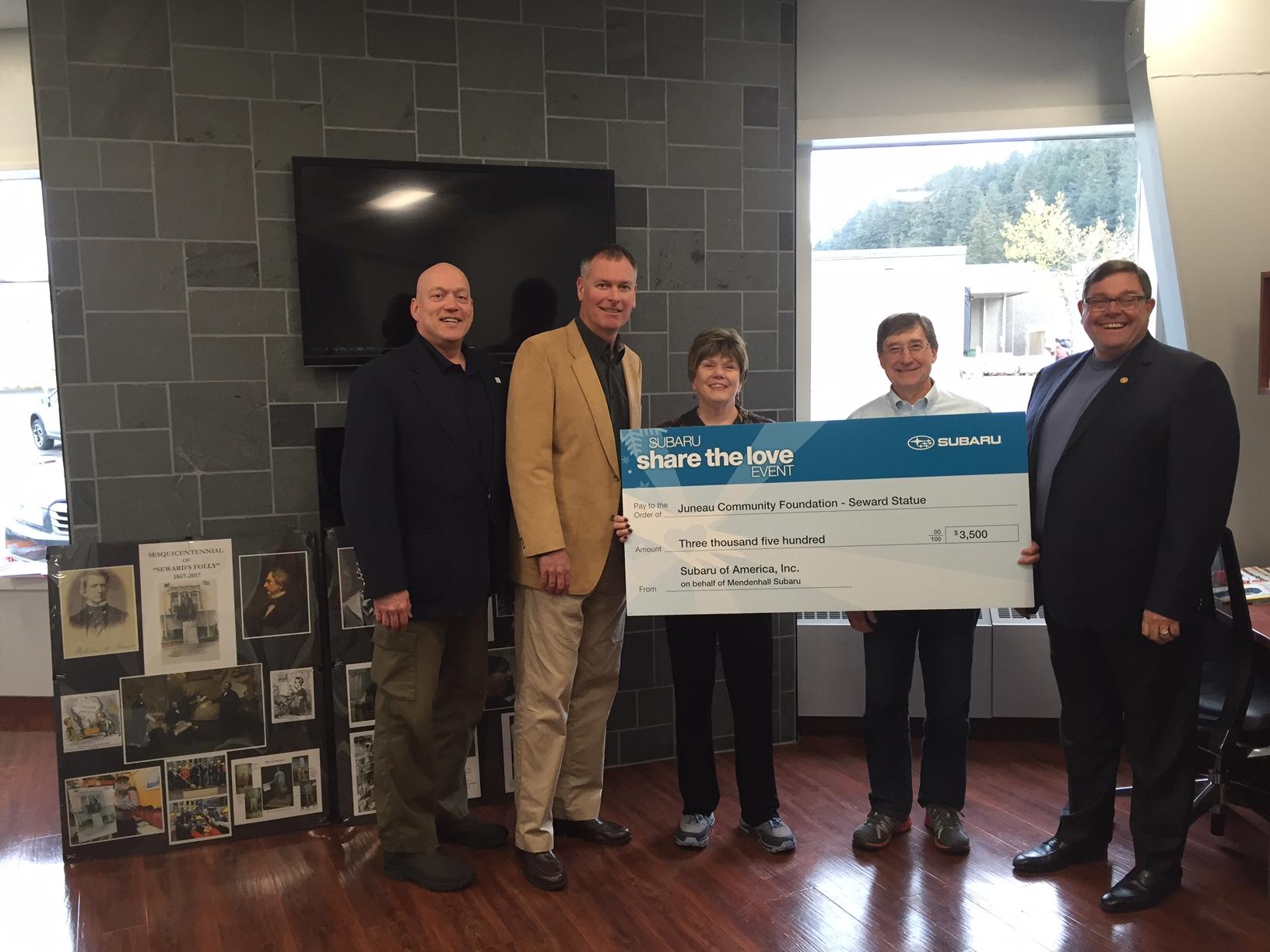 Mendenhall Subaru is presenting a check to the Juneau Foundation for the Seward statue.

Steve Allwine says it's coming from the proceeds of their Share the Love event back in December.

"We had the opportunity to get together with Mary Becker and Wayne Jensen - who are part of the Seward Statue Committee - and they came out to the Mendanhall Auto Center and we were able to present them a cheque for about $3,500," Allwine announced. "That money didn't just come from Mendanhall Auto Center, it actually came from our customers and Subaru. It's part of our Subaru Share the Love event we do every year in the Fall. The Juneau Radio Center is a little bit behind the curb on their Share the Love event because, frankly, Subaru has been doing this for eight years and has raised $70,000,000. This year we put $3,500 towards a Seward statue, and the last couple of years we put over $10,000 to a whale sculpture. For us it's a great event and we were really pleased to be able to give that money for the Seward statue. We hope to again follow up with the Subaru Share the Love event and, of course, give the Seward statue folks a little bit more money."