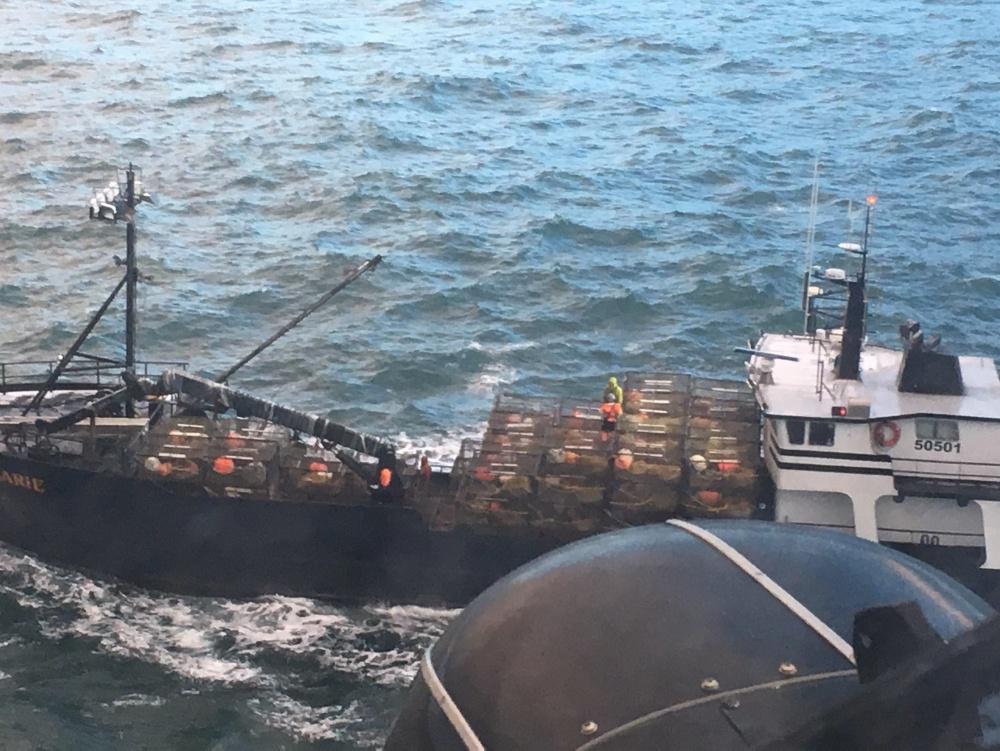 District 17 Command Center watchstanders received notification from the fishing vessel Pacific Mariner. They were relaying communications for the fishing vessel Kari Marie for a crew member that was reported to have suffered a compound fracture while aboard the vessel.

The man was transported to local emergency medical services personnel in St. Paul and was reported to have been in stable condition.

“Being forward-deployed in St. Paul allowed us to significantly reduce the response time to assist this mariner,” said Lt. Kevin Riley, the aircraft commander for this case.“We hope he makes a rapid and full recovery.”

On-scene weather was 4-foot seas, overcast skies, and an air temperature of 34 degrees with calm winds.