Man rescued after falling through ice at Mendenhall Glacier 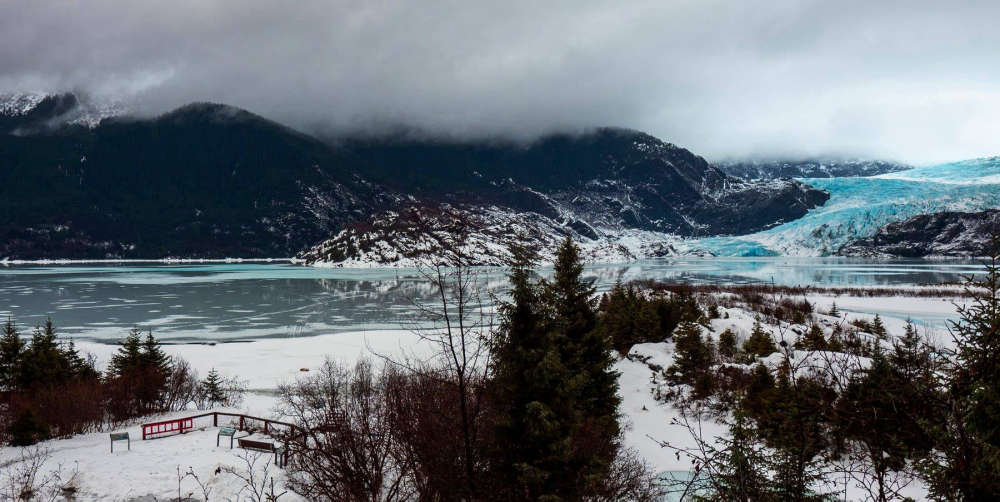 Juneau, Alaska (KINY) - Capital City Fire Rescue responded to the Mendenhall Glacier late Tuesday morning on a report that a man fell through the lake ice.

We talked to Assistant Chief Ed Quinto who was one of those who responded.   He said the man called dispatch and requested assistance.  Apparently, he fell in the water about knee-deep, according to the chief.  The man attempted to walk out but told dispatch he couldn't make it back.  Department personnel on four-wheelers went on to the lake to make the rescue.  "It was dangerous not only for the victim but also our rescuers," the chief said.

The man-made several mistakes, according to the fire department official.  First of all, he was by himself. The chief said he shouldn't have been out there by himself.  Second, the man was too close to the glacier where the ice was very thin.  There was evidence of the ice being extremely unstable because there was water on the ice indicating there may have been recent calving.    There were no other tracks leading to the glacier which should have been an indication to the man that he shouldn't venture there.  In addition, the temperature at the parking lot was one below zero so the chief figures it was minus ten at the glacier with a wind chill of minus 30.

The chief reminds people not to go out there even in this cold weather since the ice is still unstable and they recommend not going out on the ice.