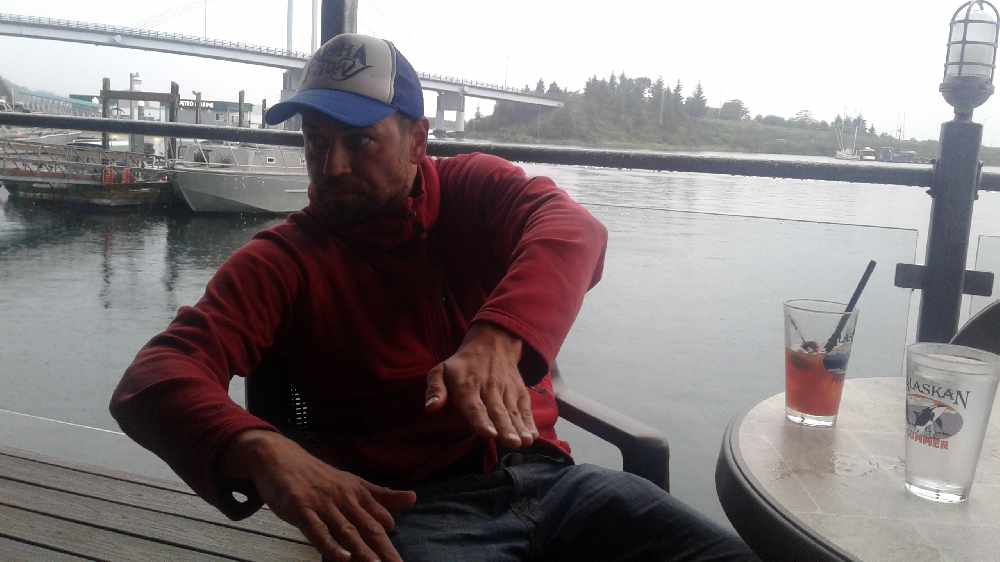 Juneau, Alaska (KINY) - As Luck would have it, he credits the pilot of the Alaska Seaplanes aircraft that went into the drink in Auke Bay Monday morning for still being alive.

We're talking about Luck Dunbar, one of the four passengers on the flight from Skagway to Juneau.  He talked to our Mike Clasby and recounted the experience from the time of the trouble to escaping the plane.

Dunbar said he could tell there was a problem with the engine since it wasn't at full power.  He asked the pilot,Joshua Poirer,  what was going on.  "He pointed over to the right hand side of the plane  and pointed down near Coghlan Island and said, 'We're going to set it down here'"

Dunbar said he kept his eyes open the whole time on the plunge down.  "Everybody had their heads between their knees just like in the Alaska Airlines' safety brochure.  I at that time accepted my fate.  It was a real surreal moment for me.  I didn't think I was going to live through that one."

Luck said of the  pilot during that time.  "He was totally focused the whole time.  I remember glancing over at him and he had his hands on the controls the whole time.  He kept the nose up.  We started to drag the tail through the water.  It slowed us down.  He couldn't have got the plane to go any slower.  So when we hit we were going as slow as possible."

Dunbar described the impact.  "We dragged through the water for a bit and then the whole plane hit the water.  There was a bit of an impact.  The tail came up and came back down.  We were really lucky we didn't flip.  Right then, the pilot did a quick look around, made sure everybody was okay and proceed to tell us to 'Open the doors.  Get out.'  And so that's what we did."

Dunbar talked about unbuckling his seat belt and  getting out.  "I'll never forget what I saw was water coming up my arm as I'm trying to find the buckle down in the water and I unbuckled himself.  The feeling of stepping, or just kind of sliding out of the plane into bottomless water, it was a feeling I won't forget."

Dunbar heaped praise on the pilot.  "He saved our lives.  It was him that laid the plane down without flipping it.  It was him that instructed us exactly what to do.  He was dealing with an issue that was not his fault and he dealt with cool, calm and collected."

All five people swam  the approximate 150 feet to shore on Coghlan Island and were rescued uninjured.

Luck Dunbar also had high praise for the staff of Alaska Seaplanes for their help in the aftermath of the crash.