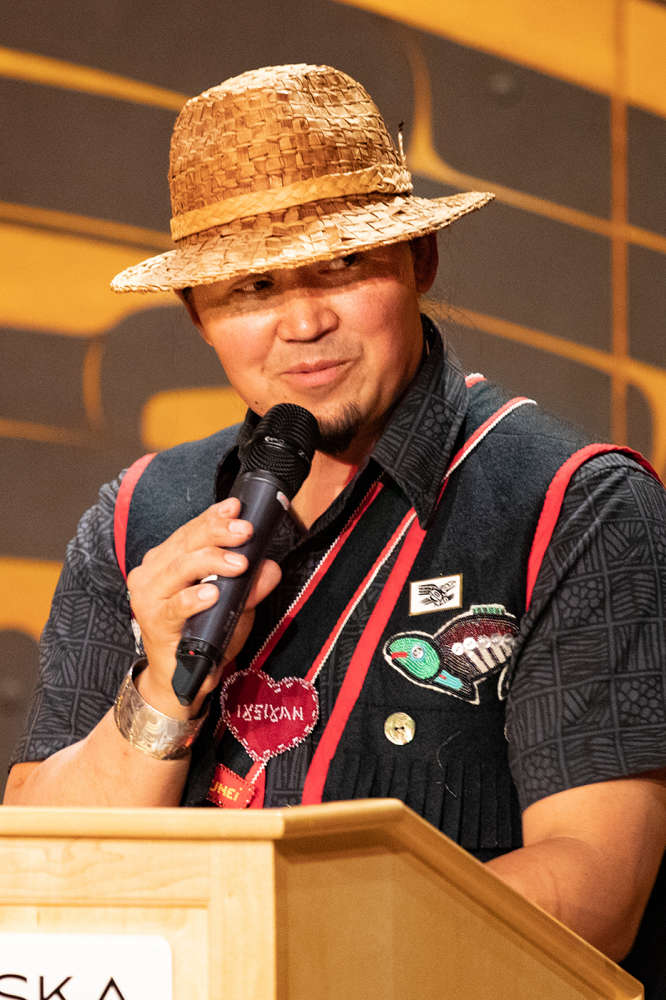 Juneau, Alaska (KINY) - Sealaska Heritage Institute will sponsor a lecture Thursday on the status of Lingít by a Tlingit language professor.

In his lecture Hél Dutóow: The Health and Future of the Lingít Language, X’unei Lance Twitchell, Ph.D. will describe his work over the past decade as he has been working with language teachers, speakers and learners to try and accurately document the number of Tlingit language speakers.

“This started as an attempt to determine the state of the language, because published records and linguists were estimating somewhere between 50 and 500 speakers of the language,” Twitchell explains, “Through research with community leaders and language teachers, it was determined that the number was closer to 100 and dropping.”

However, it became apparent that the number of language speakers was growing once research included all known learners and approximate language levels.

Twitchell is of Tlingit, Haida, Yupʼik and Sami heritage. He is a professor of Alaska Native languages at the University of Alaska Southeast and is a multimedia artist who works in Northwest Coast design, poetry, screenwriting, music, film and photography.

His studies focus on creating safe language acquisition spaces and achieving revitalization through counter-hegemonic transformation, which means a rejection of external definitions and fragmentation and a promotion of the thought world of the ancestors of language movements.

The lecture is scheduled for 12 p.m., Thursday, Sept. 22, in Shuká Hít within SHI’s Walter Soboleff Building, at 105 S. Seward St.

The lecture will be livestreamed and posted on SHI’s YouTube channel.