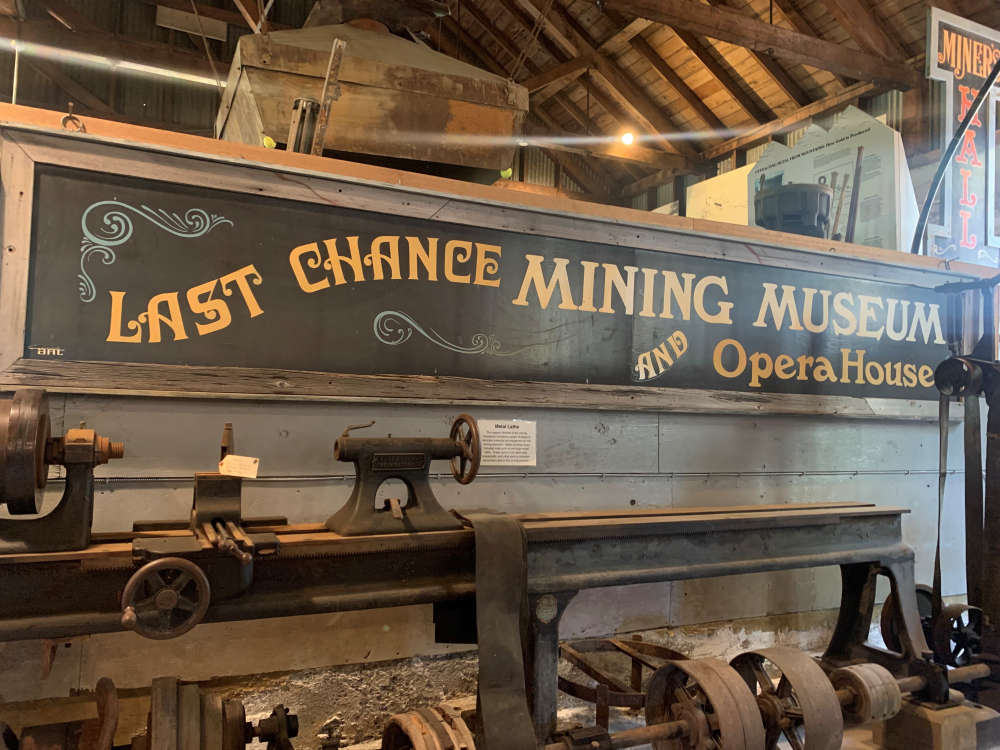 Its main building began operation as the Last Chance Mining Museum managed by Gary Gillette and Renee Hughes in 1997, as part of the Gastineau Historical Society.

However, the museum itself opened in the early to mid-'60s Gillette says.

"The local chamber of commerce established it, and they called it the Last Chance Mining Museum and Opera House. They had a production up here, Hoochnoo and Hotcakes, and a lot of locals acted as a tourist attraction. Also, you could climb up to the railroad levels and hop on a train and they took you through the tunnels. By the early 1970s, the insurance to operate something like that underground was so high they couldn't afford to do it anymore."

They were the biggest mine in the world, processing the most amount of ore, gold, lead, and silver.

Rare for mines, the Alaska Juneau Mine had a good safety record.

They had hired a safety officer who reserved the right to fire miners on the spot if they weren't following safety rules.

Over the 40 years they operated, there was 140 deaths total, and for some mines in the country that would have happened in a single day.

They housed 100 or so men down by the Gold Creek and gave stipends for married couples to buy houses in town.

When asked more about the history of the mines, Gillette gave a detailed breakdown of events.

"There was a local native guy, Tlingit chief, named Kowee, who showed Joe Juneau and Richard Harris that there was gold in the creek and they came up and worked their way up and made claims all the way up into Silver Bow Basin. And, that was the start of mining in Juneau. Treadwell happened just a couple of years ahead of that on the Treadwell side, Treadwell built up to become a big industrial process, you know, and was the first big industrial complex in Alaska. Nothing was bigger than the Treadwell mine when they were developing. Now when the AJ came on, they started growing even faster, and then Treadwell shut down in 1917 because they had a big cave in. So things slowed down there. And ultimately, the Alaska Juneau mine which everybody calls the AJ mine, which was this one, owned everything. They bought out the Treadwell, they bought out another one called the Gastineau mine, and they had closed the 1920 one. The peak years for this mine were in the 30s but it ran from 1912 to 1944."

When asked if they have anything special planned for Mining Month, Gillette had this news to share.

"Our organization is called the Gastineau Channel Historical Society and we are working with another organization called the Treadwell Historic Preservation and Restoration Society. You know, we work with them on the Treadwell mine historic park. We are working together with David Stone's family and reprinting his book that was done in 1980. Been out of print for many, many years. It's called Hardrock Gold and so we will have those. They're being printed right now. And those will be ready for sale on Gold Rush Days, which is June 19, and 20th or 18th and 19th. It's on a weekend," Gillette said.

To find out more about the mine's history, you can visit the Last Chance Museum Friday through Monday, 2-5 pm at 1001 Basin Road.

They are non-profit and looking for more volunteers.

They used to operate 7 days a week, 6 hours a day and would like to go back to that schedule but are in need of people's help.