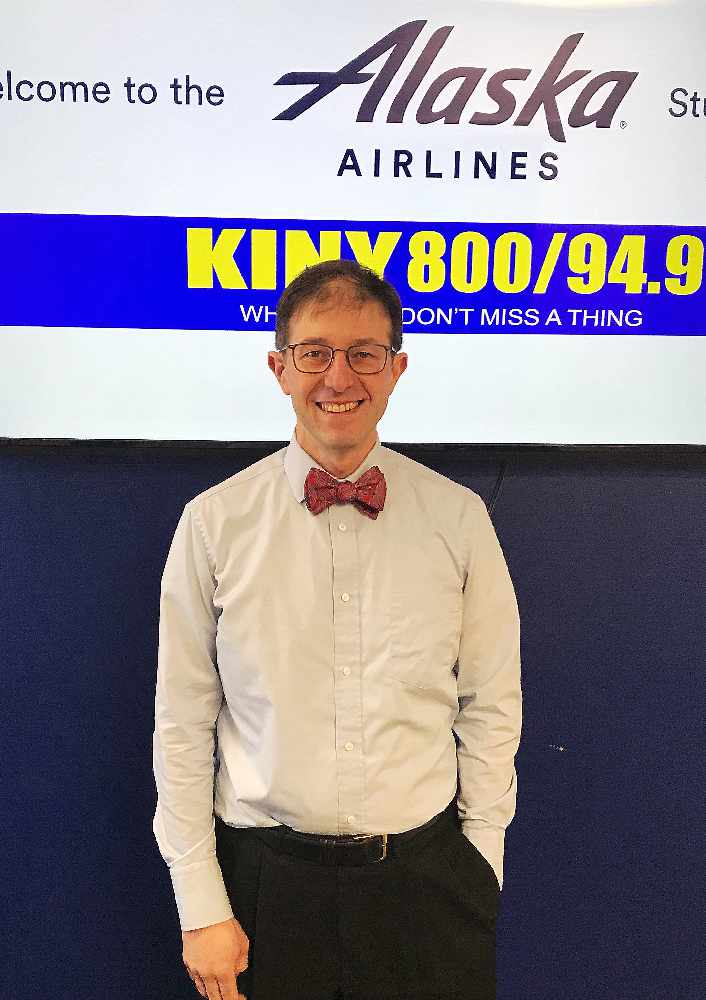 Juneau, Alaska (KINY) - This year has been a marathon rather than a sprint for newly elected Senator Jesse Kiehl.

"Were not supposed to still be in session.  The good news is we're here in the Capital City," he said.

Kiehl thanked the Governor for changing the call to the second special session.  He said the legislature has been at loggerheads with the governor but it was good for him to move past that.

The budget has been the huge hold-up.  They couldn't get the issue resolved in the regular session and so far in two special sessions.  The legislature cut about $250 million in budget cuts.  He noted the budget passed with tremendous bipartisan support.  The Senate voted unanimously in favor of the budget.  Then the governor vetoed an additional $440 million.

"There was a broad expectation that he would cut it further.  Most of us were surprised how far he went," he noted.

Cuts to Medicaid, health and social services, the marine highway system, and the university were tough to vote for, Kiehl noted.

"The schedule is minimal, its a pretty brutal service.  If you live in Prince William Sound you won't see a boat this winter.  Sitka won't see a lot of boats," he added.

Juneau, Haines, Skagway and Gustavus will also feel the pinch.  Kiehl said the economy will feel the reduction in service.

He said even Gavel to Gavel is in jeopardy.  The state also changed the commitment they made to pay back money to schools for bond debt.

Kiehl said he wonders how this will impact outside investment in Alaska.  He predicts people will leave the state and students will go out of state to college.

"This is a big deal.  I want to thank the Chamber of Commerce for the stance they took.  We have long asked the legislature to reduce the budget further but this is too far too fast," he added.

"You will see an impact from the crime bill," he added.   Misdemeanors, identity theft, possession of tools used in motor vehicle thefts, were all addressed.

He noted the state will pay $160 per day for each additional inmate they put in jail.

Kiehl said he will continue to fight hard to keep Juneau as the state capital.  He said the slow creep of jobs up north often is decided by different commissioners.  He said he constantly talks with commissioners about efficiency and why it makes business sense to keep management teams in the capital city.

"We have made progress.  Some departments continue to move jobs. We will fight every single one of them where it makes sense," he added.

Kiehl said the legislature continues to be stuck on the permanent fund dividend.   2018-2019 was the first year a substantial amount of the permanent fund was used for state government.   He used the word sustainable as his opinion on the issue.  He supports a split with some for dividends and some for state services.

Kiehl said the legislature should look at the PFD calculation formula.  He said it is a tough question as Alaskans weigh the role of the PFD in the future of Alaska.  He guaranteed that Alaskans will continue to get a dividend.

"Anyone who tries to do that will lose their election," he added.

The 5th annual Chamber golf classic is set for Saturday, July 27 at Mendenhall Golf Course. It is a best-ball scramble format.  There will be prizes to win on every hole and multiple hole-in-one prizes.

Wings Airways will give the presentation next week.