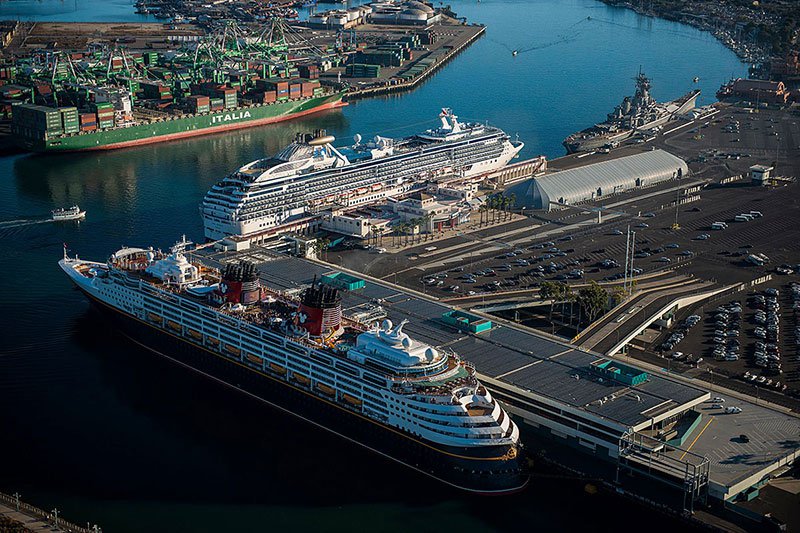 Los Angeles (AP) - Ketchikan's mayor and city manager accepted a free cruise to Los Angeles, which they said allowed them to continue talks with those in the private sector as Ketchikan looks to expands cruise ship berths.

The Juneau Borough Assembly nixed the same trip for its officials, and it also rejected a motion to have the borough pay for their cruise.

The free trip for Ketchikan officials came after the city approved spending $100,000 to assist Juneau in its legal battle with the Cruise Lines International Association over the appropriate use of commercial passenger fees. The association represents more than 50 cruise lines worldwide, including Norwegian Cruise Lines.

The litigation between City and Borough of Juneau and CLIA came to a close in recent weeks.

Amylon said he discussed the trip with the city council in an executive session last February, and he told the Ketchikan Daily News that council members thought it would be a good networking opportunity.

The city paid for their travel to Vancouver and home from Los Angeles.

Amylon said it was valuable to continue discussions with people and companies that started last month at the Seatrade Cruise Global conference in Miami. He said topics included the direction of the industry and how Ketchikan should move forward with port expansion.

"We met with several people from Norwegian," he said. "They were very productive conferences and meetings."

Amylon said he noticed the port of Los Angeles has a similar problem trying to disembark passengers.

The Ketchikan City Council earlier this year considered moveable, enclosed gangways to more efficiently load and unload passengers. But the council ultimately rejected the idea because they would take up too much room on the berths.

The nearly 1,100-foot long Norwegian Joy, which can carry about 3,800 passengers, will make its inaugural visit to Ketchikan on Thursday.