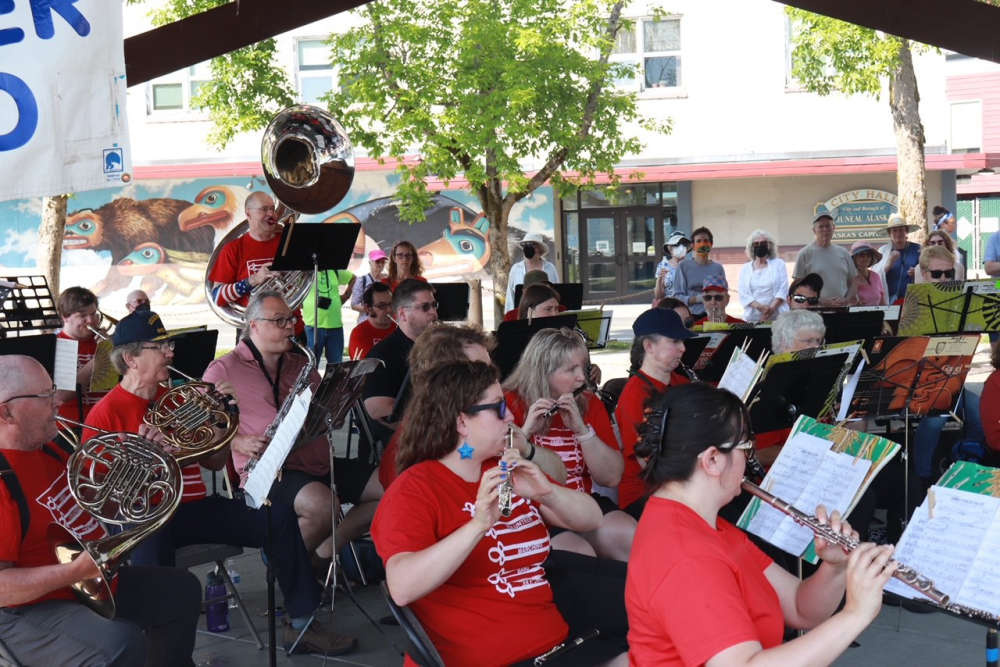 He said the slower part in the song was to represent the time members played alone over the pandemic.

The Juneau Volunteer Marching band gets together once a year for the Fourth of July parade. 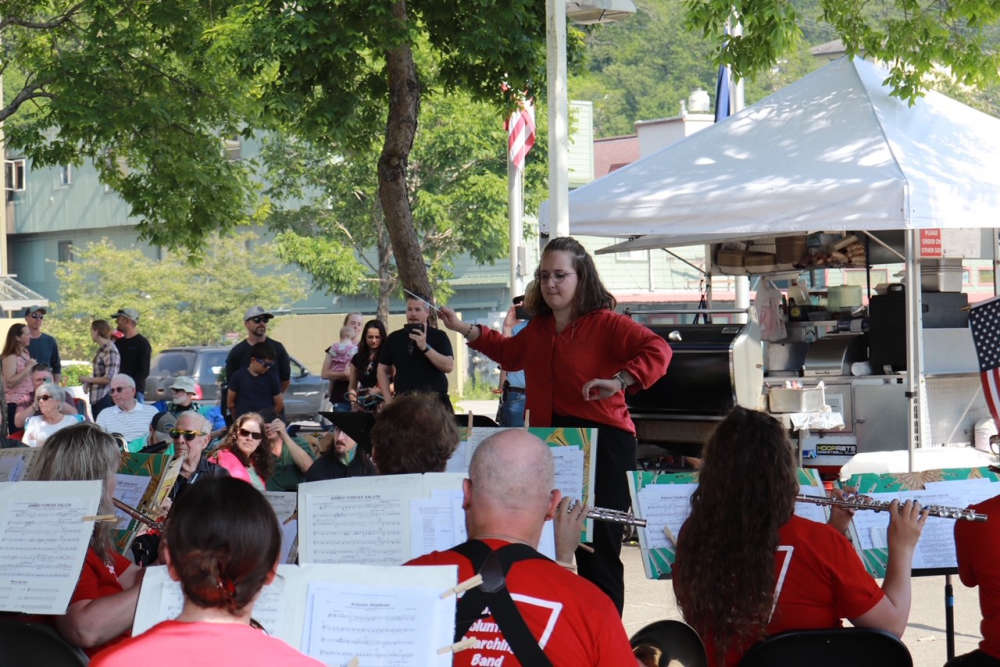 Above: Devin Moorehead, who has been playing the clarinet for 8 years, chose a song for the marching band to perform and conducted it herself.

The song was "Barnum and Bailey's Favorite", written by Karl King.

Sarah Mcnair-Grove, the director of the Juneau Marching band and clarinet player, talked about their performances.

She has been the director for about 8 years.

"The Juneau Volunteer Marching band gets together once a year just for the Fourth of July, we do a concert in the park and then we participate in the parades, both Juneau and Douglas. The marching band started in 1976. So I guess that's 46 years. Oh, it's just a great community thing. Making music together is so much fun and we bring a little Fourth of July spirit so it's great."

Mcnair-Grove also had this to say about the marching band's practice.

"There are somewhere between 25 to 30 folks. Everyone this year is from Juneau. Actually, for this concert, we practiced last week every day so we had about 6 rehearsals. For the parade, we have one rehearsal. We usually play 'Stars and Stripes' and 'Washington Post'. We play about three suites and marches, and since everyone knows them we just need one rehearsal.

The volunteer band is accepting donations. 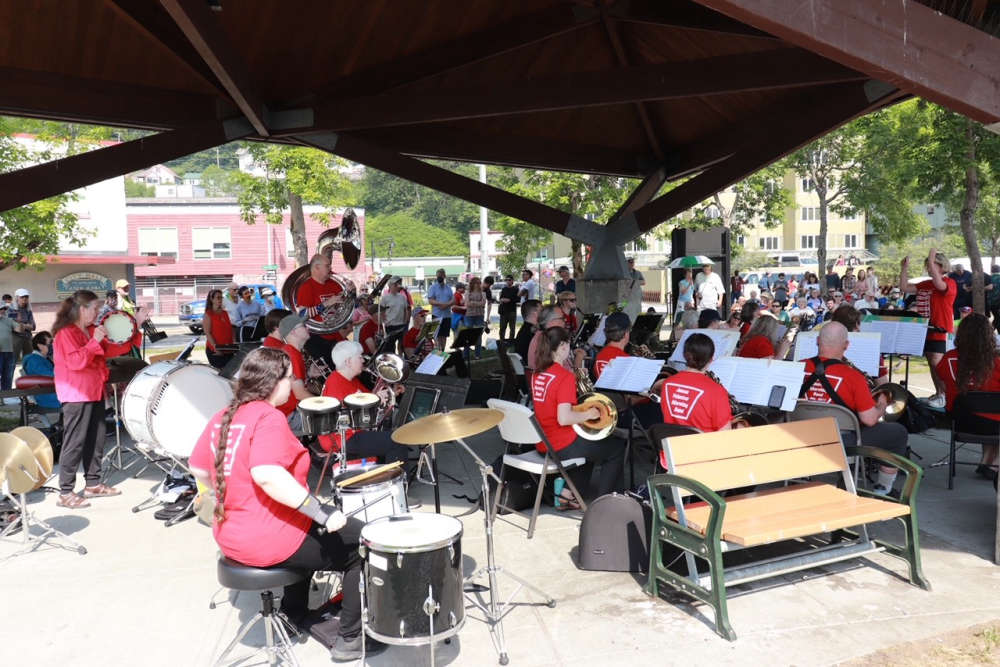