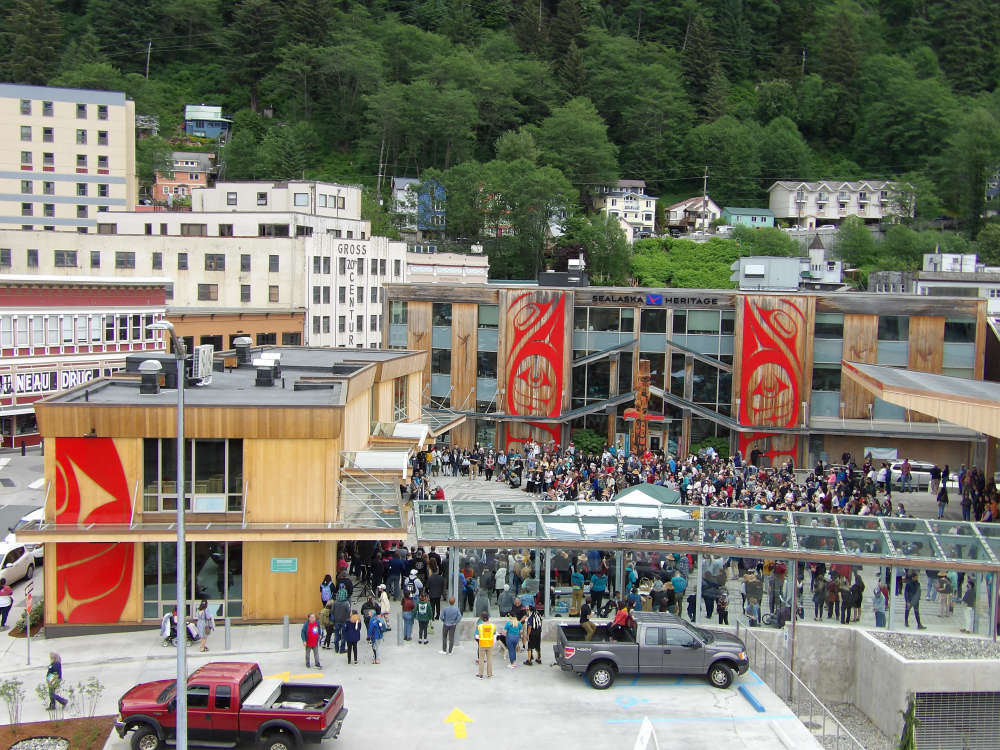 The gathering at the arts campus at Heritage Square. (Kevin Allen/KINY)

"This is the second phase in making Juneau the northwest coast arts capital of the world," said Sealaska Heritage Institute President Rosita Worl, who welcomed attendees to the 6,000 square foot arts campus located in Heritage Square. 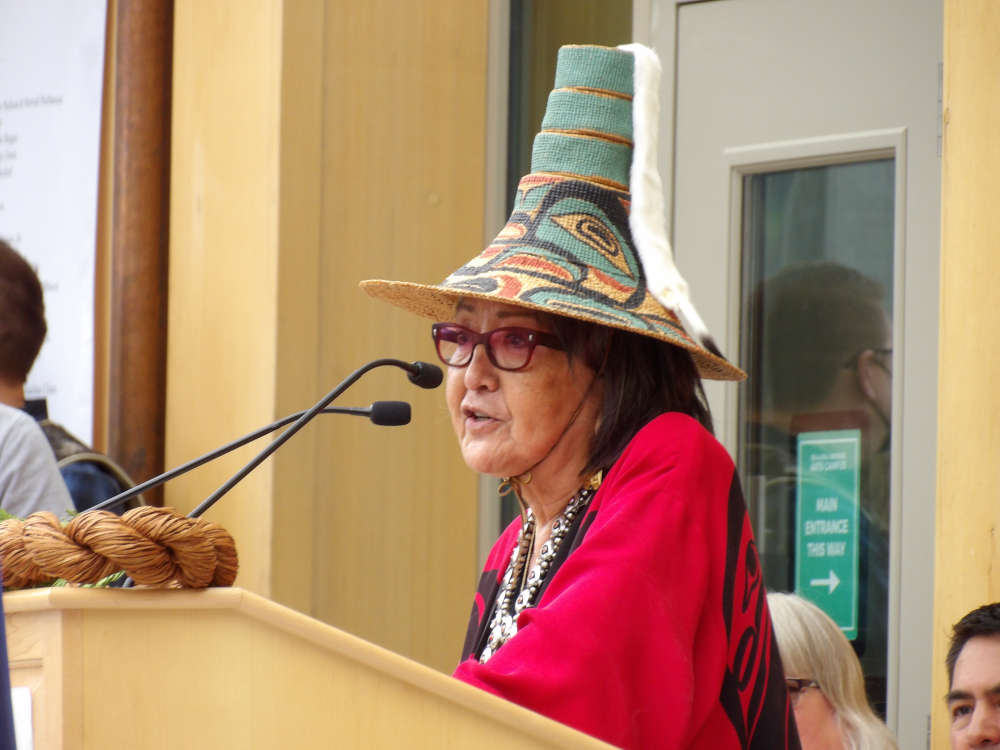 Worl addressing the gathering in front of the new arts campus building.

Construction began mid-2020, and was officially opened this week. The campus will house space for artists to make northwest coast art pieces, as well as space for classrooms.

The Institute has a number of goals with the campus, including the expansion of Alaska Native art programing, supporting native artists, and to offer a space where the public can learn about native cultures and art forms. 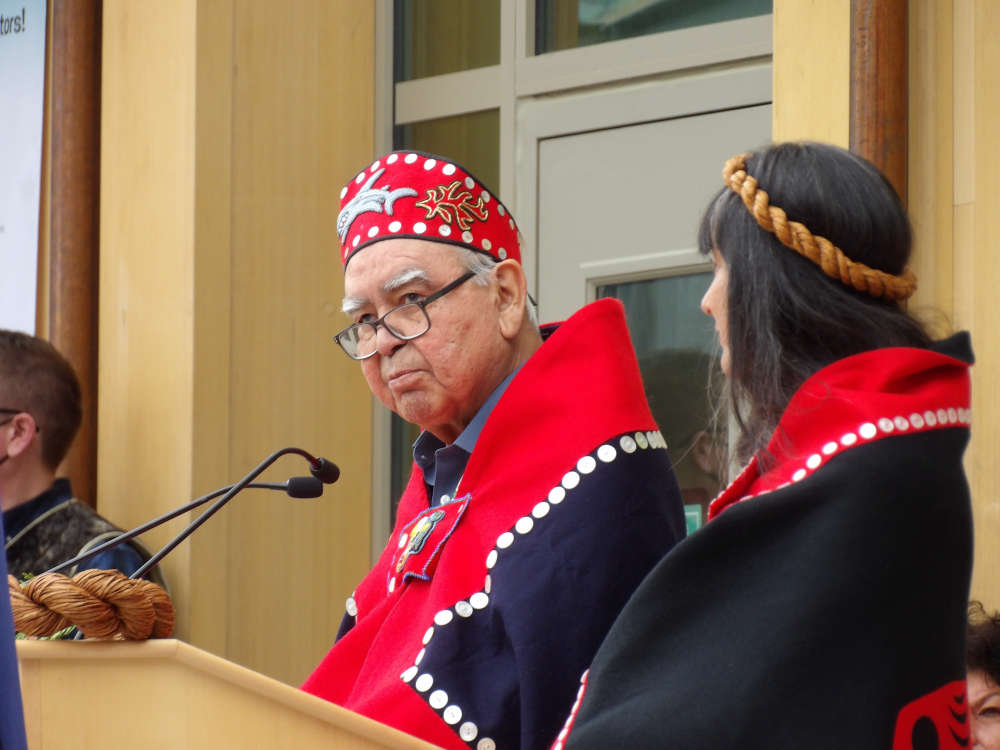 Jack pausing for a moment during his speech.

Sealaska heritage expects the campus to help revitalize downtown, and grow the demand for arts, a $58 million dollar industry in Southeast. Juneau Mayor Beth Weldon says the campus will go a long way towards downtown revitalization.

"One of the City and Borough of Juneau's priority is to revitalize downtown Juneau, and the art campus will certainly go a long ways towards that," she said. "Between the arts campus and the Walter Soboleff building, you'll probably be the shining jewel."

Also, they anticipate that it will help create more global demand for Alaska Native and Northwest Coast art, by exposing cruise visitors to the art forms.

After the ceremony, an unveiling was held for a 360 degree cultural values totem pole, the first of its kind in Alaska.

"I look at this strong Haida totem pole, in Tlingit Aani, and I look at it with such pride because I know it was carved with love that it represents all of our cultures of Southeast Alaska," said Tlingit & Haida President Richard Peterson. "The artist, TJ Young was so intentional about making sure a Tsimshian and a Tlingit carved on that pole alongside him. I want to recognize TJ because this is one of the most beautiful poles I've seen."

"We are truly here to celebrate, not as a bunch of individual clans because we know our clans and our histories and we come out to share and bring them out, but we're here not as an us and them, there is just us," said Sealaska corporation board chair Joe Nelson. "For the next three days there is just us, and we'll be opening the doors to the whole community of Juneau the whole state of Alaska, the whole Northwest coast, and really the whole globe." 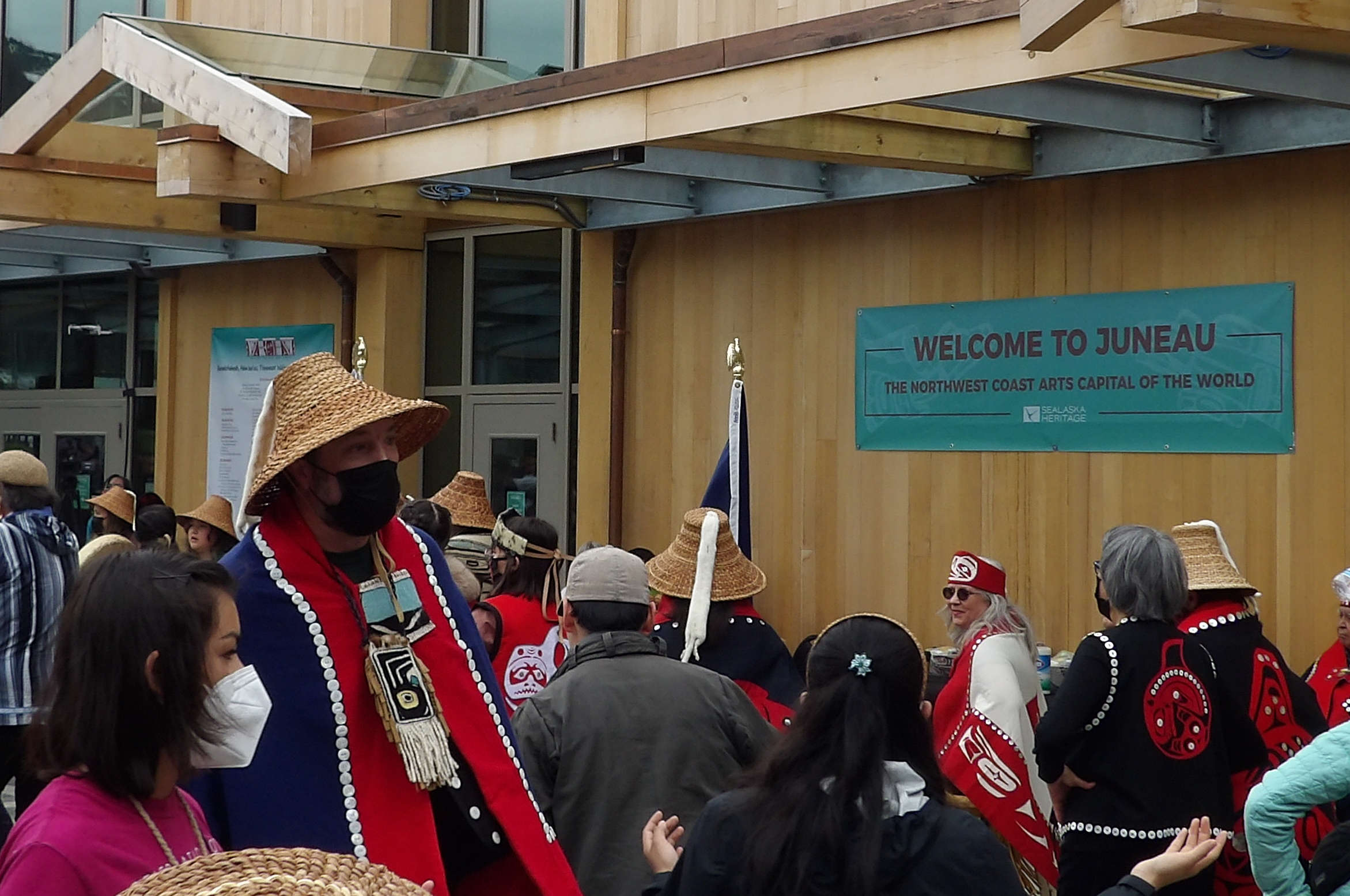