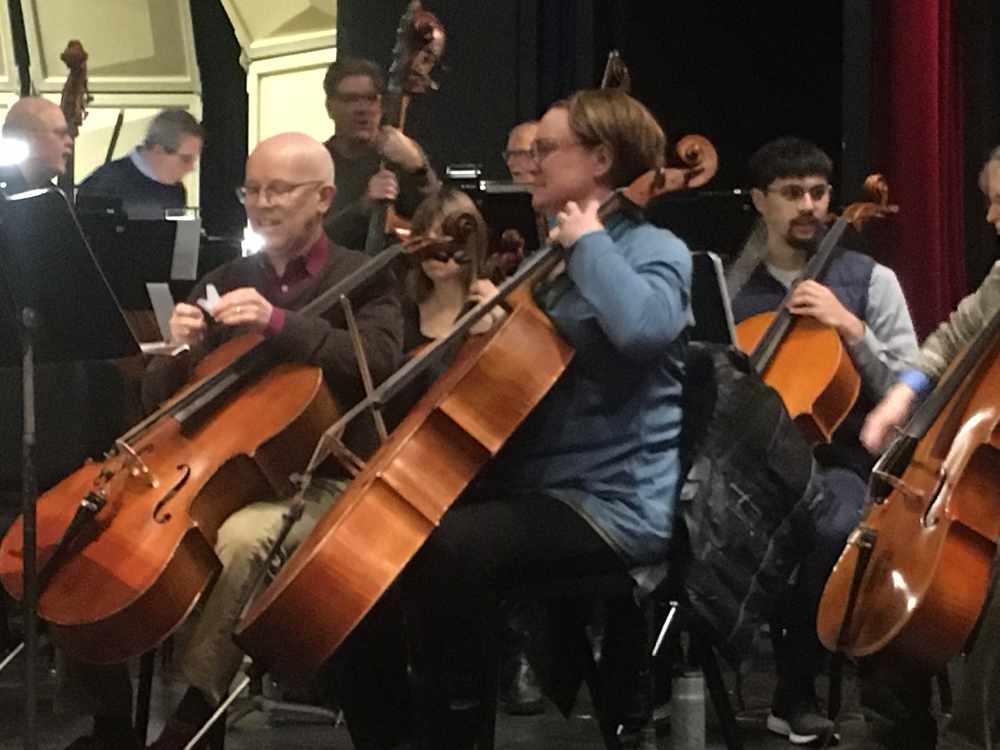 Juneau, Alaska (KINY) - All 4th and 5th graders in Juneau schools got to experience a live hookup to the historic Carnegie Hall as they heard a performance from the Juneau Symphony this morning.

Charlotte Truitt, Executive Director of the Juneau Symphony, said it was an exciting link-up concert in "The Any Given Child Program."

The kids played songs and music together, played with the symphony and then listen to the symphony.

They also incorporated the Alaska Flag Song and sang the second verse, bringing appreciation and awareness to an effort by House Rep. Andi Story.  She filed a bill that incorporates the second verse of the song as part of the official state song.

"We are hoping to inspire and encourage them to love music and play music, and keep music as part of their life.  We are hopeful that this will inspire them," Truitt added.

She added it was a great day for her members as well, "Its a wonderful opportunity to outreach, encourage and mentor.  It just feels really good to inspire others.  Most of our members began playing music as children and they appreciate what music can bring to the lives of these kids.

Carnegie Hall's mission is to present extraordinary music and musicians on the three stages of this legendary hall, to bring the transformative power of music to the widest possible audience, to provide visionary education programs, and to foster the future of music through the cultivation of new works, artists, and audiences.