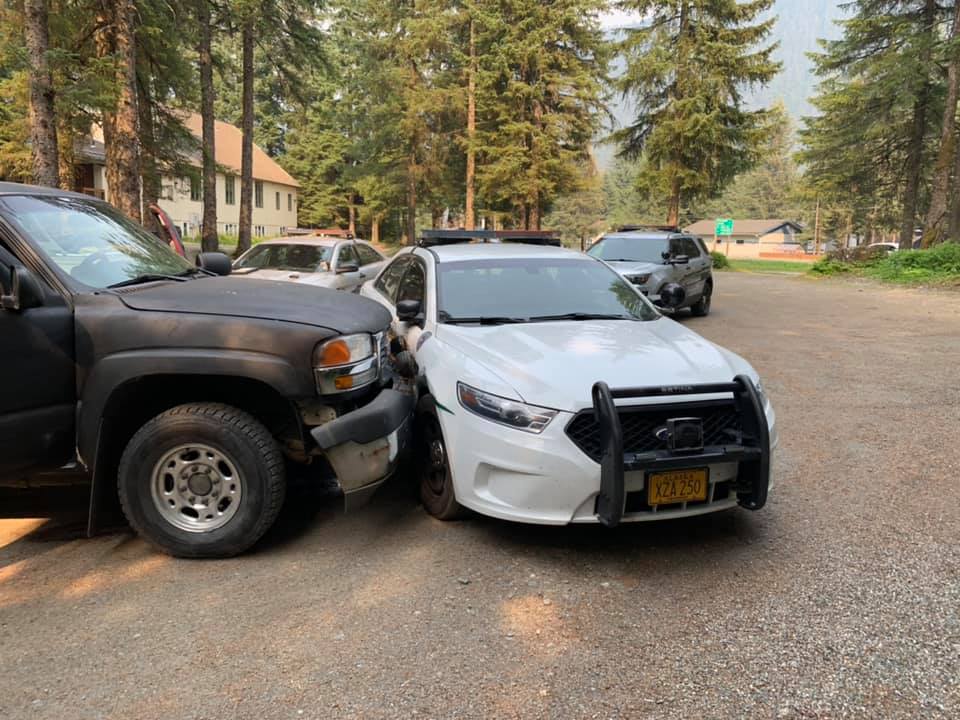 The black truck rammed a JPD unit on Sunday.

Juneau, Alaska (KINY) - Officers attempted to stop the vehicle, but the driver wouldn’t pull over, resulting in a vehicle pursuit. The black truck continued to drive erratically, crossing over the median and into oncoming traffic.

Juneau Police Department received multiple reports Sunday of a black truck driving erratically in the valley. Callers reported the vehicle was failing to stop at stop lights, driving onto the sidewalk and swerving.

Officers used spike strips to slow the vehicle, but not until the vehicle struck two patrol cars.

The suspect is currently in custody.

The black truck attempted to ram a gold SUV that had pulled into a church parking lot in the area 4300 block of Mendenhall Loop Road. An officer moved his patrol car in front of the black truck to prevent it from being ramming the gold SUV.

One officer sustained minor injuries to his hand while attempting to stop the vehicle.

The suspect vehicle also attempted to crash into several other vehicles. JPD is attempting to identify any driver that was almost hit by the black truck or had to take evasive actions to avoid being hit.

If anyone has information about this incident, please contact JPD at 586-0600.