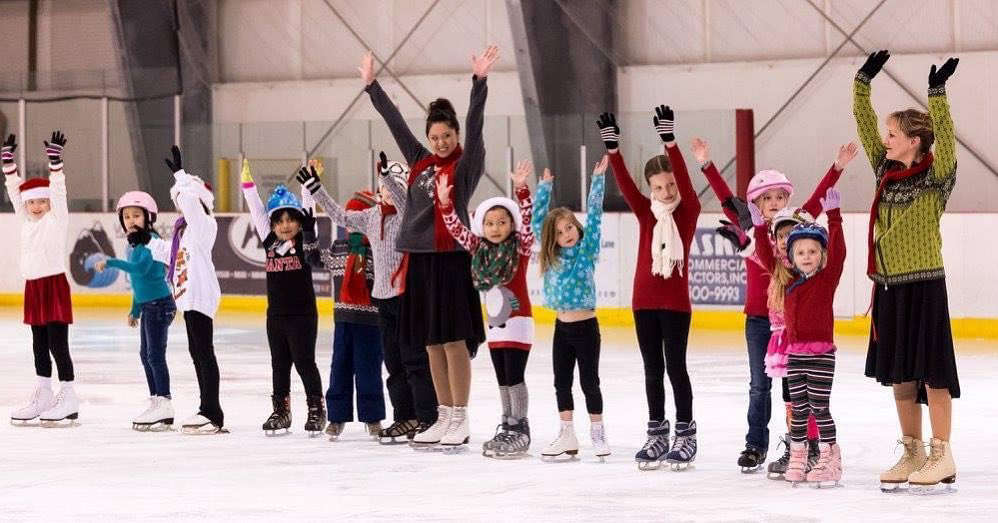 Farzin spoke on her history as a skater.

"I became part of the Juneau Skating Club immediately after I moved here, almost exactly eight years ago this month. So I showed up and I thought I was going to be teaching maybe some Saturday morning, learn to skate lessons here and there every week and then showing up and leaving. And then I very immediately got thrown into being a full figure skating coach, and then a few years later, starting to take their synchronized skating team to competitions where they had just been a show team before. I've been skating my entire life. I started when I was about three years old, started taking lessons when I was about five, started competing when I was six. Competed all the way through college. When I made a synchronized skating team in college, it was actually a varsity sport and got to travel all over the country, competing individually and with a team."

She explained the sport of synchronized skating.

"Synchronized skating is a team of eight to 20 skaters. Most of the top teams these days are supposed to have 16 skaters, but between eight and 20. You all skate together on the ice. It used to be you'd always be connected to each other like holding shoulders or holding hands or something like that. But over the years, it's evolved. And now there's more elements where you skate looking just like the person next to you but not holding onto the person."

Farzin said there's 13 people on the team this year, and they are preparing for next week's competition in California.

"We've done well at this competition in big groups too. Like I think our group last year was 10 teams, the time before was like 13 teams and gosh I think they got medals both times, which means they were top three or four. We're really hopeful that things are gonna go well. Then we're going to another competition in January so we'll be able to take all the feedback from that competition."

She said what song the team will skate to.

"I chose a Florence And The Machine song called, 'Never Let Me Go' because kids are getting older. My teams used to be younger and we used to try and choose like really upbeat music and things. As they're getting older they're thoughtful teenagers now. So I thought we'd kind of lean into that and do kind of a more dramatic program this year, more serious."

Farzin said she aims to choose songs each year that help the team stand out.

"I encourage everyone to get on juneauskatingclub.org and register for classes if they're interested. It's all ages. I think starting at four to 94. If anyone wants to learn to skate, there's definitely adult classes. People always look at me really surprised and they're like, I'm an adult, I can learn to ice skate? And I'm like, yes, of course. We have a whole hour set aside for adults on Saturday mornings. If you register for this session you can appear in our Holiday Winter show that is in December."

The Holiday Winter show is returning to Juneau after being on hold.

"That's December 11th at 1pm. It's a free show and we haven't had it since 2019 because of the pandemic and just general planning things. So very, very excited to have that again."