Juneau Skating Club Not “Iced” by Season of Change 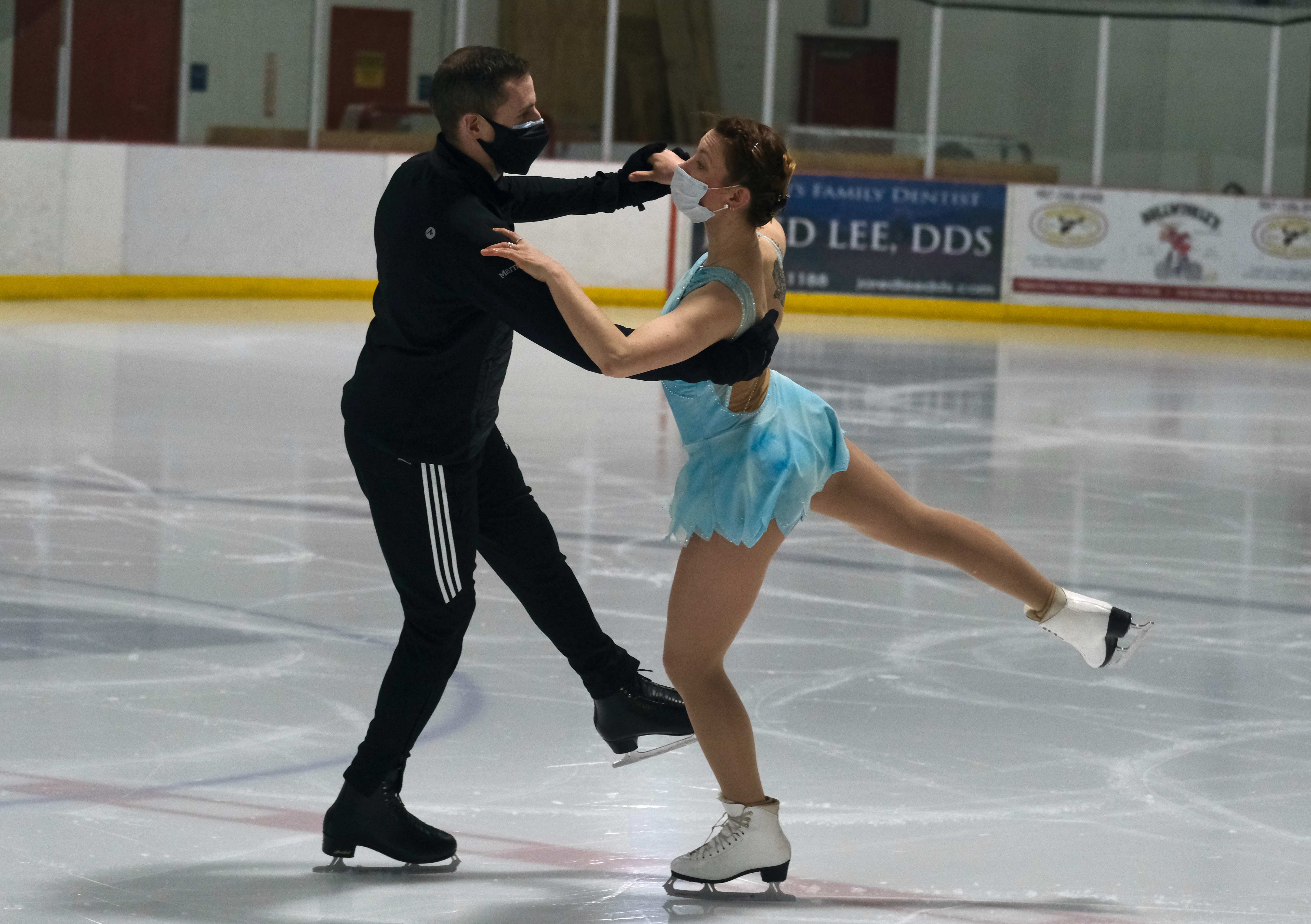 Juneau, Alaska (KINY) - If you have ever wanted to experience the feeling of an Olympic skater's double axle or choreographed pairs going skate for skate or synchronized groups on the ice, then the Juneau Skating Club’s Seasons of Change is for you.

“By and large, you are going to get a perspective that you don’t normally get,” Ryan Kauzlarich, the Juneau Skating Club production’s technical director, said. “You are going to be on the ice with the skater the whole time.”

The Juneau Skating Club has adapted to the coronavirus pandemic conditions that have stopped their in-person audience performances at the Treadwell Arena rink by bringing those performances to their skating fans.

Seasons of Change, the club's first virtual figure skating event, will be unveiled Saturday, April 24 at 6 p.m. on the club’s YouTube channel.

“This year, with COVID, we knew that we were not going to have a normal spring show,” Kauzlarich said. “We couldn’t get people packed into an arena this year. So I had the idea that we should record one and put it on the air for people to watch.”

Not only did the JSC lose the spring show last year but they also the ability to offer skating lessons and classes, and for skaters to work toward U.S. Figure Skating testing.

“There wasn’t a whole lot for our skaters to work towards this year, there were not a lot of goals,” Kauzlarich said.

Alexandra Sargent, the creative director behind the JSC production, said “The why is really about the crazy year we have had, and the Juneau Skating Club works really hard to collaborate and make it so we can skate. And we can keep skating under different conditions based on a year or so of a shutdown, basically, and we just wanted our skaters to be seen.”

Added Sargent, “It is called Seasons of Change because we are in seasons of change, whether it be the weather outside or the person on the ice, we all change. I hope people enjoy seeing that and enjoy seeing skating again.”

And it will be as though viewers are on the ice themselves.

“Usually you are in the stands. The skater kind of looks small and you are looking through the mesh of the hockey netting,” Kauzlarich said. “You don’t get that during this show. In this show, you are feet away from the skater, they are doing jumps towards you. You are rotating around them as they spin. It is just a completely different perspective.”

Kauzlarich had no production equipment prior to the production. He purchased a new cell phone, Gimbal and Stabilizer, and a new lap top and software. The entire production was produced with those tools and they allowed for post-production special effects and editing.

“Essentially I just chased the skaters around on the ice,” he said.

Skaters will be introduced maskless via a green screen, but all routines are performed in masks per safety protocols.

Sargent said the skaters will not follow the typical less-experienced to more-experienced performance schedule. Instead, names were drawn out of a hat to choose the lineup.

“So watching it is really interesting,” she said. “It is captivating and enjoyable. You get a little bit of a really talented, incredible skater that skated for Disney Ice, and then you get a little bit of someone who is still growing in their skill. You will see great skating across a wide variety of skill and age levels.”

The show will also feature the club’s synchronized teams and spotlight performances.

“Creatively it just keeps changing as we go,” she said. “When you are watching it live sometimes it can get a little dull, kind of slow down a little bit, but this really keeps you going. The music, too, will be a little bit of New Age and old age stuff. People will recognize a lot of the stuff and hopefully want to dance in their seats, too. It really opened up what skaters can skate to.”

Sargent said the club can use these production ideas in future performances even when COVID-19 restrictions ease.

“We kind of figured out what we can do, our capabilities, the possibilities… it makes the creative mind start working,” she said.

Roughly 40 skaters are in Seasons of Change. The practices and filming began in late January and included Kauzlarich filming with Sargent on Mendenhall Lake due to limited time on the shared Treadwell Arena ice.

“Good old Mendenhall Lake,” Sargent said. “Mostly it was just me due to liability. I don’t know if it was just me being silly, but we did go out on the rain, freeze, rain, freeze and I did feel uncomfortable but it was helpful for us to understand our capabilities and what we can do and how we can make it as amazing as possible.”

The show will not feature guest artists like past live productions. Filming performers allowed Kauzlarich and Sargent to maximize a skater's angle on the ice for best performance value while also overcoming the hinderance of masks hiding a skater's emotions.

“We just felt that this had an amazing community feel,” Sargent said.

She said she was proud of the club. "They are working so hard to make sure our kids can keep having an activity in their life that they love. It just wouldn’t be possible without people being flexible, without people still wanting to have fun, and now we are reaping the rewards of that. It just makes me proud as a coach to represent Juneau and the state of Alaska,” she said.

Seasons of Change is free and can be seen by tuning in at YouTube.com/c/JuneauSkatingClub.

Viewers can search Juneau Skating Club on YouTube in the search bar, and the page will pull up and fans can see little trailers the club has been working on as well as spotlights of other skaters who have been skating throughout the year. The production will not play until 6 p.m.

And, of course, like any great modern multimedia production there will be bloopers at the end.

“That was one of my demands,” Sargent said. “We have to add bloopers at the end. So watch it all the way to the end. I can be silly on the ice… that is how you keep skating fun.”

Seasons Of Change skaters include: