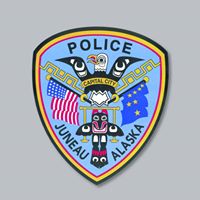 Juneau, Alaska (KINY) - The Juneau Police Department has received many calls in the last few days from people stating they had received suspicious calls from someone claiming to be with the Social Security Administration.

Some of these calls contained very alarming statements, according to police.   Some call recipients were told their Social Security number was implicated in serious crimes including murder and drug trafficking or that vehicles registered to them have been found with drugs in them.  T

These calls are phishing calls intended to intimidate the recipient into providing information the perpetrators will then use to commit fraud.

The people making the calls spoof phone numbers to make it look like they’re calling from local numbers even though they are not.  For the safety of your information, police recommend you never provide personal information unless you know with certainty you are talking to a trusted entity.

Most government and banking entities will not initiate contact by phone.  If you receive suspicious calls, the department recommends you hang up without providing any information.  After hanging up, you can call the named organization at their published phone number if you think it might be a real call.

The Social Security Administration has tips on their website about what to do if you receive calls from someone claiming there’s a problem with your Social Security number or account (https://faq.ssa.gov/en-us/Topic/article/KA-10018).  SSA recommends reporting questionable calls to their Office of the Inspector General (https://oig.ssa.gov/).  If you suffered a financial loss as a result of the call, please also report that to the Juneau Police Department at www.juneaupolice.com