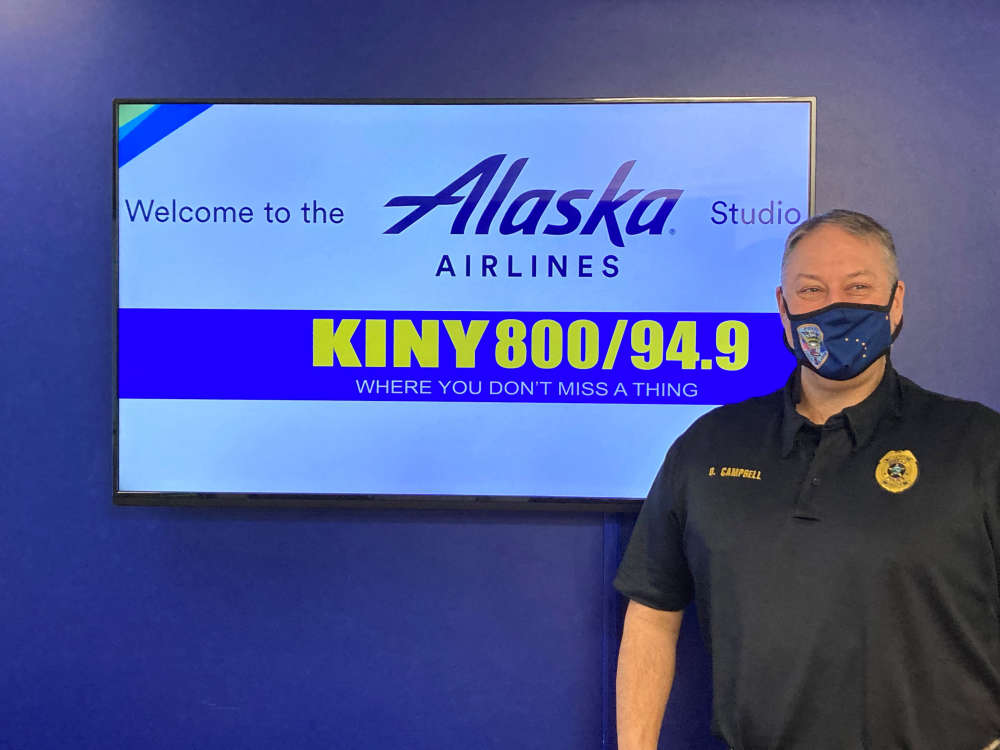 Juneau, Alaska (KINY) - As part of Juneau police's efforts to recruit officers, they recently swore in two new officers and are working to bring back the department's cadet program.

JPD Deputy Chief David Campbell talked about two new officers that were recently sworn in while a guest on Action Line.

He said they are currently at 50 officers, but would be fully staffed at 57.

"So they are currently going through their initial phases of training with JPD, and at the end of February, they're gonna be heading off to the Public Safety Academy over in Sitka. It takes quite a while after you get hired to become a police officer, about a year, the academy is 16 weeks, then when they get back, they go through a 14-week field training program. So it's a pretty big commitment in time," he said. "Our hiring standards are pretty tough. Only about 10% of people that apply for us actually make it through and it takes several months to go through it. But we're constantly hiring, constantly recruiting."

In an effort to bolster possible future recruits, the department is working to resurrect its cadet program.

The program was discontinued in the '90s, Campbell pointed out that three current officers had participated in that program, Lieutenant Jeremy Weske, Sergeant Chris Gifford, and Sergeant Don Branson.

"It's the kind of thing that when you do it, you're not looking at hiring someone next year, you're looking hiring someone let's say five years from now or six years from now because the ages of the cadets are anywhere between 16 and 20. So we're going to bring that in this spring, we're working through some of our finalizing policies that we have to have in place. So it's being wrapped up and finalized and then we're going to start advertising and start recruiting."