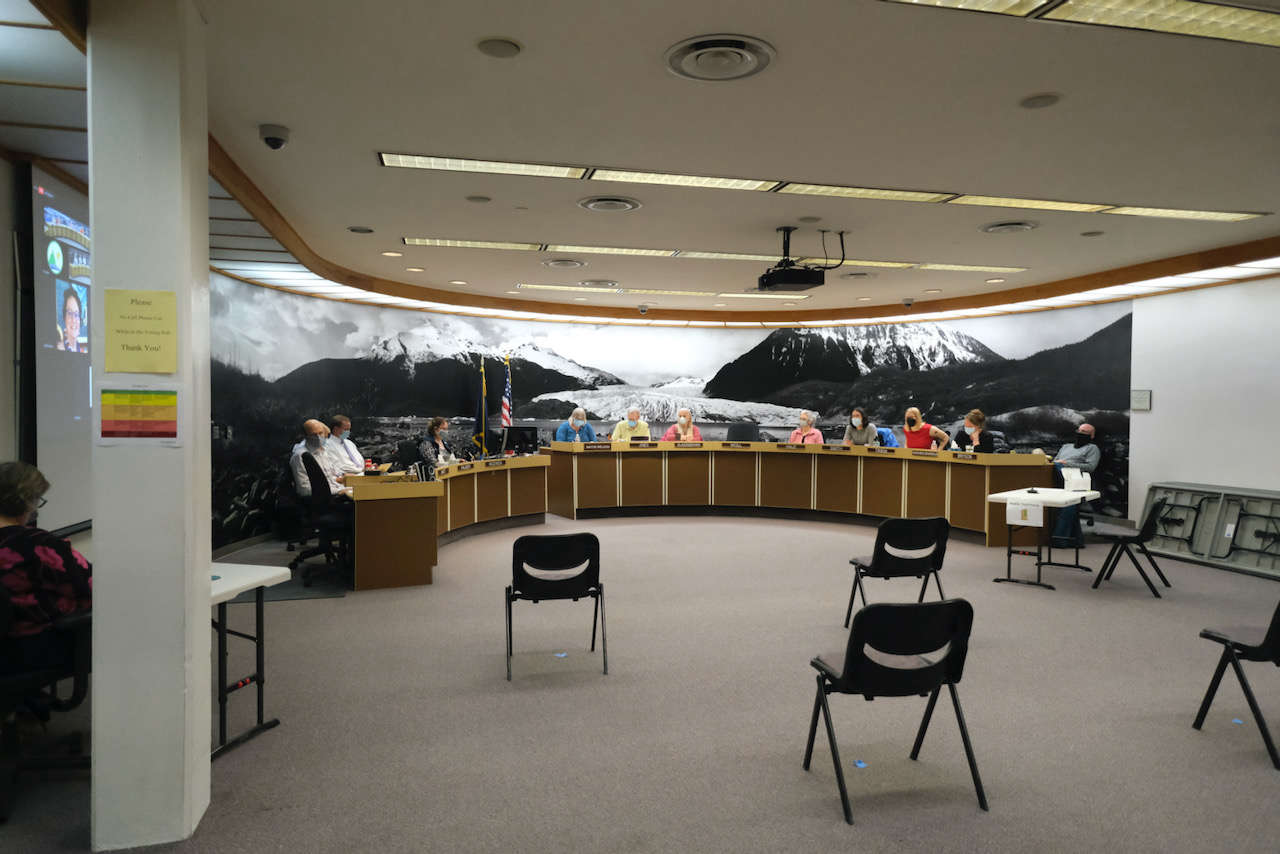 The measures were originally set to expire on October 31st, the city cites that due to a surge of COVID-19 case activity, increased community spread, and significantly restricted medevac capacity, the Emergency Operations Center said it believes it is in the best interest of the community to extend the current COVID mitigation measures.

Changes to the end date were debated. It was proposed by staff that June 1st of next year is when the extension should end. Concerns were raised during the meeting by members of the assembly and the public that the date was too far out, so it was changed to March 1st, 2022. City Attorney Robert Palmer clarified that the ordinance does allow the assembly to repeal it by motion at any time.

There was testimony questioning the need for a fine, Juneau City Manager Rorie Watt said the fines need to be added because the city's approach of having voluntary compliance has slowly eroded, and said they are no longer as successful with voluntary compliance.

A change was proposed by Assembly Member Maria Gladziszewski to strike out fines from the ordinance, the motion had failed 2 to 6 with Members Michelle Bonett-Hale and Wade Bryson voting in favor of removing the fines. Bryson was asked about his decision.

"I was first worried that the more vulnerable the businesses or more vulnerable the person is, it would have a more negative consequence on them," said Bryson. "The community has done a phenomenal job, and while people differ on their opinion of how successful the measures are, Juneau's outcomes have been really good."

Assembly Member Greg Smith was one of those who voted against removing fines.

"We're not trying to punish people, it sounds like we've actually fined zero people so far on it," said Smith "It's just, if we're gonna have an ordinance and have a rule, there needs to be a way to enforce it, just kind of as a principle of good governance."

During the public comment period, over 50 members of the community testified. A majority of the in-person testimony was against, but it was pointed out that testimony came in via email as well. Mayor Beth Weldon said they received over 200 communications that support the ordinance and 90 against. Smith was asked how much the public input influenced his decision.

"We also got hundreds of emails, some of which I was kind of reading through right up until the end of the meeting, so we do listen. It's just there's a lot of diversity of opinion," he said. "We appreciate when people come into the room and talk to us, but there's a lot of different ways we get perspectives from the community and we listened to it all."

After amendments were addressed, the ordinance passed without objection.