Juneau events showcase music on the science of climate change 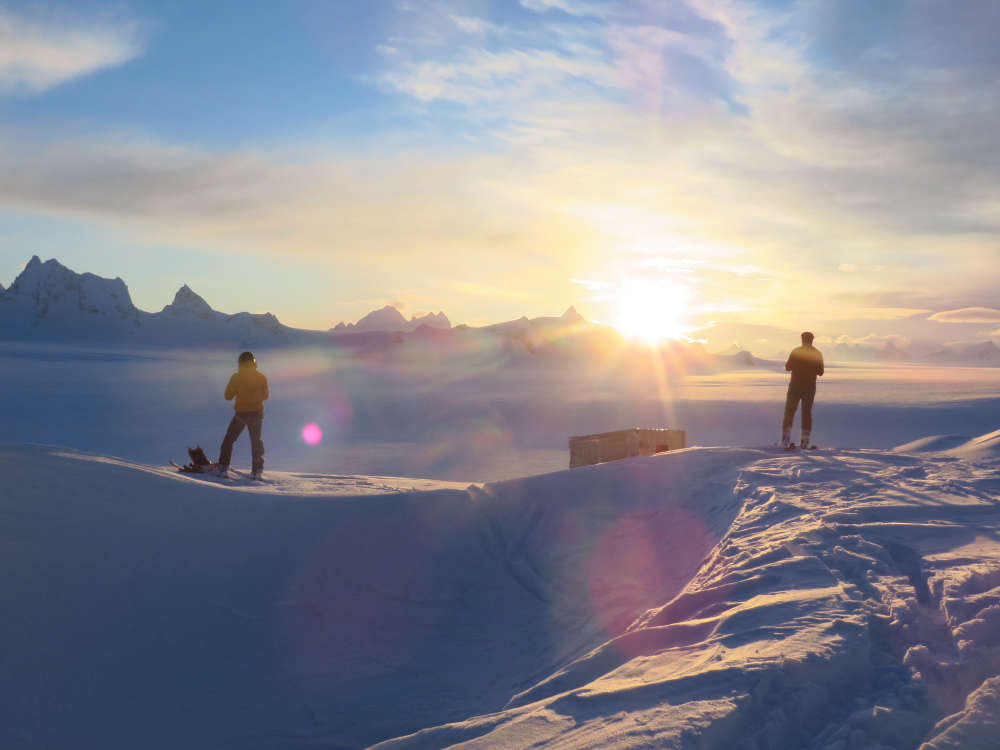 Scientists work on the Juneau Icefield. The research from their work was turned into a musical composition that is being featured in a concert in Juneau. (Photo by Joanna Young)

Juneau, Alaska (KINY) - University of Alaska Fairbanks scientists have teamed up with the Juneau Composers Consortium and Con Brio Chamber Series for a program of original musical works that interpret climate research.

“Climate Soundscapes” will premiere at two concerts in Juneau — at 7:30 p.m. Friday, Nov. 18, in the Ḵunéix̱ Hídi Northern Light United Church and at 2 p.m. Saturday, Nov. 19, in the state Division of Libraries Archives and Museums building atrium. Admission is pay-as-you-can.

UAF climate researchers also will give a science talk at 1:30 p.m. Friday, Nov. 18, at the University of Alaska Southeast’s Egan Lecture Hall.

Following the Saturday performance, the audience can join musicians, composers and scientists at Amalga Distillery to learn more about the project and enjoy a climate change-themed cocktail crafted for the event.

The project is the brainchild of Kaja Brix, affiliate professor with the UAF International Arctic Research Center; Marta Lastufka, vocalist; and Mike Bucy, Lastufka’s husband and the founder of the Juneau Composers Consortium.

“We saw this as a way for the impacts of climate change to resonate, literally,” recalled Brix.  “We wanted to connect communities — the scientific and the musical, Juneau and Fairbanks, people from all backgrounds — on something that matters to all of us in Alaska.”

“When Mike approached me about producing a program of these works, I simply couldn’t say no to such a wildly creative and thought-provoking idea,” said Schlichting. “I knew immediately the intersection of science and music would engage a diverse audience across our community.”

“Glacial Pathways,” a composition in the program, comes from a partnership between glaciologist Joanna Young and composer William Todd Hunt. The music lets people hear how the timing and volume of nutrient-rich glacial meltwater are affected by climate change.

The composition ends with two possible pathways for the future of Alaska’s glacial rivers — one if glaciers continue to shrink and another more hopeful alternative showcasing the renewal of glacier meltwater if humanity collectively alters the course of climate change.

“Working on this collaboration in many ways felt like working on a ballet with a choreographer,” said Hunt. “I got to play with musical ideas that might reflect her work and give life and motion to aspects of her research.”
The compositions will be performed by Juneau musicians, with ensembles ranging from a piano duo with strings to a 12-instrument complement. Between performances, the scientist and composer pairs will introduce each piece and bring concertgoers closer to the science.