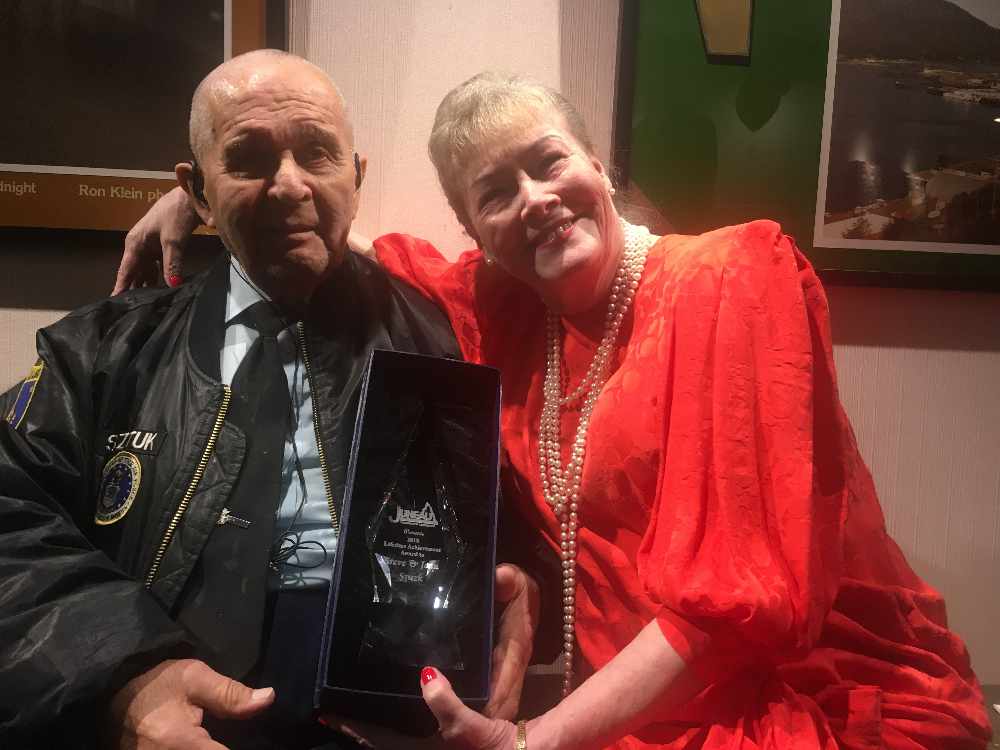 Jean and Steve Sztuk pose with their Lifetime Achievement Award

Day is the Port Manager for Princess Cruises, Holland America Line, and Seabourn Cruise Line. In his position, he’s responsible for a variety of vessel operations in Alaska, the Baltic, Hawaii, Southern California, and Western Mexico.

Day was humbled when the announcement of his selection was made at the Chamber’s Annual Banquet Saturday night.

Day was among those who spearheaded the creation of the Tourism Best Management Practices program and has overseen changes to the program each year since its inception in 1996. The program is based around a series of guidelines that participating tour operators agree to follow.

The program is a trendsetter that is being duplicated around the world.

Day grew up in Southern California. He attended the University of Denver and California State University at Fullerton, graduating with a Bachelor of Arts degree in Business Administration with a dual major in Marketing and Management. 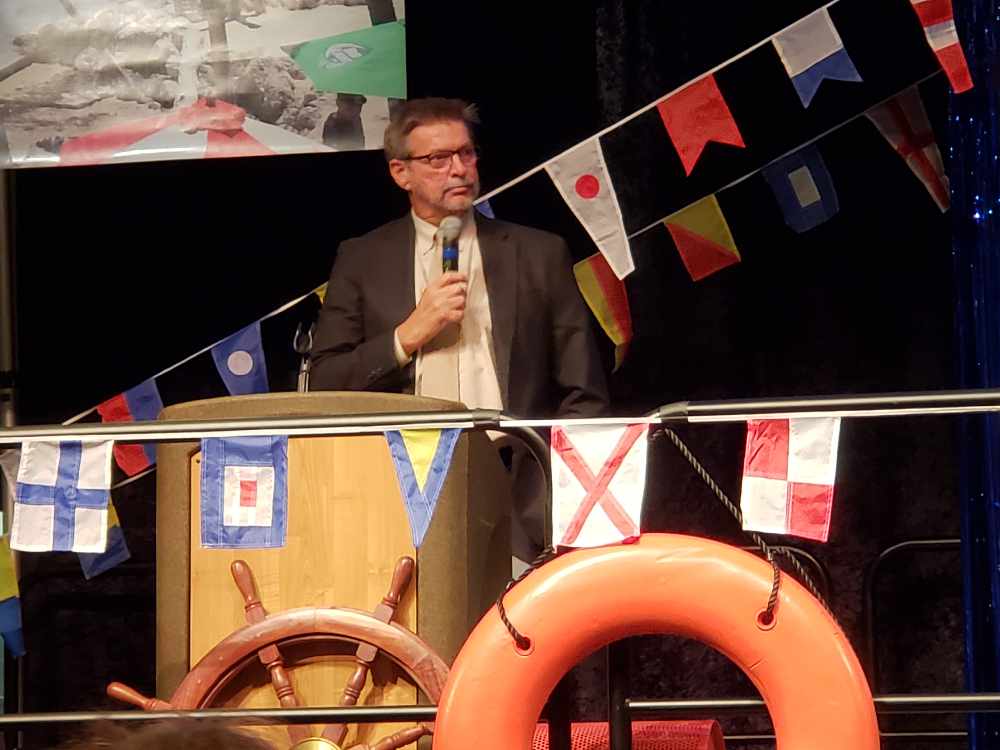 His cruise industry career began in 1980 working for World Explorer Cruises as a shore excursion manager, cruise director, and operations manager. He relocated to Tahiti in 1985 to manage the year-round operations of American Hawaii Cruises in French Polynesia.

Day moved to Juneau in 1987 to work for Cruise Line Agencies of Alaska as its port manager. He was hired by Princess Tours in 1991 to oversee Southeast Alaska motor coach operations for the company and eventually moved over to the Princess Cruises ship/marine operations side of the business, becoming responsible for ship operations in various regions of the world.

Egan was out of town and unable to attend the banquet

Burns said they wanted to honor Egan’s long service to the community. “His service in the Legislature, as mayor, and as a business leader have contributed greatly to our community. He is most deserving of this honor.”

Egan will conclude his term of office in the Alaska State Senate when the next Legislature convenes in January after he decided not to seek re-election.

Egan was born March 3, 1947, in Juneau when Alaska was still a territory. His parents were Bill and Neva Egan. Egan’s father served as Alaska’s first and fourth governor.

Egan worked at KINY Radio during high school and after broadcast engineer training in the 1960’s. He started hosting the Problem Corner program for 30 years beginning in 1980 and eventually became the manager and co-owner of Alaska Juneau Communications Incorporated, which owned KINY and KSUP. Egan was named Broadcaster of the Year in 1990 by the Alaska Broadcaster’s Association and was inducted into the association’s Hall of Fame in 2001. His television credits include an appearance on I’ve Got A Secret in 1959 when he was 11, the year Alaska entered the union.

Egan also served in the Alaska National Guard from 1967 to 1974. He worked on the Trans Alaska Pipeline with Caterpillar, Incorporated, and for the State of Alaska.

The Sztuks were recognized by the chamber for their work with the Juneau 4th of July Parade Committee.

The couple retired from the committee following this year’s parade. Jean led the effort over a decade as the director and secretary while Steve served as the sergeant-at-arms and on the staging crew. The couple was surprised when the award was announced.

Burns said their efforts were appreciated by the community. “While we enjoyed the one-day event, the Sztuks, along with the  other hard-working committee members, worked all 364 days of the year to ensure the event was organized and went off with very few hitches.”

When announcing their retirement, Jean said  "I've had all the fun that I can take. It is time for someone younger with new ideas to come in and run the parade."

Steve and Jean are also longtime members of the Civil Air Patrol. In the mid-1950s Steve flew a PA-18 Piper Super Cub from Hondo Air Base in Texas to Juneau to train previous World War II pilots.  Jean said there were no navigational instruments and no radios.  Steve said, "I just kept the left wing toward the Pacific Ocean and the right wing toward the states.

Steve joined the Army Air Corp when he was 16 after lying about his age. He served in the Aleutian Islands flying medical evacuation missions in a Catalina PBY.

Steve has been an active member of the Civil Air Patrol in Juneau for 67 years and Jean has been a member for 51 years.

They were married 51 years ago on June 21, 1967, They flew to Sitka to get married in the Presbyterian Church there since Jean had attended Sheldon Jackson College.

The chamber's annual banquet also marked a change in officers.  With Burns completing his one year as president, Mike Satre began his one year tenure.

For the latest on the Greater Juneau Chamber of Commerce, check out their website.